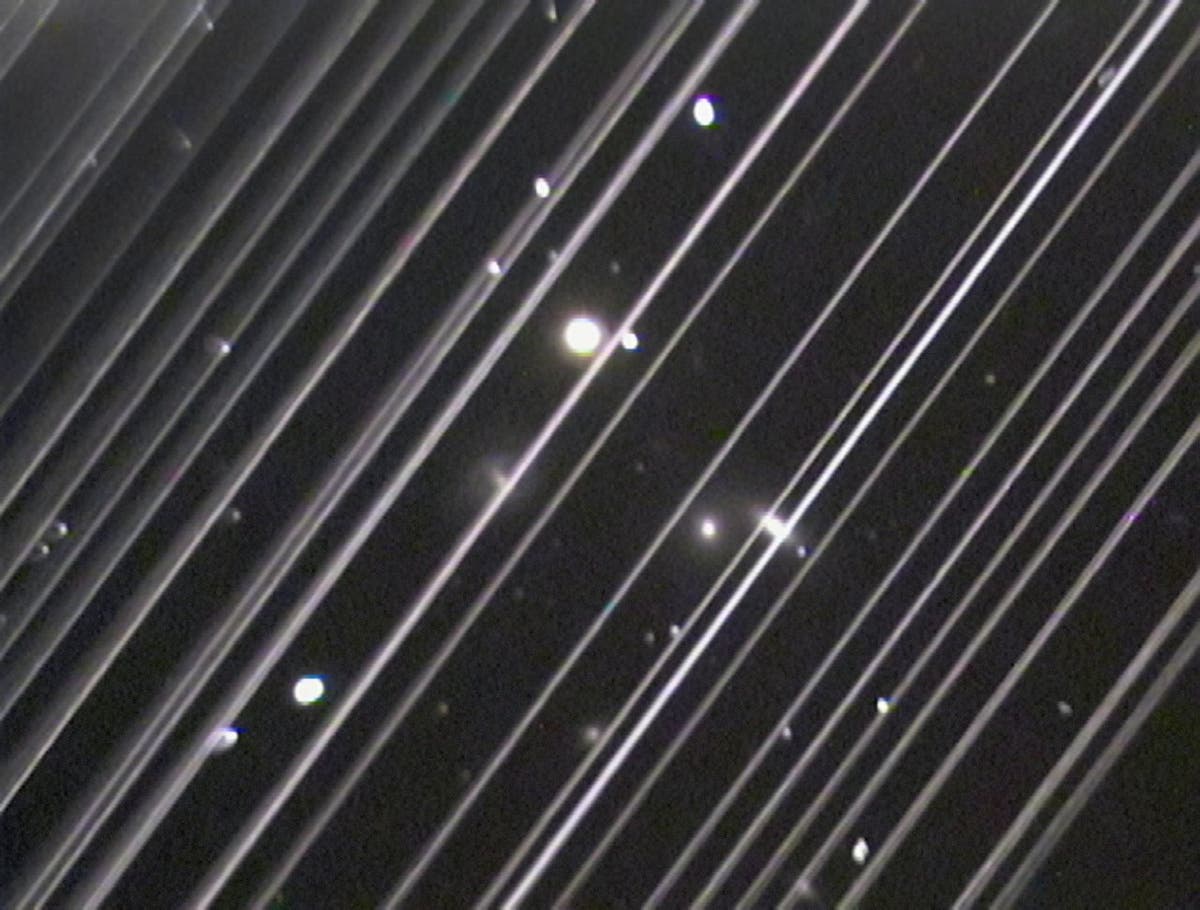 Satellites may be causing much more of a problem for astronomers than previously thought, according to new research.

The new findings suggest that the artificial objects in the night sky are making it brighter than we had realised, lifting the amount of light by more than 10 per cent.

That would mean that the night sky has gone past a threshold established 40 years ago to determine whether a certain location can be considered polluted by light.

In recent years, astronomers have become increasingly concerned by the vast and growing number of artificial objects in the night sky. Of particular worry are “megaconstellations” – vast trails of satellites such as those required for SpaceX’s Starlink satellite internet.

Companies including SpaceX have been looking at ways at darkening those satellites so that they cause less of a problem for astronomers and anyone else looking out at the night sky. But the rapidly growing number of such satellites mean that the damage could continue.

Unlike more traditional light pollution from sources on the ground, satellites can cause more of a problem for astronomers. Observatories are typically built away from more built-up areas to avoid any light polluting their work, but they are unable to escape more general pollution across the sky.

In the study, researchers looked at satellites that are still working, as well as non-functional debris such as pieces of used-up rockets.

While those pieces can look like individual objects to highly developed equipment such as telescopes and specialised cameras, to humans they only create a more general sense that the night sky is brighter. That could get in the way of seeing important sights such as the glow of the Milky Way.

The authors of the new research, due to be published in Monthly Notices of the Royal Astronomical Society: Letters, said that they had been shocked by how much the brightness had increased.

“Our primary motivation was to estimate the potential contribution to night sky brightness from external sources, such as space objects in Earth’s orbit,” said Miroslav Kocifaj of the Slovak Academy of Sciences and Comenius University in Slovakia, who led the study.

“We expected the sky brightness increase would be marginal, if any, but our first theoretical estimates have proved extremely surprising and thus encouraged us to report our results promptly.”

The researchers also warn that the satellites could pose another danger: the higher chance of collision as more objects are floating in space.

They said that the growing light pollution and its effect on the population more broadly could trigger a conversation about how to protect the view of the sky.

“Our results imply that many more people than just astronomers stand to lose access to pristine night skies,” said John Barentine, Director of Public Policy for the International Dark-Sky Association and a study co-author. “This paper may really change the nature of that conversation.”