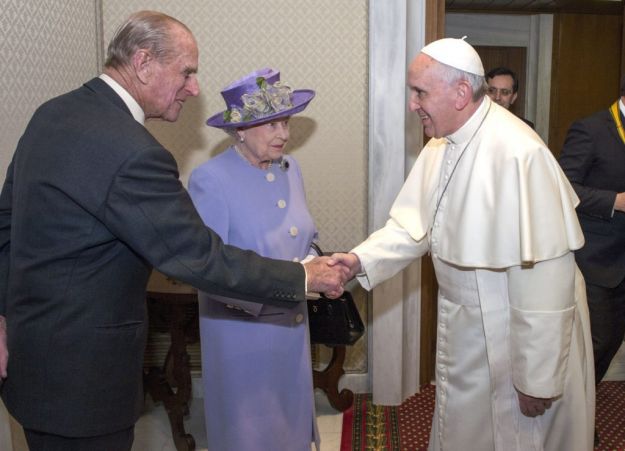 Pope Francis has offered Britain’s Queen “heartfelt condolences” for the loss of her husband and praised Prince Philip for his devotion to marriage and “distinguished record” of public service.

In a telegram sent by the Vatican’s secretary of state and made public on Saturday, Francis said he was “saddened” to learn of Philip’s death at the age of 99.

“Recalling Prince Philip’s devotion to his marriage and family, his distinguished record of public service and his commitment to the education and advancement of future generations, His Holiness commends him to the merciful love of Christ our Redeemer,” read the telegram sent in the pontiff’s name.

“Upon you and upon all who grieve his loss in the sure hope of the resurrection, the Holy Father invokes the Lord’s blessings of consolation and peace,” the message concluded.

The presidents of China and South Korea have also sent messages after the duke’s death.

Chinese President Xi Jinping and his wife, Peng Liyuan, have sent their “deep condolences” to the Queen on the death of her husband, the official Xinhua News Agency reported.

He tweeted on Saturday that South Koreans will “forever remember” the contribution Philip made to friendly ties between their country and the UK when he visited with the Queen in 1999.

“I offer my condolences and share the grief with the bereaved family and the people of the United Kingdom,” he said.

One dead and five wounded in stabbing at Vancouver library; suspect in custody