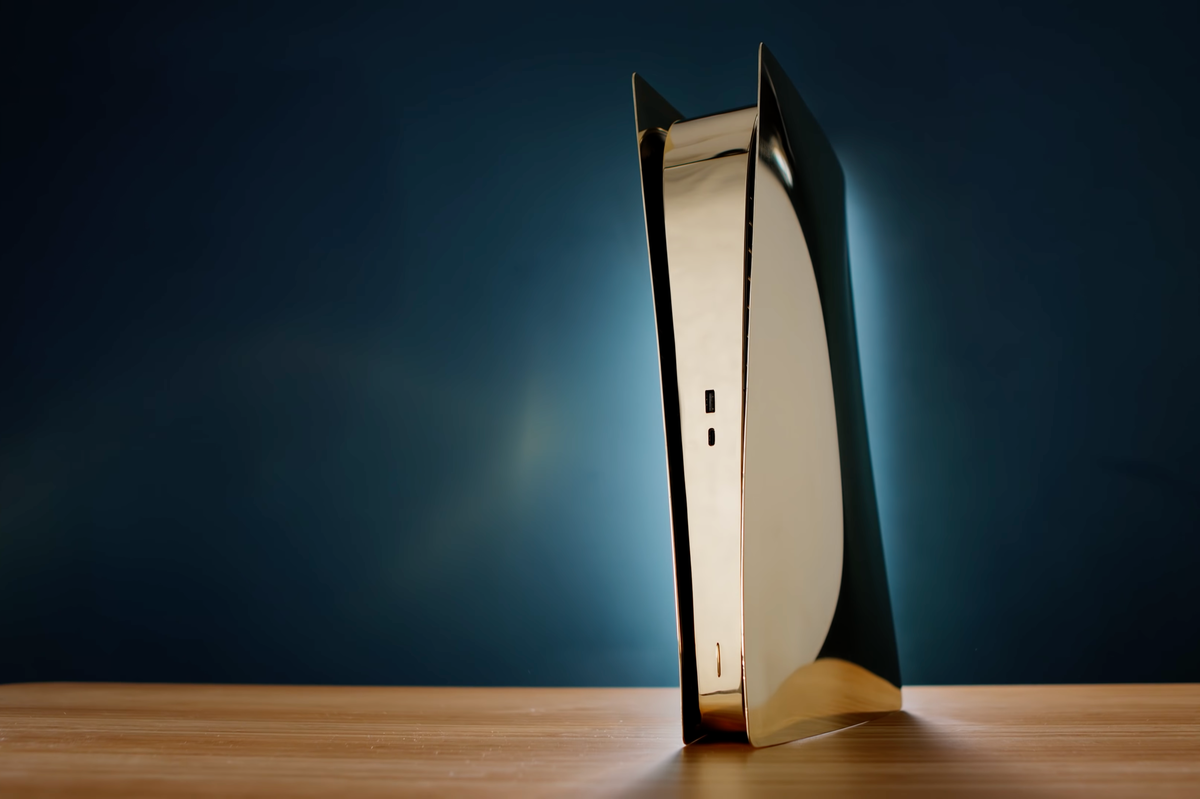 A YouTuber has created a brass version of the PlayStation 5, as fans continue to struggle to find one made out of any material.

Matt Perks, who runs the channel DIY Perks, recast the outside of the console in bronze and put it all back together to make a console that continued to work as new.

He said that he had chosen brass because it is a relatively easy material to work with, even for people with limited experience, but can still create a striking look.

Mr Perks did not indicate how he had managed to get hold of a console, which remains very difficult indeed. The brass version comes as fans struggle to get any kind of PlayStation 5, with a global chip shortage and incredibly high demand meaning that the console sells out as soon as it arrives on any store.

Even amid those shortages, however, those who have a PlayStation have found clever ways to modify it. Because the console only comes in one colour – mostly white – DIY makers as well as companies have looked to make ways of turning the PlayStation black as well as other modifications.

The PS5’s design was controversial when it came out, with some mocking it as looking like Batman’s ears, a coffee machine, or a large router. Sony took a notably different tack than Xbox, which kept its designs for the Xbox Series X and S much more simple, leading to comparisons with a fridge.

Perks is nonetheless glowingly positive about the PS5’s design in the video. He calls it “extremely striking” and “iconic”.

“It’s basically a modern sculpture,” he says in the video. “And it’s undoubtedly going to go down as one of the most recognisable consoles ever.”

But he noted that the plastic of the console reflects the fact it is mass produced, and that led him to wonder what it might be like to make the console out of higher-quality materials – brass.

Creating the brass PS5 required stripping it down to its parts and recasting the outside in brass. The console could then be rebuilt out of the metal pieces.

The only major issue with the WiFi connection, which was blocked by new metal case. But that was solved by moving the antenna around inside the console itself, Mr Perks says in the video.

Sony shuts down web store that sold PS3, PSP and Vita games as it looks towards PS5