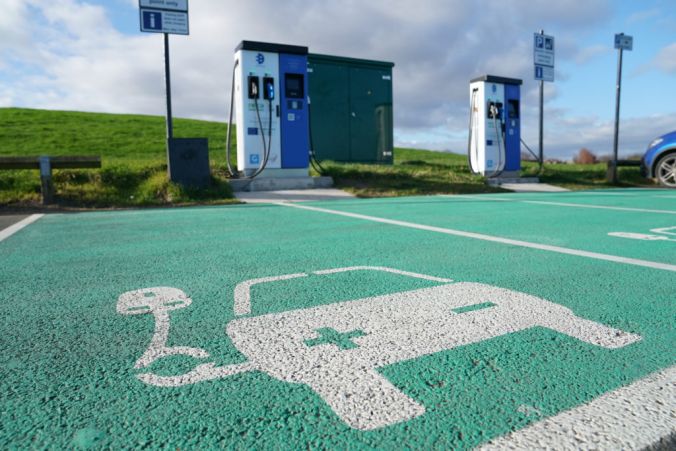 The Government has announced that it is trimming grants given to buyers of plugin-hybrid electric vehicles (PHEVs) from July 1st, while there is a cap on the grants to full-electric new cars.

They’re being reduced. The Government has announced that it is trimming grants given to buyers of plugin-hybrid electric vehicles (PHEVs) from July 1st. From that date, the current grant, given by the Sustainable Energy Authority of Ireland (SEAI) will be cut from €5,000 to €2,500.

Kind of. A spokesperson for Audi Ireland, one of the brands whose electric and PHEV models will be most affected by the moves, said that he was relatively comfortable with the news, noting that “I don’t think that this is aimed against a particular segment, it’s not just a case of those who can afford it. We knew that subsidies had to end eventually, and we can manage the cost going forward.”

While there will be many who will agree with the sentiment that those spending more than €60,000 on a new car are hardly needy of a Government payout of €5,000 the move does nonetheless signal that changes are coming in electric motoring, and that may have an effect on sales.

But those who need it will still get the grant?

Well, yes, but there are ‘optics’ to consider. Certainly, there are some experts who feel that constantly chopping and changing incentives for electric cars sends out the wrong message. Erik Figenbaum is a Norwegian expert on electric vehicle policy, and the chief research engineer at Norway’s institute of Transport Economics. He told Breakingnews.ie: “Inconsistency is a problem. I think if you want to make changes, they should be advertised earlier, maybe you say two years from now we will start changing the incentives, not just doing it overnight Then it gets very difficult for businesses to plan, how many electric vehicles do they plan on selling in Ireland, it’s very difficult to get a long-term business commitment when the framework is unstable. There’s a balancing act to find. The target and the policies need to match, so if you have very ambitious targets then the policies need to be equally so ambitious, and incentives too.”

Why cut the plugin-hybrid grant?

There’s a feeling that a cut in incentives for plugin-hybrid models will arguably be less controversial, even though such vehicles are often seen, and described, as a useful bridging tool for consumers who are reluctant or nervous to take the leap into fully-electric tech.

PHEVs have had their critics, though, with one environmental organisation, the Transport & Environment think-tank (T&E), describing them as ‘fake electric cars.’ Julia Poliscanova, clean vehicles manager at T&E, told breakingnews.ie that: “Europe’s CO2 limits for cars could be a breakthrough for e-mobility, but regulators still have a lot of work to do. National governments should limit incentives to zero-emission and long range plug-in hybrid cars only. Otherwise carmakers may go down the road of least resistance and comply with fake ‘electric’ cars that never get charged and spew out as much CO2 as big SUVs.”

So plugin-hybrids are a bad thing?

Not necessarily. There’s a lot of grey areas here. The problem with PHEVs is that it all comes down to how the individual consumer uses them. If a fully electric car is sold, you can be guaranteed that it will be charged up and run on electric power only — there is no choice in the matter. If a PHEV is sold, you’re relying on the owner to diligently plug it in and make as much use of the electric half of the powertrain as possible. Or, as many accuse some PHEV owners of doing, they can just take the grant, ignore the plug, and fill up with petrol all the time. At least, you might think, they are still driving a hybrid? Well no — the extra weight and complexity of a PHEV means that they can, sometimes, be less efficient than a conventional, non-plugin, hybrid when driven without being regularly plugged in. In some cases, even a conventional petrol or diesel model would be more efficient overall.

Should I consider buying a PHEV before July?

If you want one, definitely get one before July. But consider that it is the case that not all PHEVs are equal. Recently, independent vehicle testers GreenNCAP put a series of PHEV models through their paces, and gave them an overall ‘green’ rating. Perhaps unsurprisingly, Toyota’s plugin version of the venerable Prius Hybrid came out top, scoring a rating of four stars out of five. Kia’s generally very frugal Niro PHEV did well too, scoring 3.5 stars (so too, for reference, did Skoda’s conventional Octavia 2.0 TDI diesel and the 1.5 TSI petrol VW Golf). The Mitsubishi Outlander PHEV, though, did not fare well, taking just two stars home — a lesser rating than GreenNCAP gives to some ‘normal’ petrol or diesel models (although to be fair, the Mitsubishi is one of the oldest PHEV designs still on sale).

“People want independent, transparent information about the environmental impact of cars.  These PHEV results show why that is so important.  Consumers could be forgiven for thinking that, by buying a car labelled ‘PHEV’ and keeping it charged all the time, they will be doing their bit for the environment, but these results show that this is not necessarily the case. The Outlander shows that a big, heavy vehicle with a limited driving range is unlikely to offer any benefit over a conventional car. On the other hand, Toyota, with its long experience of hybrid technology, has done a terrific job and the Prius, properly used, can offer clean, efficient transport. It depends on the implementation and hybridisation strategy but what is true of all PHEVs is that they need to be charged regularly and driven as much as possible on battery power if they are to fulfil their potential” said GreenNCAP’s Niels Jacobsen.

Has the PHEV already been rendered obsolete by better electric cars?

There’s actually a pretty good argument for just that case. There are those in the industry who feel that the PHEV’s day has already been and gone. One such insider confided to breakingnews.ie that “I think the COVID lockdowns will make people jump a stage and go right into full EVs. Especially because to use a PHEV properly you have to have a driveway charger so you may as well go full EV. PHEVs feel a bit like old-school iPhone batteries, where you are constantly eyeing up places and opportunities to charge. Otherwise it’s just an underpowered car carrying extra weight.”

Which are the best PHEVs?

Right now, the ones that would be top of our shopping list are the BMW 330e and 530e (which can be surprisingly frugal even when not plugged in regularly); the Kia Sorento PHEV (big, comfy, classy, but you need to plug in regularly to make the most of it); the Kia Niro PHEV (we got 65mpg out of it even on longer motorway runs); the Volkswagen Golf GTE (the old Mk7 GTE makes a cracking second-hand buy, especially); and the Peugeot 508 225hp PHEV (looks great, nice to drive, very economical).

Exposure Therapy: Walk through your fear

Unusual tales from the Mahabharata