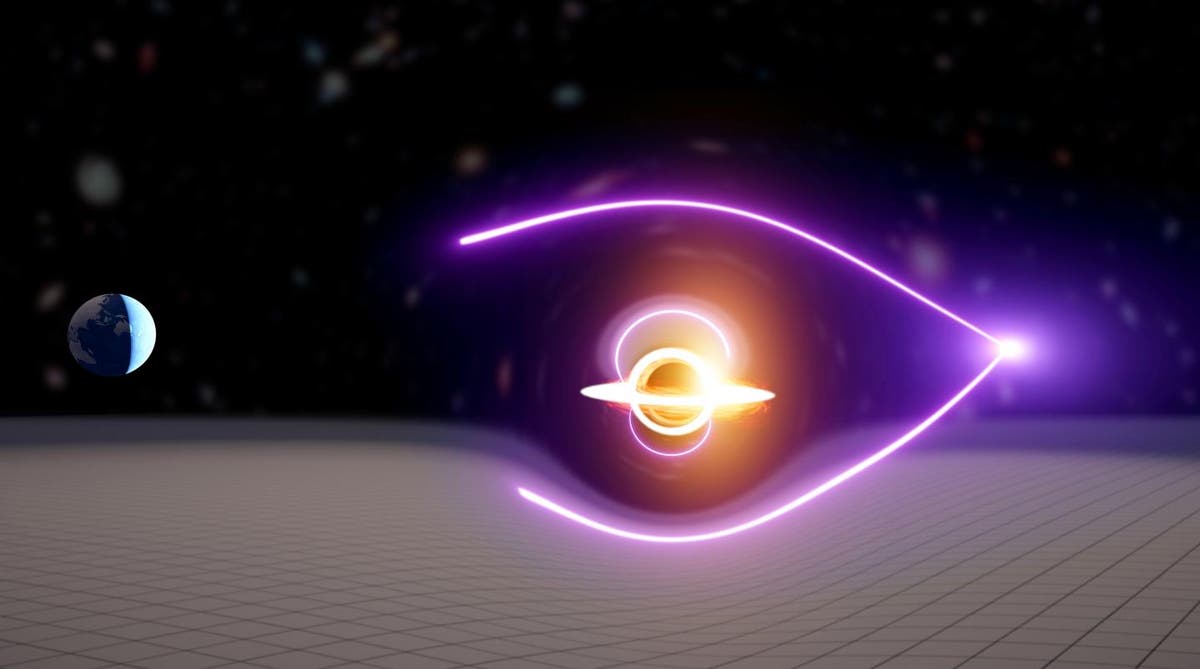 Scientists may have found a black hole that could change our understanding of the universe.

For decades, researchers have been looking for an example of a “goldilocks” black hole – one that is between the low-mass ones found throughout the universe and the supermassive examples that are at the centre of much discussion of black holes.

The theory suggests that there are many of these black holes around, formed as lower mass black holes turn into the supermassive ones. If we knew how many of them there are, it would help provide better information how black holes form and evolved over time.

But actually finding one has been difficult, as they are too large for some ways of detecting black holes and too small for the others. There has been little actual observational evidence they exist, and what evidence there is has not been definitive.

That is despite theoretical work that suggests there are vast numbers of those black holes throughout the universe. There are probably some 46,000 of them in just the vicinity of our own Milky Way galaxy, researchers estimate.

Now researchers have said in a new paper published in Nature Astronomy that they have found evidence of exactly one such black hole, with information about its existence coming to us from the early cosmos.

Evidence of the black hole came to Earth in the form of light, distorted by an explosion that happened when the universe was just in its beginnings. Scientists looked through information on thousands of bursts caused when stars collapse or merge, in the hope of using one to peer into the early universe.

They do so using a process called gravitational lensing, which uses objects in the cosmos as observational instruments. Gravitational lensing happens when such an object takes those blasts and distorts them like a lens, creating multiple images that can be seen at different times.

Researchers can then use that time delay to see objects that would otherwise never be spotted.

One of those bursts appears to have been subject to gravitational lensing, the researchers found, by an object that had a mass several tens of thousands more than our own Sun. That suggests that it is likely that the lensing was caused by one of the intermediate-mass black holes that researchers have been looking for for years, they say.

“This newly discovered black hole could be an ancient relic — a primordial black hole — created in the early Universe before the first stars and galaxies formed,” said study co-author Eric Thrane from the Monash University School of Physics and Astronomy and Chief Investigator for the ARC Centre of Excellence for Gravitational Wave Discovery (OzGrav).

“These early black holes may be the seeds of the supermassive black holes that live in the hearts of galaxies today.”

Further research is required to try and find how many of these elusive black holes exist, and what they could tell us about the evolution of other kinds of black holes, the researchers said.

“Using this new black hole candidate, we can estimate the total number of these objects in the Universe,” said Rachel Webster from the University of Melbourne, a co-author on the paper. “We predicted that this might be possible 30 years ago, and it is exciting to have discovered a strong example.”

It could also explain the mysterious growth of supermassive black holes like the one that sits at the centre of our galaxy.

“While we know that these supermassive black holes lurk in the cores of most, if not all galaxies, we don’t understand how these behemoths are able to grow so large within the age of the Universe,” said Lead author and University of Melbourne PhD student, James Paynter, in a statement.

Sony shuts down web store that sold PS3, PSP and Vita games as it looks towards PS5