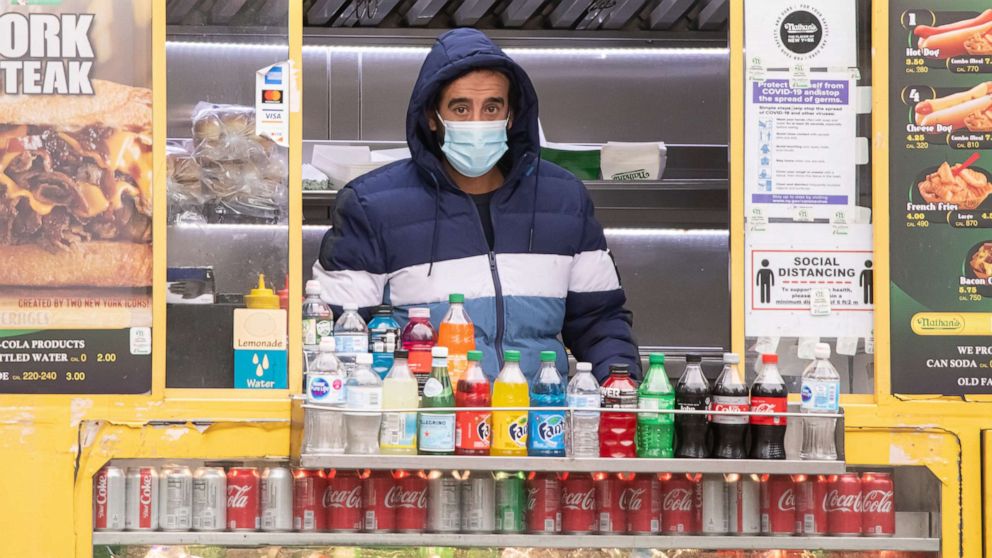 Take a walk through Washington, D.C.’s Columbia Heights neighborhood and street vendors are packed side by side selling their array of goods.

From the abuelitas selling taquitos to artists hawking cartoon portraits, street vendors were hustling long before the pandemic. But they are being forced to adjust even more due to the downturn caused by COVID-19.

“I got to focus more on my art because I told myself, ‘OK, there’s no job,'” said Cherif Mamadou, a painter from the Ivory Coast who sells personal acrylic paintings on the sidewalk. “I have something that I can do. Let me focus on money. … But I’m thankful to God, I have something, I can do something.”

Many street vendors are immigrants, some undocumented and therefore ineligible for benefits like government stimulus checks.

“The United States is a nation of opportunities for immigrants like me, who come from Latin America,” said Hector Flores, an undocumented street vendor who sells shoes on the streets of Washington, D.C. “We come with the objective of pushing forward and help our parents, our families, because the matter there was very, very difficult.”

In March, food delivery couriers and street vendors launched a hunger strike in New York City demanding more relief for undocumented workers, according to media outlet The Counter. The goal was to put pressure on lawmakers to fully fund cash assistance for residents who haven’t been able to access stimulus checks or unemployment insurance.

“Street vendors are the smallest businesses you can find in New York City. They are a real picture of what the American dream should look like for all immigrants who come to this country to try to start their own small businesses,” said Mohamed Attia, who represents food cart workers in New York City through the Urban Justice Center’s Street Vendor Project.

Despite a lack of government assistance, street vendors can still be found scattered around the country still hustling.

“Everybody needs something, there are no jobs, they got to survive,” said Mamadou. “So everybody’s got to be setting the table.”

6 dead in Texas in apparent murder-suicide after brothers made pact, police say