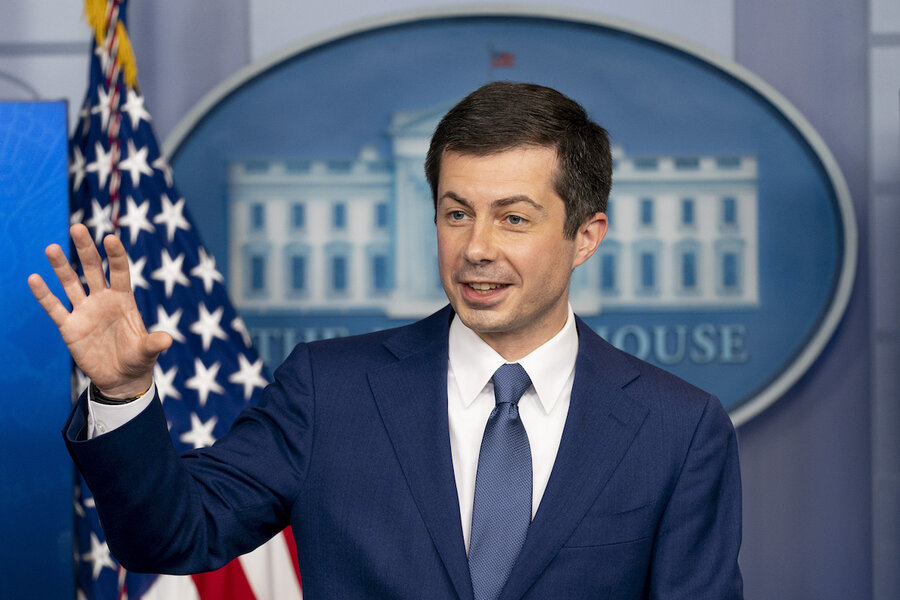 Through the years that she has been fighting against it, Amy Stelly’s opponent has remained unmoved, looming nearby and covering her New Orleans home with filth: an elevated highway, towering above her once-thriving neighborhood.

Since its construction in the 1960s, the section of Interstate 10 running above Claiborne Avenue has decimated what used to be the center of the city’s Black community, said Ms. Stelly, including businesses and greenery.

Once a bustling retail corridor shaded by mature oak trees, the street satisfied all of the community’s needs, the designer and urban planner told the Thomson Reuters Foundation. “Doctors, dentists, groceries. It was the place to be.”

“Over time, the neighborhood became disinvested and businesses closed,” said Ms. Stelly, who has been called a “freeway fighter” for her decade-long struggle to get the city to remove the elevated interstate entirely and reroute traffic.

Now her battle is getting a boost from President Joe Biden’s new infrastructure package, which brings high-level attention to the effects of urban highways.

The announcement of the plan in March referenced the need to redress historical infrastructure inequities, specifically calling out how “past transportation investments divided communities – like the Claiborne Expressway in New Orleans.”

Earlier that month, members of Congress had proposed $10 billion to facilitate highway removals or redesigns as part of a broader economic justice bill.

“There’s never been explicit presidential support for something like this,” said Ben Crowther, program manager at the Congress for the New Urbanism (CNU), a Washington-based nonprofit that tracks highway removals.

If funding was made available “exclusively for removing highways and righting the historical wrongs they’ve perpetuated,” he said, “that would tip the scales in favor of a lot more removal projects.”

The history of highway removal begins with the story of highway building during the 1950s and 1960s, which often meant slicing through communities of color, Mr. Crowther said.

“Some were overtly racist, some were systemically racist. That included the fact that this was low-value land, in part because Black people were living there,” he said.

Those highways brought with them significant health risks, including higher rates of cardiovascular disease, cancer, and asthma, according to a report by the Lincoln Institute of Land Policy.

“Freeway construction in many [United States] cities caused homes and businesses to be demolished; limited access to housing, services, jobs and open space; and polluted air, soil and water,” the report found.

Addressing these issues today can include capping or burying highways, rerouting them to less densely inhabited areas, or even removing spur highways – which branch off of major roadways – and other infrastructure entirely.

According to CNU’s count, about 18 U.S. highways have been removed in some form since the late 1970s, with a significant spike in the past five years.

Drive times have typically gone up by only a few minutes, Mr. Crowther said, despite critics’ predictions of traffic-related “Armageddon.”

The momentum for such projects typically comes from mayors, but they are now being helped by the advanced age of the national highway system, said Beth Osborne, director of Transportation for America, an advocacy group.

“All of these highways need to be completely replaced at this point, so it’s a good time to talk about it and think differently today than we did in previous decades,” she said.

Greenville, South Carolina, took down a four-lane bridge in the early 2000s and uncovered a waterfall, then created a park around it that made the neighborhood a major draw, said Alex Laska, transportation policy advisor with the think tank Third Way.

And Mr. Crowther at CNU pointed to Rochester, New York, which spent $22 million to fill in part of its inner loop highway in 2017, reclaiming 6.5 acres of land.

Within two years, the city had generated investments worth $229 million in development off of that land, he said.

He noted the experience of Oakland, California, where a highway relocation in the 1990s fueled gentrification and displacement.

Many advocates want to ensure that mistake is not repeated, said Mr. Laska at Third Way.

“It would be a tragedy if the people we were trying to help by taking [highways] down ended up getting priced out afterward,” he said.

In December, amid the new federal focus on highway removals, Mr. Laska and Ms. Osborne collaborated on a report to help communities and officials get ahead of the issue.

The proposal includes having communities establish land trusts or “land banks” that could receive initial ownership of any property that becomes available, which in turn would help support affordable housing or new small businesses.

Proceeds from property sales could help other local homeowners pay the increase in property taxes due to gentrification, Mr. Laska said.

Lawmakers have expressed interest in adding such elements to future legislation, he noted.

In New Orleans, the prospect that gentrification could follow if she succeeds in getting the Claiborne Expressway removed already has Ms. Stelly worried.

“I’ve said to the city that we need to work on equity now, not when the highway is down,” she said.

Ms. Stelly suggests tax relief for long-time residents, incentives to encourage Black businesses to move into the area, and zoning changes to allow for the construction of smaller buildings that could be more affordable to new business owners.

A New Orleans city hall spokesman said in emailed comments that the mayor and city “appreciate the Biden administration’s acknowledgement of the devastation to surrounding African-American businesses” caused by the construction of the elevated highway.

“Since taking office, our administration has focused on improving the city’s aging infrastructure, and doing so in a manner responsive to the needs of all of our residents,” the spokesman said.

“Highway removal is now glamorous – I never thought I’d see that,” she said.

“For neighborhoods that have been destroyed by urban highways all across the United States, there’s hope that the environmental, social and economic injustices can be reversed now.”

6 dead in Texas in apparent murder-suicide after brothers made pact, police say