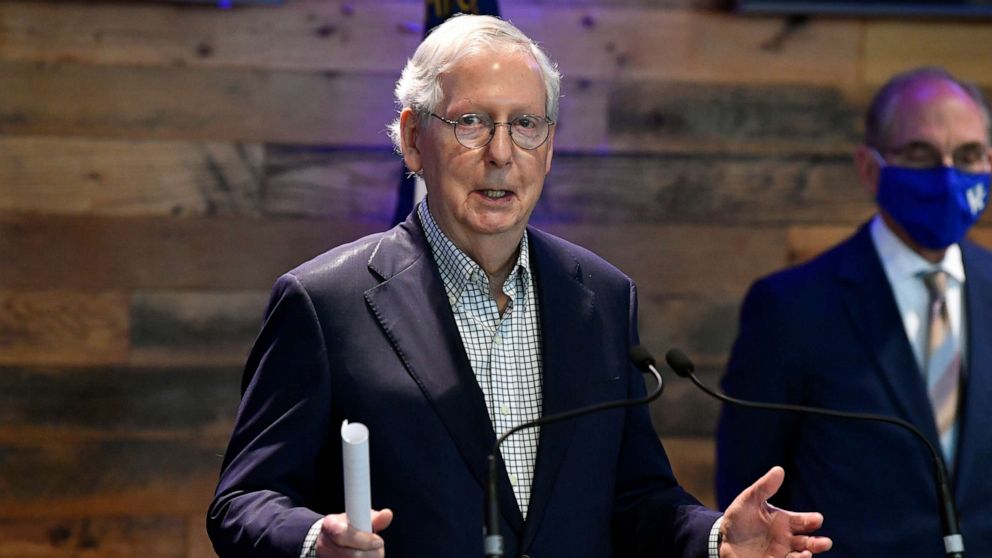 Mitt Romney was right on the facts, if wrong on the politics, when he told hecklers in Iowa nearly a decade ago that “corporations are people.”

They are people who, confronted with the reality that silence on political issues means taking a side, have gotten involved in heated debates over voting rights. They are also people who are having trouble figuring out who their friends are these days.

Now comes a test of the GOP’s new corporate feuds and newly strained relationships in business-friendly Texas. Democrats are using fallout from Georgia to apply pressure ahead of further legislative action expected Thursday — again signaling that silence will be heard.

Indeed they do, as Republicans even more than Democrats have made clear.

“My warning, if you will, to corporate America is to stay out of politics — it’s not what you’re designed for,” Senate Minority Leader Mitch McConnell, R-Ky, said Tuesday.

He went on to add, “I’m not talking about political contributions.”

Leading Republicans at both the state and federal level are threatening to reexamine tax breaks, increase regulations and scrutiny and generally be less receptive to requests from companies that have jumped into the fray.

“Stay out of things you don’t know anything about, and if you want to get involved, then you’re taking that risk,” Texas Lt. Gov. Dan Patrick said Tuesday. “They might come down the street the next session and have a bill they want us to pass for them. Good luck.”

Major corporate and sports-world involvement came too late to change Georgia’s new law, and may not matter in Texas or other states debating voting bills. But the fallout could outlast those debates.

Relatives of George Floyd gathered Tuesday to pray outside of the courthouse where former Minneapolis police officer Derek Chauvin is facing murder charges in his death.

“After we get the verdict and we get this conviction, we’ll be able to breathe,” said Floyd’s brother Philonise Floyd.

The testimony in the case has been damning for the defense with several law enforcement witnesses testifying that Chauvin’s knee to Floyd’s neck was a violation of department policy, but it doesn’t mean the jury will convict.

According data from Bowling Green University’s Henry A. Wallace Police Crime Database, which provides info on police prosecutions between the years of 2005 and 2015, criminal convictions of officers are far from a sure thing. Within the aforementioned time period, there were 187 cases of officers arrested for on-duty, violence-related crimes that resulted in a fatal injury to the victim. One hundred forty-three of those cases involved a murder or manslaughter charge and only 72 resulted in criminal conviction.

President Joe Biden pledged to launch a national police oversight commission within his first 100 days in office, but when ABC News congressional correspondent Rachel Scott asked about the status of that commission last week, White House press secretary Jen Psaki said she had no update.

Regardless of whether Chauvin is convicted, Biden has to address police reform because the activists who led protests across the country last summer will continue to demand change.

The death of Rep. Alcee Hastings on Tuesday was met with an outpouring of condolences and reflections on the 15-term Florida congressman’s sweeping legacy. It also ushered in a new wave of political complications for Democrats, despite presenting a likely victory for a Democratic successor.

The vacancy left by Hastings in Florida’s 20th Congressional District will add a fifth special election to the slate of four existing contests happening this year. Like the vacancies in Louisiana, New Mexico and Ohio, Florida’s new opening has a history of favoring Democrats — Hastings held the seat since his first win in 1992 and, more recently, Biden won across the district in a landslide.

The region’s deep blue leanings will likely set off a competitive and diverse Democratic primary, but in the meantime, the opening heightens the stakes in Congress by further narrowing Democrats’ House majority. Following next week’s swearing-in of Republican Congresswoman-elect Julia Letlow from Louisiana, Democrats will have a slim majority of just six votes, which sets up a tight margin for passing any legislation on a party-line vote.

Meanwhile, Republican Gov. DeSantis — who said in a statement that Hastings’ “service to our state will be remembered” — has yet to set a date for the primary or general elections. With those dates yet to be determined, the mathematical hurdle facing House Democrats could be in place for some time.

FiveThirtyEight’s Politics Podcast. The Biden administration announced its next big legislative push Wednesday — $2.3 trillion in spending on infrastructure and jobs — and the crew discusses potential sticking points and debates whether a Democratic initiative should be considered bipartisan if a sizable portion of Republican voters support it, but Republican lawmakers do not. They also take a look at how the Republican Party is reacting to its recent electoral losses. Oftentimes when parties lose elections, they do some soul searching and try to figure out how to make themselves more appealing to American voters. Democrats did that after 2016; Republicans did it after 2012. So are Republicans conducting any 2020 post-mortems? And if not, why? https://53eig.ht/3cW2rR7

Congress and TRS clash as Ramappa water released to Ganapasamudram

Breaking down claims about Georgia’s election law: What’s true and what’s not?