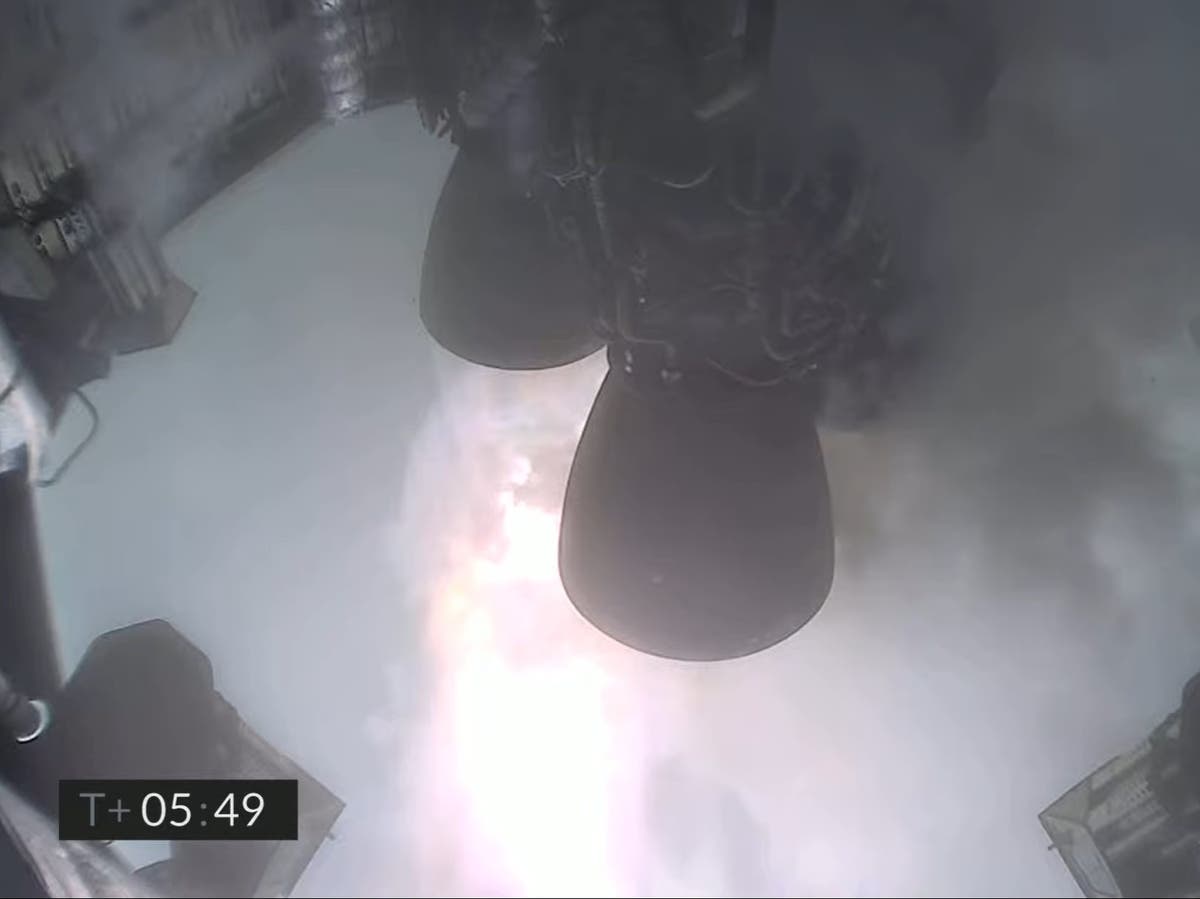 Five minutes and 49 seconds after lift-off from a fog-shrouded launchpad in Texas, the live stream aboard SpaceX’s latest Starship prototype suddenly froze.

The rocket had just fallen below 1km in altitude and its Raptor engines were in the process of igniting as part of the landing sequence. What was supposed to happen next was a landing flip manoeuvre that would shift Starship SN11 from its belly-flop descent position to a vertical orientation in order to touch down on the landing pad.

Instead, the roar of the rocket engines was replaced by what sounded like the fizz of a firework, followed by a series of thuds and bangs and finally an enormous clang that continued to resonate for several seconds over the frozen feed. Then there was silence.

More than a minute later, the commentator on SpaceX’s live stream returned but was unable to offer any explanation as to what just happened.

“Looks like we’ve had another exciting test of Starship number 11,” he said. “A reminder again, this is a test series to gather data on entry of the Starship vehicle at sub-sonic speeds as it comes back to the landing zone,” before adding, “we do appear to have lost all the data from the vehicle.”

The thick morning fog covering SpaceX’s Starbase facility in Boca Chica meant only Starship’s onboard cameras gave any clear view of the test flight, though several other cameras and microphones set up by space enthusiasts around the launch site offered proof that there had been some sort of explosion.

The best view was from a robotic camera set up by NasaSpaceFlight, which captured a bright orange flash that illuminated the fog, accompanied by a huge bang. Pieces of debris began to then fall from the sky, including one piece that appeared to hit the camera itself – stationed more than a kilometre away.

“At least the crater is in the right place!” tweeted SpaceX boss Elon Musk, shortly after the flight test reached its abrupt end. He later added that “something significant” had gone wrong, but it was not clear what exactly.

SpaceX updated its website a few hours after Tuesday’s test, confirming that there had been a “rapid unscheduled disassembly” at the start of the landing procedure.

“Test flights are all about improving our understanding and development of a fully reusable transportation system designed to carry both crew and cargo on long-duration interplanetary flights, and help humanity return to the moon, and travel to Mars and beyond,” concluded SpaceX’s statement regarding Starship SN11.

It is the fourth major Starship flight test to end in such a way, though perhaps more troublingly it is the first to end in a mid-flight explosion.

SpaceX’s Starship development timeline is hugely ambitious, with the first commercial flight already scheduled to take place in 2023, however SN11’s fiery end may not be as big a setback as it seems.

While SpaceX continues to pick through the debris and figure out what actually happened, preparations for the next major Starship test are already well underway.

After SN11, Starship prototypes skip to the next generation: SN15-SN19. From SN20 onwards, the Starships should be capable of reaching orbit and re-enter Earth’s atmosphere to land – something SpaceX hopes to achieve before 1 July.

In typically optimistic fashion, Musk tweeted that SN15 would be rolling out to the launch pad in a few days, fitted with “hundreds of design improvements” that would hopefully fix the problem.

While the dust was still settling from the shower of sheet metal and other Starship parts, the technology billionaire even took the opportunity to invite people to come and live in south Texas, a place he has dubbed “the gateway to Mars”, and where he currently lives.

“Starbase will grow by several thousand people over the next year or two,” he wrote.

“Please consider moving to Starbase or greater Brownsville/South Padre area in Texas & encourage friends to do so!”