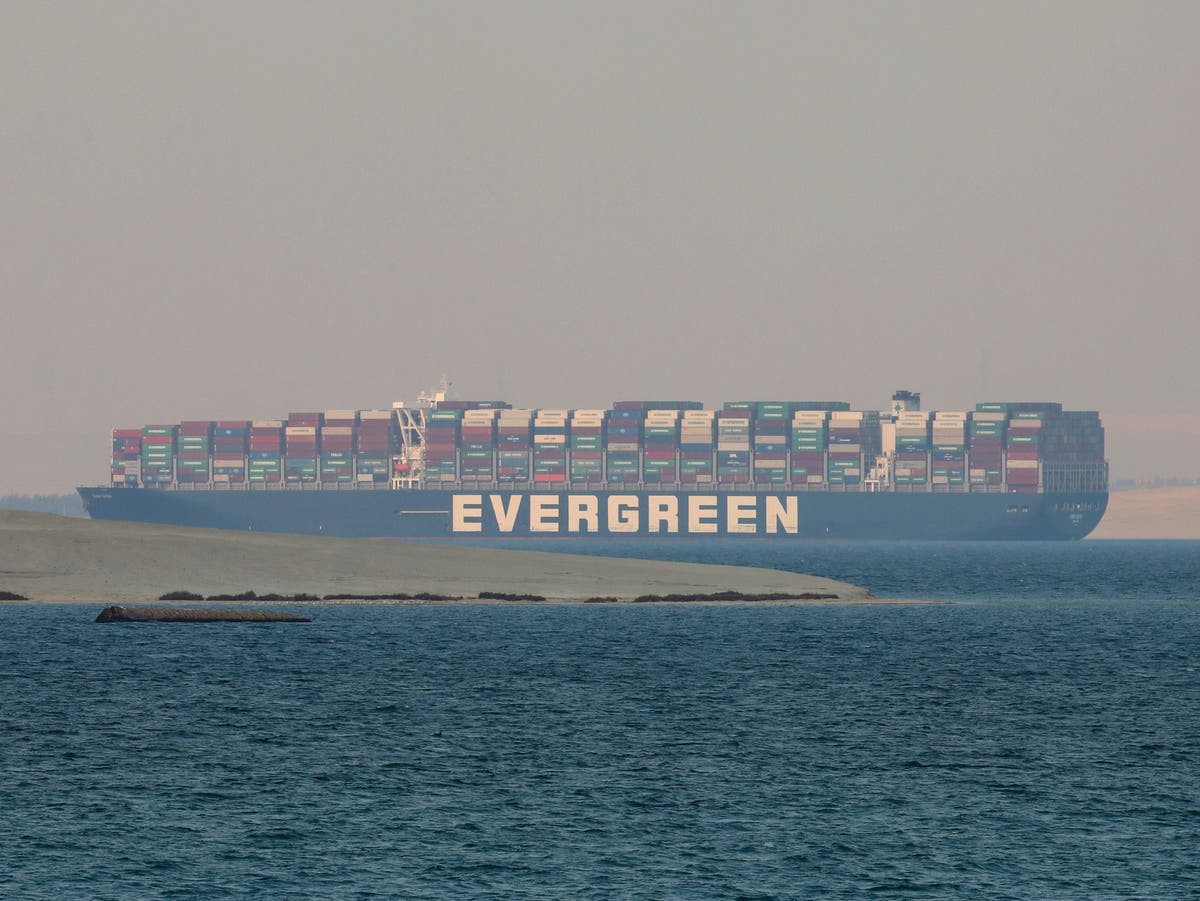 The Ever Given is ready to move towards the northern exit of the Suez Canal, its managers have said, as they described Egypt’s decision to impound her as “extremely disappointing”.

The enormous container ship, which ran aground further south last month and blocked passage through the vital trade artery for six days, is currently anchored in the Great Bitter Lake, about halfway along the canal.

On Tuesday the Suez Canal Authority (SCA) announced it had seized the vessel and would not allow her to move on until her Japanese owners paid a roughly $900m (£655m) compensation bill.

Even though the SCA’s investigation into the crash was not due to report until Thursday, its chief, Lt Gen Osama Rabei, claimed on Tuesday that Ever Given’s owner Shoei Kisen Kaisha Ltd had been culpable for the mishap, and not his workers.

Two SCA pilots were aboard the 220,000-tonne container ship when it ran aground.

Lt Gen Rabei told Egypt’s state-run television: “The vessel is now officially impounded. They do not want to pay anything.”

On Wednesday Bernhard Schulte Shipmanagement (BSM), the Ever Given’s technical managers, hit back in a statement.

Ian Beveridge, its chief executive, said: “The SCA’s decision to arrest the vessel is extremely disappointing. From the outset, BSM and the crew on board have cooperated fully with all authorities, including the SCA and their respective investigations into the grounding.

“This included granting access to the voyage data recorder and other materials and data requested by the SCA. BSM’s primary goal is a swift resolution to this matter that will allow the vessel and crew to depart the Suez Canal.”

The ship will not move until the SCA and Shoei Kisen Kaisha Ltd come to an agreement, BSM said.

The management company said an inspection by the American Bureau of Shipping had concluded the vessel was able to sail north to Port Said, and that once there she would undergo a further assessment before sailing to Rotterdam – her original planned destination.

Ever Given is owned by Shoei Kisen Kaisha Ltd, leased by the Taiwanese firm Evergreen and registered in Panama.

Bord Pleanála will not appeal ruling over Cork incinerator