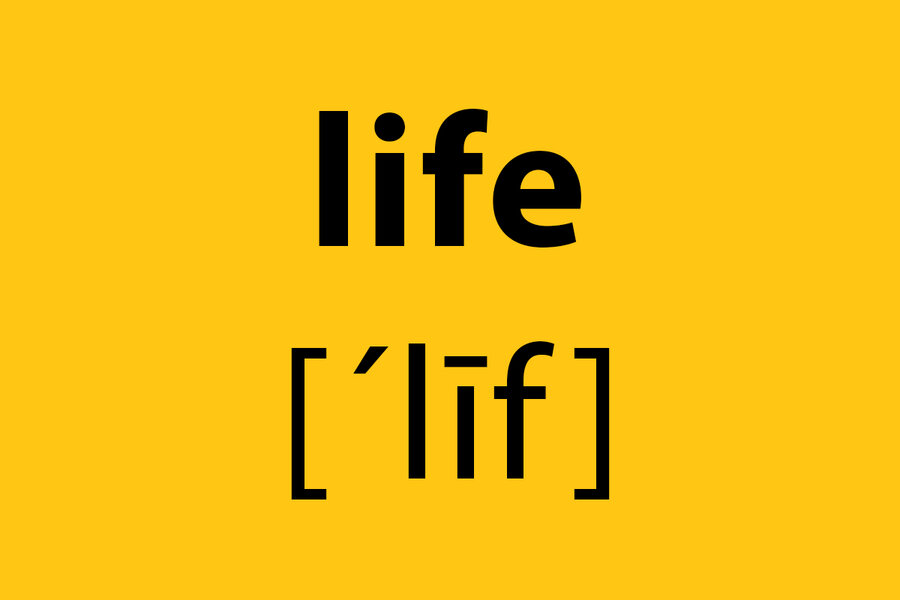 In February, the rover Perseverance arrived on Mars after an almost eight-month journey, tasked with looking for signs of ancient life. Though no firm evidence of life beyond Earth has yet been found, the English language is already full of words to talk about it.

The search for life on other planets is part of the science of astrobiology. The prefix astro- is “star” in Latin and Greek and, predictably, appears in astronomy, the study of objects beyond the Earth’s atmosphere.

Astrobiologists aren’t just looking for microbes on Mars. They are also trying to predict what life might look like under conditions vastly different from those on Earth. Physicists Luis Anchordoqui and Eugene Chudnovsky speculate that there might be life inside stars, for example. Hypothetical particles called magnetic monopoles might assemble into chains and 3D structures, and be able to replicate by using energy from the star’s fusion. This is not “life as we know it,” to misquote “Star Trek,” but these particle chains would be “alive” at least by some definitions. A group of astrobiologists has proposed a term that would more obviously include “creatures” like these, so unlike anything found on Earth: lyfe. Lyfe (pronounced “loife”) is a broader category that would encourage scientists to think outside the box, to “open [them]selves up to exploring the full parameter space of physical and chemical interactions that may create life,” write Stuart Bartlett and Michael Wong.

In novels and films, when scientists go looking for extraterrestrial life they usually find aliens, first used in this sense in 1929. Alien derives ultimately from Latin alius – “other” – and appeared in English in the 14th century, meaning “foreign” or “foreigner.” While it was and is sometimes a neutral word, its connotations are often negative – “alien species” damage ecosystems to which they don’t belong; according to Merriam-Webster, alien suggests “opposition, repugnance, or irreconcilability.” This connotation works perfectly in films such as 1979’s “Alien,” whose title character is a gruesome and deadly predator. But the term “illegal alien,” referring to immigrants without legal authorization, is now considered offensive.

At least one word in English comes from an alien language: grok. It doesn’t really, of course – Robert Heinlein coined it in his 1961 novel, “Stranger in a Strange Land,” about a human raised on Mars by aliens. Heinlein’s Martians are smart and empathetic; grok is defined as “to understand profoundly and intuitively” in Merriam-Webster. This “Martian” word is now widely used in English, especially in techie fields.

Will Perseverance find nothing but rocks and dust, or will it discover lyfe on Mars? And will we be able to grok it?

Food shows offer all of the fun, none of the cleanup

Is it art? NFTs and the surge of digital ownership.