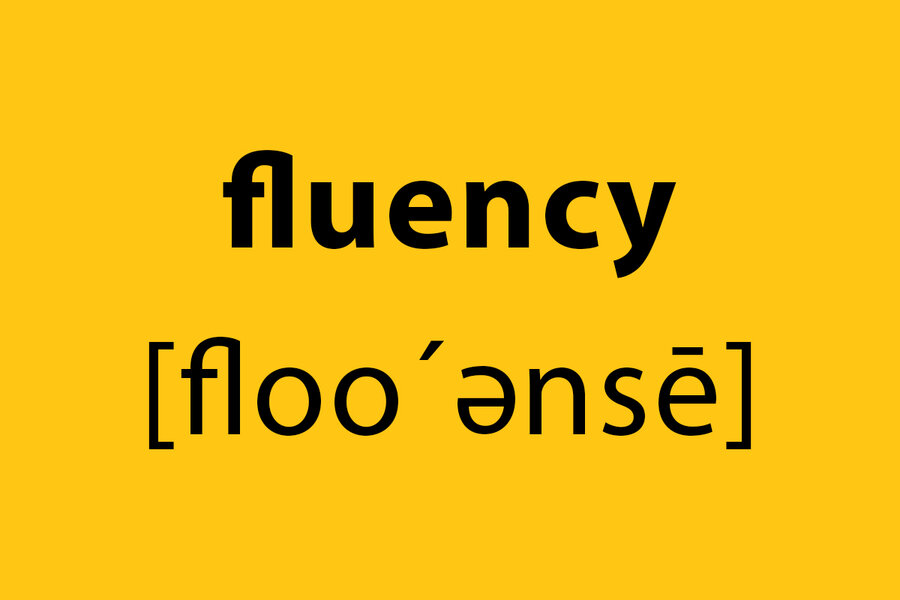 My daughter asked recently whether I thought she was fluent in French. I found this a difficult question. She is in her fourth year of studying the language in high school, and can do in French many of the things she enjoys in English – listen to pop music, watch Netflix shows, look at social media. She doesn’t know the French equivalents of, say, “scapegoat” or “mundane,” though, and her accent would never be mistaken for Parisian. What does it mean to speak a language fluently?

Before I researched this column, I would have said that true fluency was hard to achieve in a language that a person hadn’t grown up speaking. I imagined that you could call yourself fluent in French only if you could pass yourself off as a native speaker, like the protagonist of a spy thriller. Many Americans share this view, according to journalist Eva Sandoval, who speaks English and Italian. “In lay circles,” she says, “this term has come to equal ‘native-level proficient.’”

A better measurement of fluency evaluates it along a spectrum, taking into account context and the language learner’s goals. Rate and smoothness of speech – how long speakers pause to find words and how often they make and correct errors – are important in assessing proficiency, as the word fluent, from the Latin fluere, “to flow,” suggests. Grammatical accuracy and range of vocabulary are key elements as well.

Perhaps the best-known standard of measurement is the Common European Framework of Reference for Languages,
which has been adopted around the world. This describes six levels of proficiency, from A1 (“Can interact in a simple way provided the other person talks slowly and clearly and is prepared to help”) to C2 (“Can understand with ease virtually everything heard or read”).

Many countries use this scale to judge whether language learners are adept enough to study at a university or be granted a work visa – and surely the ability to take college courses or conduct business in another language counts as being fluent. Fortunately for aspiring polyglots, this level is often not the formidable C2 but rather the more approachable B2, which involves sufficient familiarity and confidence in writing and speaking to handle everyday communications at both work and school.

My daughter will probably never pass the spy test, but can I tell her she is fluent in French? Bien sûr!

Food shows offer all of the fun, none of the cleanup