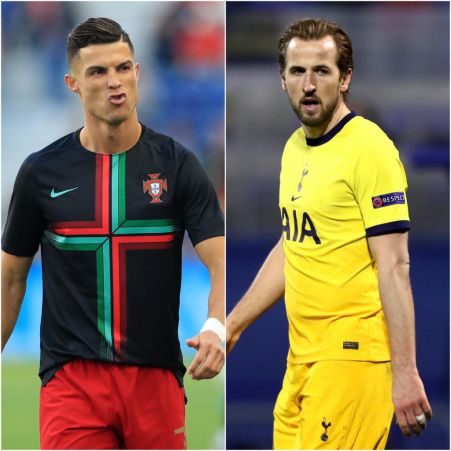 Paris St Germain will make a move for Harry Kane if they lose Kylian Mbappe this summer, The Independent reports. Mbappe, whose PSG contract expires in 2022, has not agreed to a new deal yet and Real Madrid are confident of signing him. Kane is said to be keen to leave Tottenham if they can not secure Champions League football this season. The 27-year-old has, however, expressed a desire to stay in England, with Manchester United or Manchester City his likely targets.

The chances of an audacious deal to lure Cristiano Ronaldo back to Manchester United appear to have increased, according to Calciomercato. United are eager to sign the 36-year-old from Juventus, and would not consider a swap in which midfielder Paul Pogba would return to the Serie A club. Ronaldo has not confirmed his plans beyond this season, with another of his former clubs, Real Madrid, also mentioned among his possible moves.

Manchester United are also keen on Real Madrid and France defender Raphael Varane, according to the Daily Mail. The 27-year-old has been a long-term target for the Red Devils, who are encouraged by recent reports Varane is ready to leave Madrid at the end of the season. United may, however, face competition from PSG, the club the £60million-rated Varane followed as a boy.

Leeds are keen to sign Brest’s French left-back Romain Perraud, the Daily Mail says. The 23-year-old has landed on Leeds’ radar thanks to an impressive season with Brest, but the English club are likely to face competition from Lyon for his signature. Leeds have also asked after Sampdoria’s Gambian defender Omar Colley, Tuttomercato reports.

Nuno Espirito Santo could replace his Portuguese countryman Jose Mourinho as manager at Tottenham, the Daily Express reports. Spurs Chairman Daniel Levy is said to be a big fan of the Wolves manager, who led the club out of the Championship three years ago into two seventh-placed Premier League finishes and the Europa League quarter-finals. Mourinho is among the favourites in betting to be the next manager sacked from a Premier League club, with Tottenham’s chances of securing a Champions League spot continuing to fade.

Goncalo Guedes: The 24-year-old Valencia and Portugal winger could be heading to Wolves, according to the Daily Mail.

Ruben Vinagre: Wolves’ 22-year-old left-back Ruben Vinagre could be headed the other way, since he is a target for Benfica, Football Insider reports.

Eric Bailly: The 27-year-old defender wants away from Manchester United at the end of this season, ESPN reports.