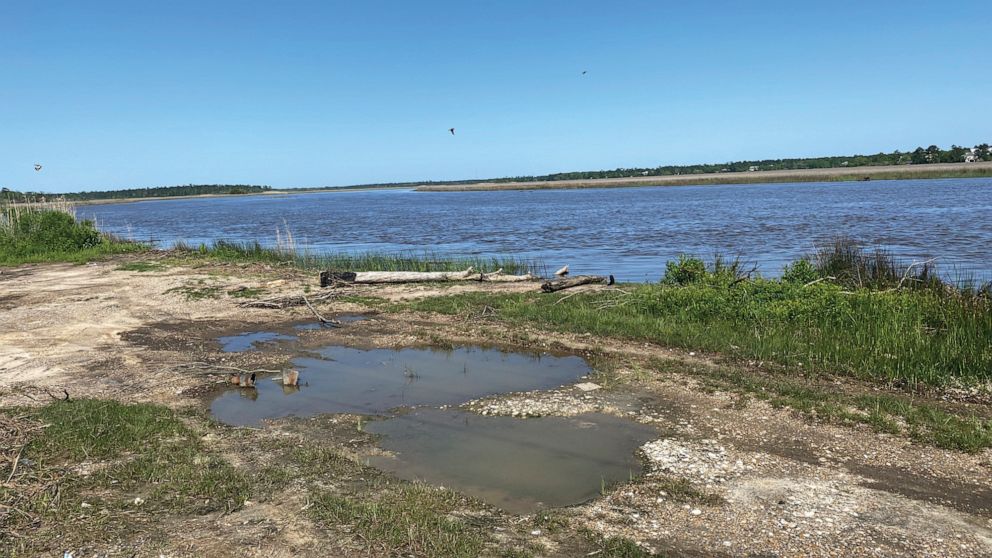 A stalled frontal system responsible for the severe weather along the Gulf Coast Tuesday will not be going anywhere soon.

More severe weather is expected Wednesday from eastern Texas into Louisiana, where more straight-line damaging winds are possible. An isolated waterspout or a tornado cannot be ruled out.

These severe storms will be moving very slowly over the next 24 hours and that could bring more flash flooding to the Gulf Coast. Locally, more than 4 inches of rain is possible.

Severe thunderstorms moved through the Gulf Coast Tuesday, producing damaging wind gusts up to 75 mph and more than a half a foot of rain.

Some ships off the Louisiana coast reported wind gust near 100 mph. A 129-ft commercial boat capsized south of Grand Isle, Louisiana. At least six people have been rescued from the water, according to the U.S. Coast Guard.

Thousands of people were without power in southern Louisiana, where widespread damage was reported on land to buildings and power lines.

Meanwhile, winter-like weather is moving through the Rockies and some northern states.

Winter storm watches and warnings have been issued for the Rockies, where more than a foot of snow is forecast Wednesday.

The same storm system that brought snow to the Upper Midwest Tuesday will combine with the southern system and will bring heavy snow to New England and upstate New York by Friday..

A winter storm watch has been issued for Vermont and Massachusetts for Thursday night into Friday, where more than half a foot of April snow is expected.

Up to 10 inches of snow fell in parts of North Dakota Tuesday and 4 to 6 inches from Colorado to Minnesota.

California to pour $536 million into fire prevention amid drought concerns

Most Americans want tougher gun laws. Why is it so hard to change?