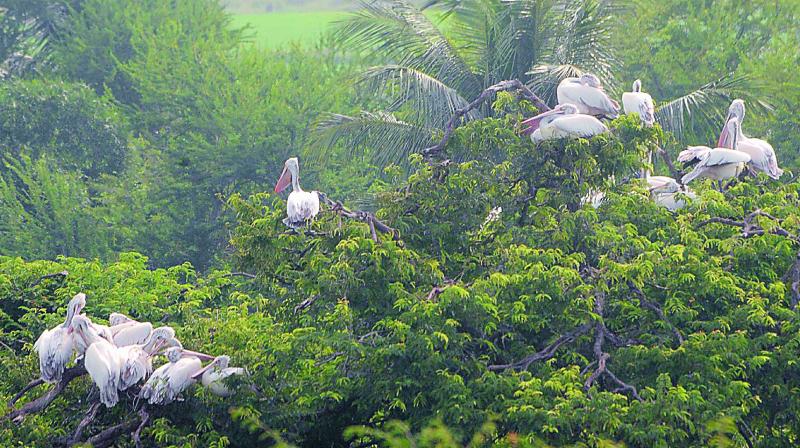 KAKINADA: With the development activity increasing in the vicinity of Kakinada Deep Water Port, the habitat of migratory birds has come under threat. The migratory birds, as a result, changed their routes towards Uppada shore and Yanam.

The mudflats near Kakinada Deep Water Port were a rich habitat for the migratory birds. The mudflats were known as the Central Asian FlyWay for the birds as it had Coringa Wildlife Sanctuary and some of the other creeks nearby.

After travelling for months, more than 110 varieties of different species come to the Kakinada coast and Coringa Wildlife Sanctuary in the winter season. But the Kumbhabhishekam habitat was disturbed after the expansion of the seventh berth and other development activities in the vicinity of mudflats.

"Previously, these birds, especially Indian Skimmer and Great Knot, used to roam near the port, but the number of these birds has been gradually dwindling,’’ said environmentalist K. Mruthyunjaya Rao.

He said the season for Indian Skimmer was almost over and a few birds were visible at present on the coast. “These birds will come to the coast from Chambal and Mahanadi from July,” he said.

“In the summer, the river gets almost dried up and the sand bars, merged with each other, will lead to an increase of human ingress, dogs and other carnivores, trampling by cattle, threatening these species,” he said.

He said that the governments should protect the important creek, which is an important habitat for migratory birds and suggested the government should carry out further studies in the Godavari Estuary.

According to sources, 250 Indian Skimmer, which is mostly found in the Chambal River in Madhya Pradesh and Rajasthan, and are in the red list of the International Union for Conservations of Nature, were found last year, but this year the number dwindled to 230. They breed in rivers during the summer from March to May.

10 stunning images from the Sony Photographer of the Year awards