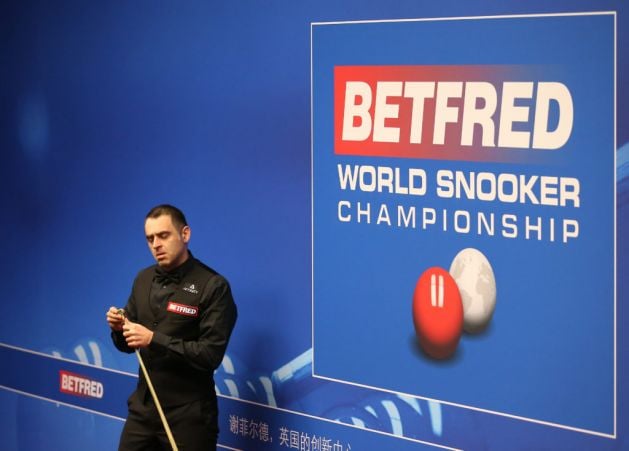 Ronnie O’Sullivan will open the defence of his Betfred World Snooker Championship title against debutant Mark Joyce at the Crucible.

Veteran Joyce, 37, turned professional in 2006, but had never previously made it through to the showpiece tournament, securing his place with victory over Brazil’s Igor Figueiredo in the last qualifying round.

Event set to begin Saturday, live on the BBC & Eurosport!

Which clash are you most looking forward to? #ilovesnooker pic.twitter.com/SLtefvYLkk

Bingham, who claimed the world crown in 2015, was forced to win two matches in qualifying for the first time since 2011 as a result of dropping out of the top 16.

Australian Neil Robertson is viewed as a leading contender to win a second world title following an impressive campaign so far – beating O’Sullivan in the Tour Championship final – and will take on Liang Wenbo.

Young contender Jude in the shop with my worlds trophy this morning @LoveMeadowhall pic.twitter.com/rweK4FYtsA

The 2021 tournament begins on Saturday and will see fans return to the Crucible as part of the Government pilot programme following the easing of lockdown restrictions in England.

Organisers hope to be able to have a capacity crowd attend the final, which is set for the last two days, with the winner on May 3 in line for a £500,000 top prize.

Jamie Jones will make a return to the Crucible having completed his one-year suspension and progressed through qualifying.

The 33-year-old, who reached the quarter-finals on his Crucible debut in 2012, will play eighth seed Stephen Maguire in the first round.

Jones fell off the tour at the end of the 2019 season following a ban for failing to report a corrupt approach, although he was cleared of match-fixing.

Veteran Mark Davis came through qualifying to reach the Crucible for the 12th time in his career and plays Shaun Murphy, the 2005 world champion, in the first round.