Hello, dear readers and homemade products!
When assembling or repairing electronic circuits, you often have to measure the ratings of various components (resistors, capacitors, and others). Pressing the leads to the measuring device probes with your fingers is not only inconvenient, but also leads to inaccuracies in the readings.
In this article, the author of the YouTube channel “Mextraf” will tell you how to make a two-pin clip-on probe. Such a device allows you to clamp two “legs” of a separate electronic component at once, even with one hand. 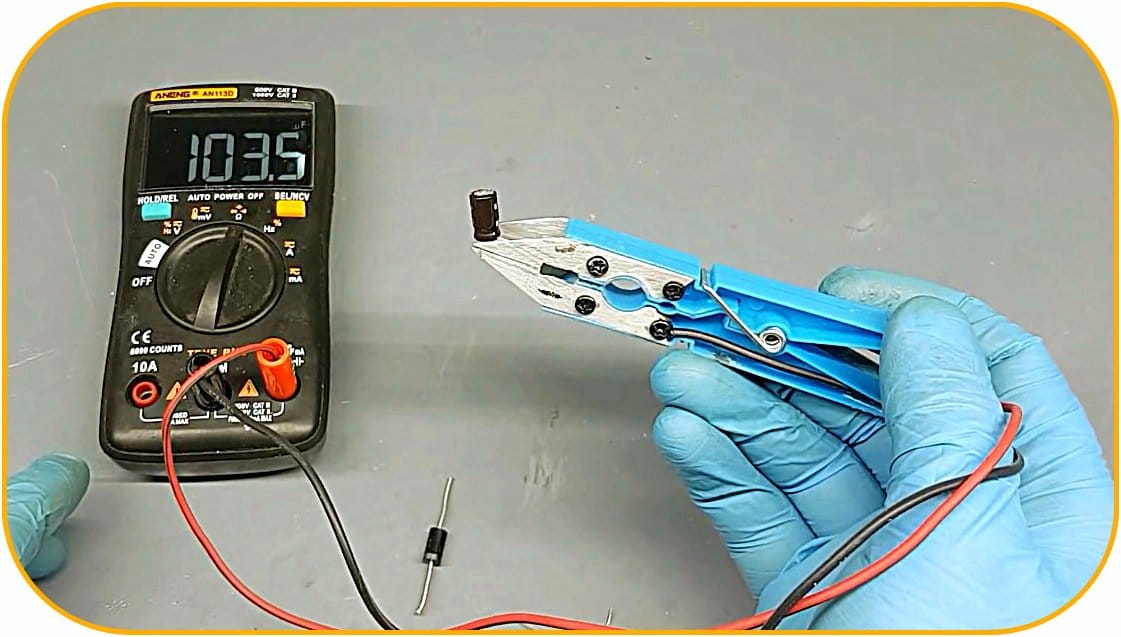 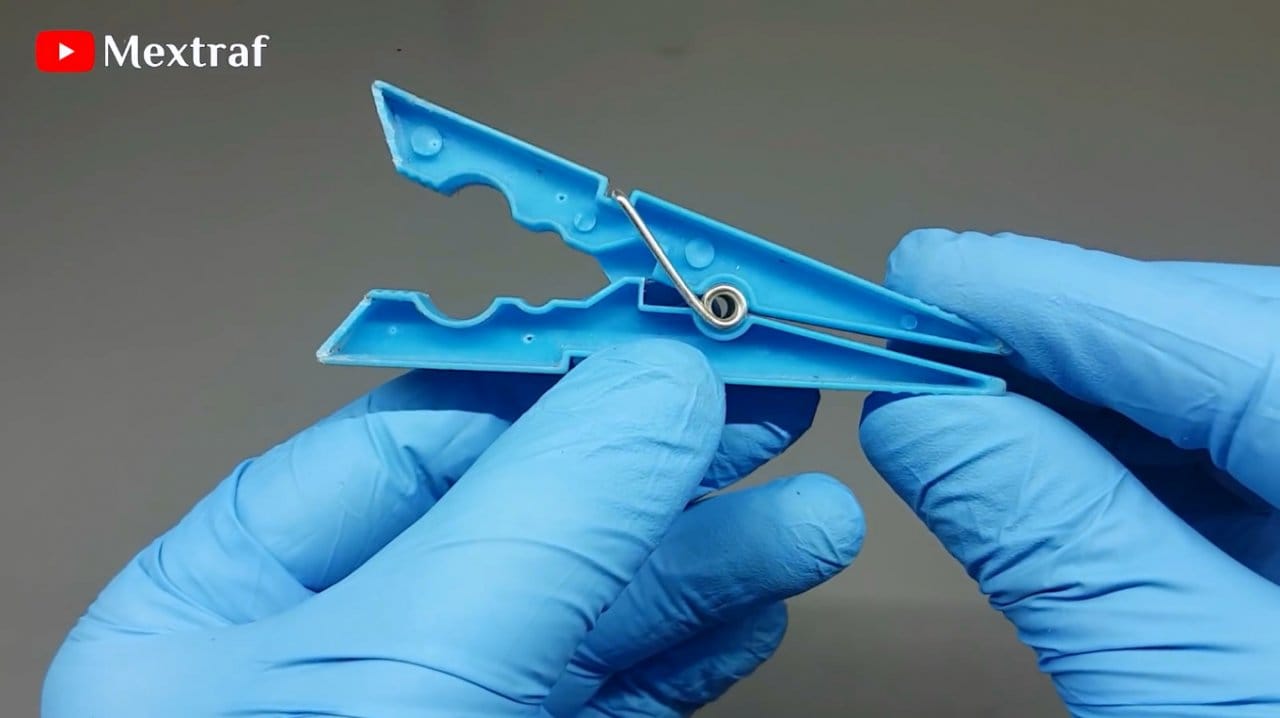 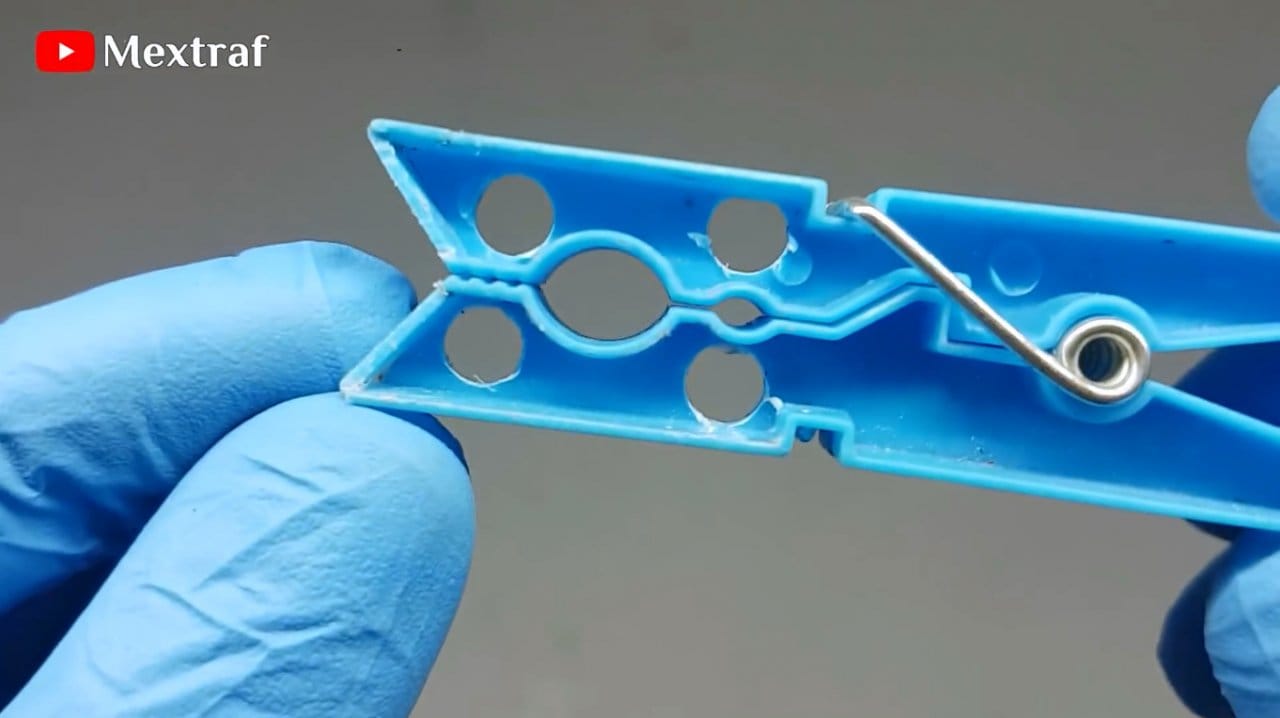 On the front walls, you need to trim the edges a little, literally by 1-1.5 mm. 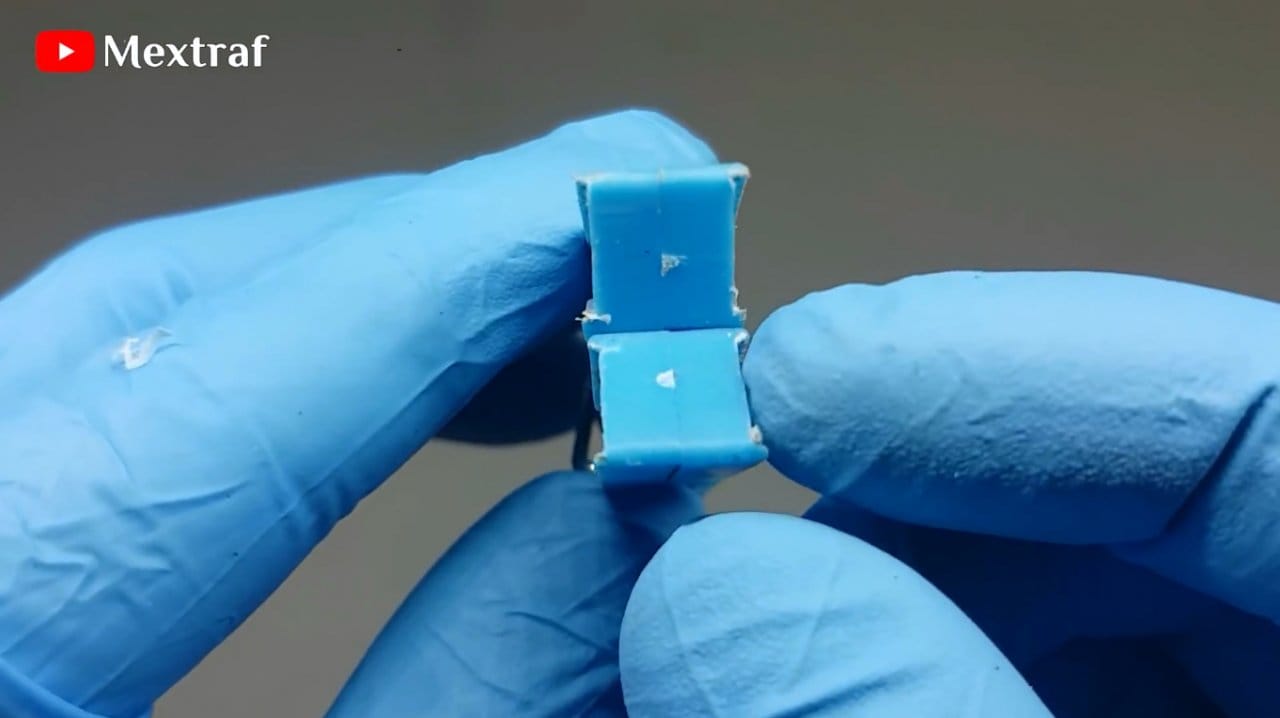 Plastic screw stands are used as insulators. Four cylinders need to be cut out of them, somewhat smaller than the thickness of the clothespin. 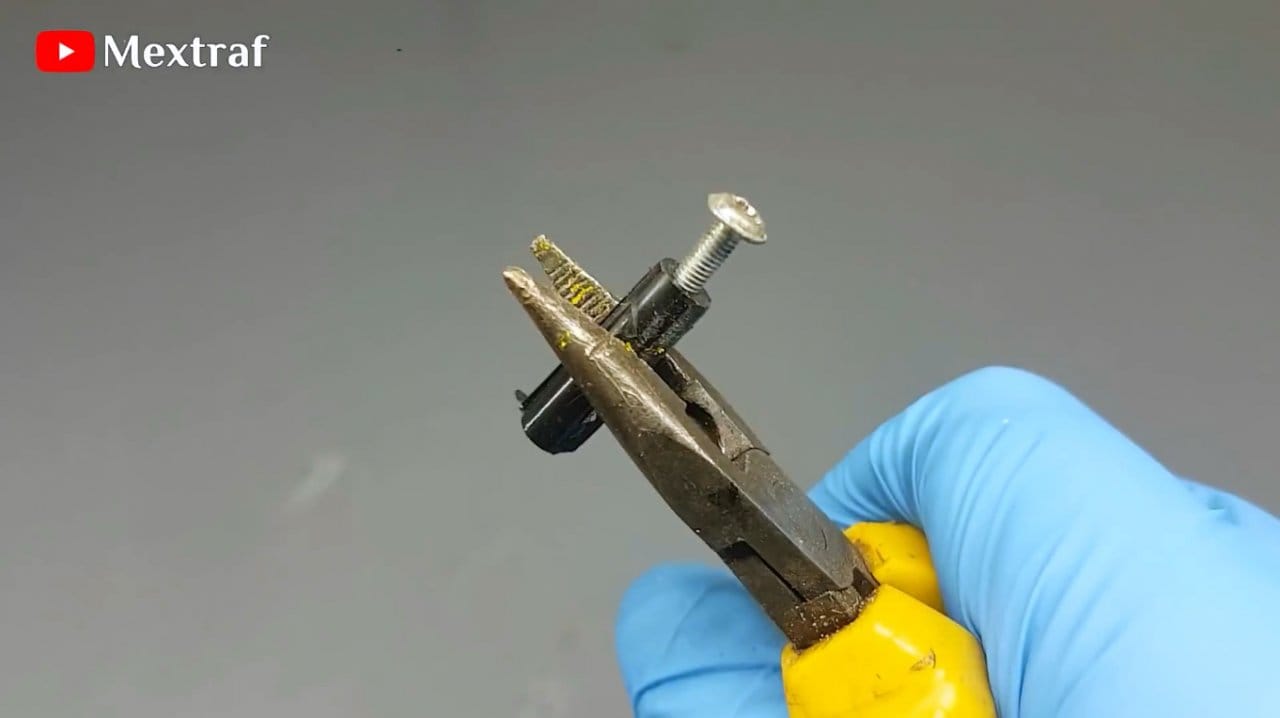 The resulting insulators are inserted into the prepared holes. 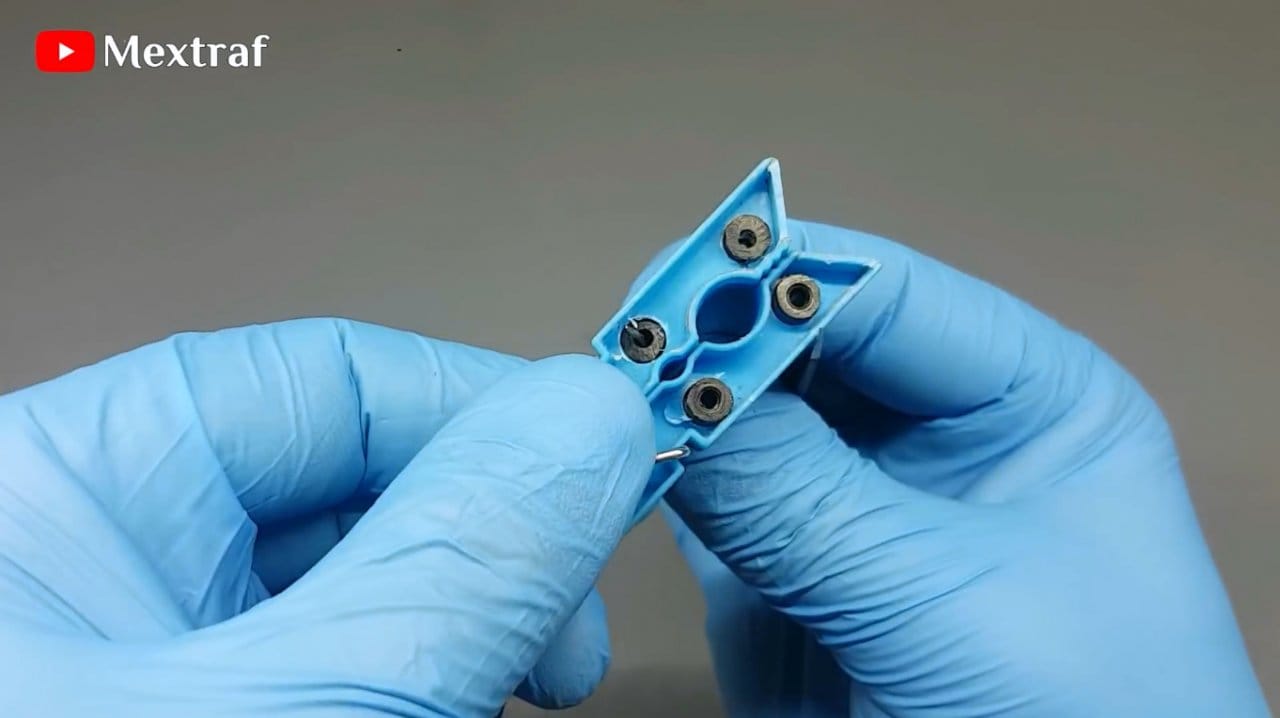 The master decided to use an aluminum strip about 1 mm thick as contacts.
Having cut four plates out of it, he one by one attached them to the clothespin, transferred the contours, and gave the desired shape using a engraving machine . Here it is quite possible to do with ordinary files.
Also in the plates you need to mark and drill two holes for the fastening screws.
Instead of a metal strip, it is better to use foil textolite. It will be more convenient to solder wires to it, and you will not have to bother with insulators. Moreover, the necessary contact pads can be formed from solder.
If you often measure the capacitance of capacitors, then the size of the sites will need to be minimized. 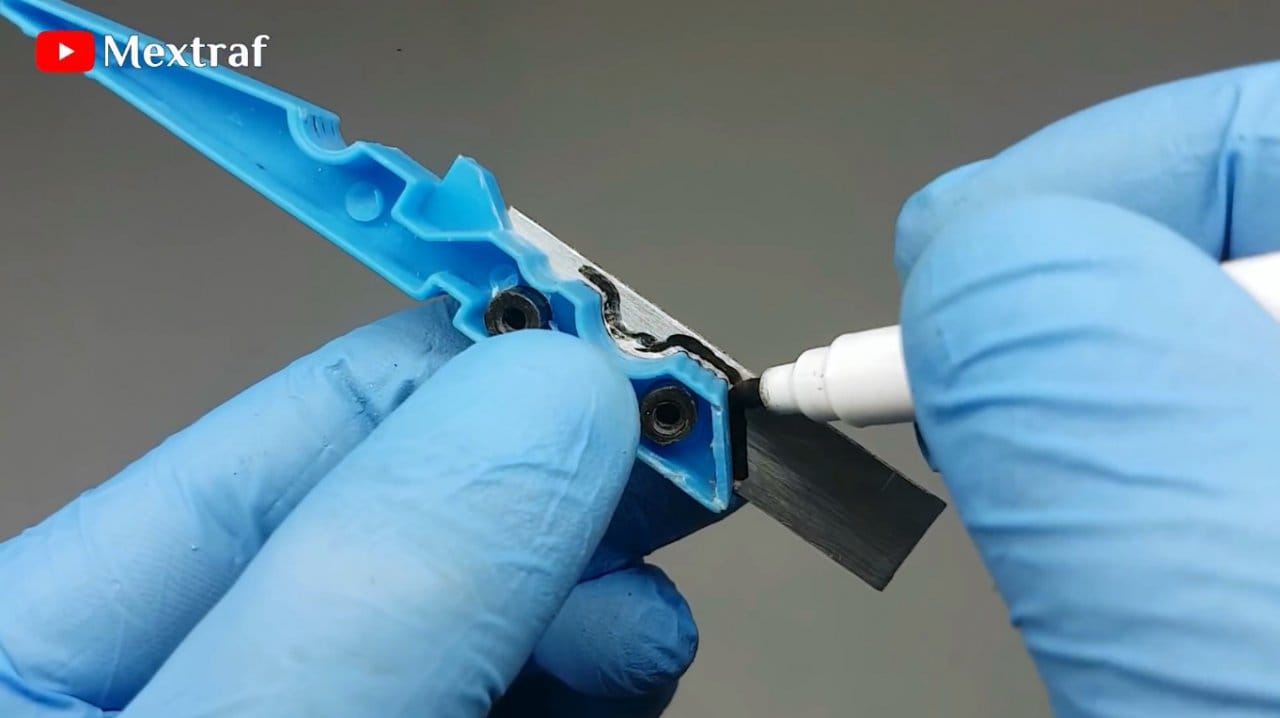 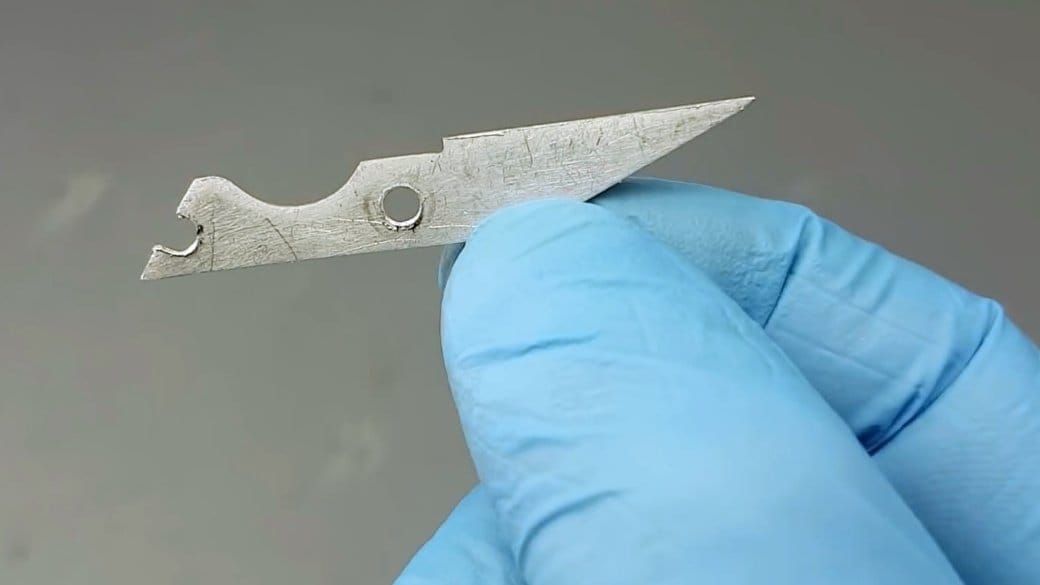 A couple of holes are drilled in the tail of one of the halves of the clothespin, and wires are passed through them. 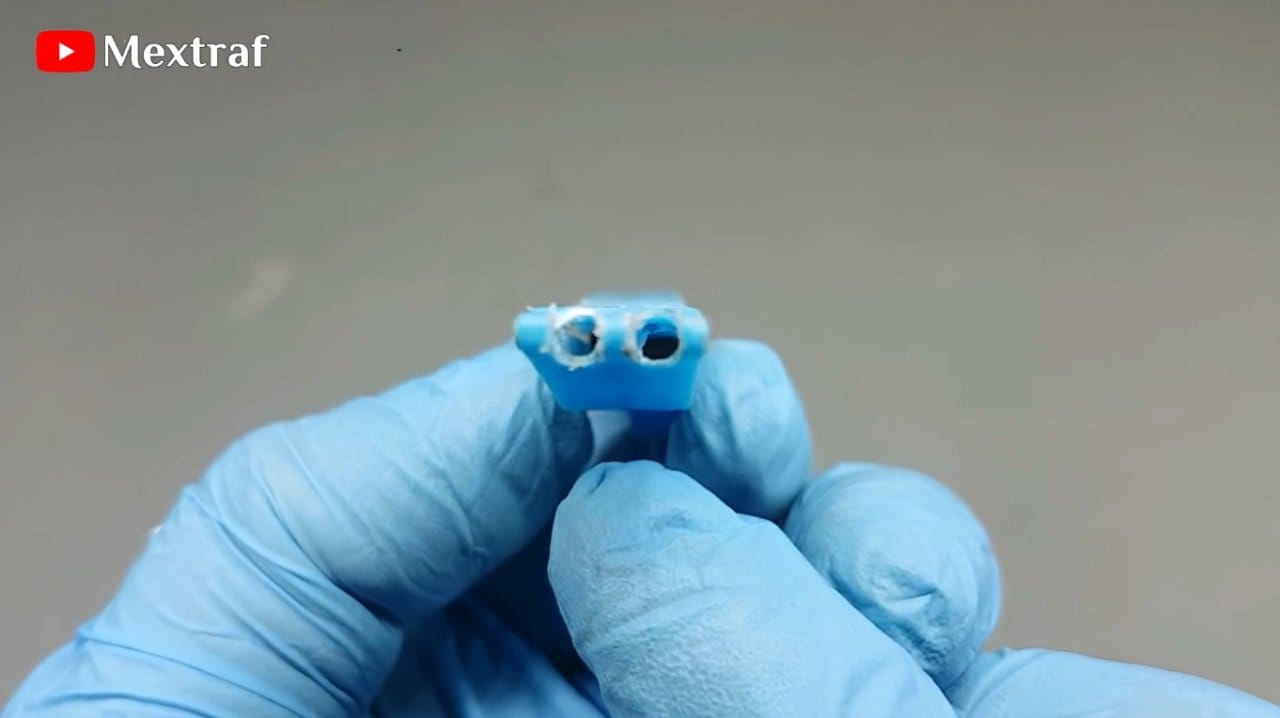 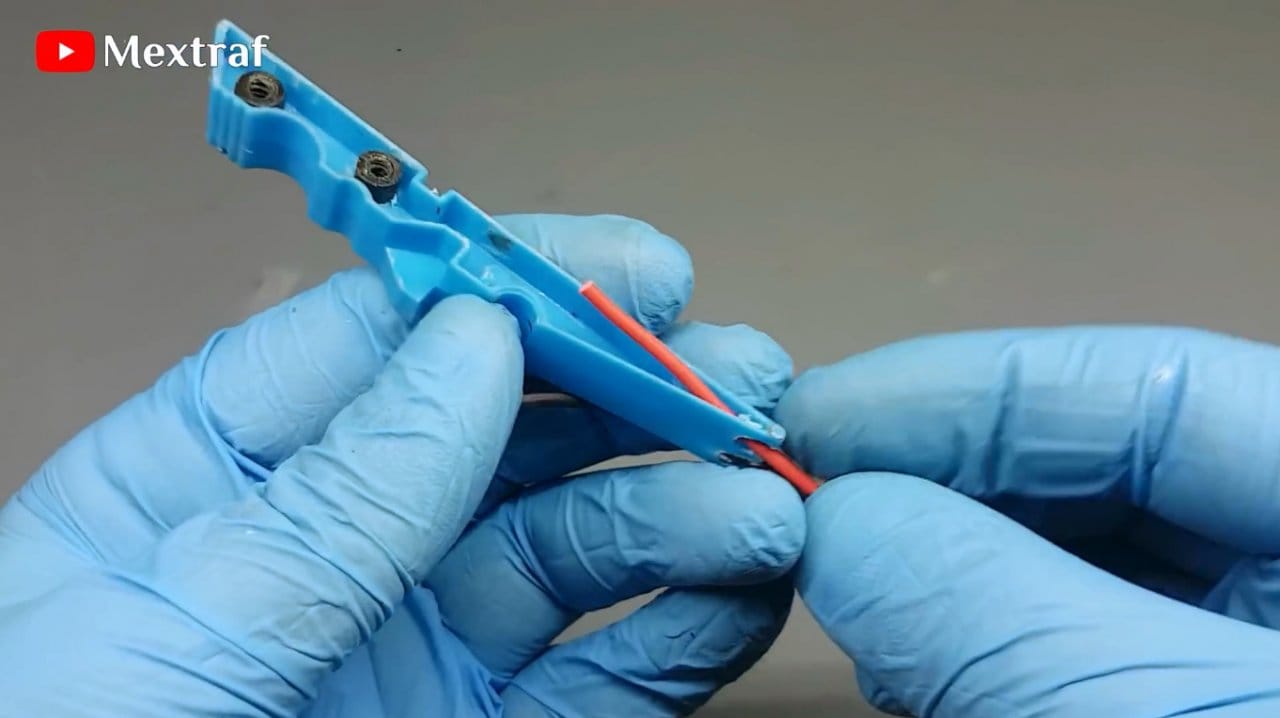 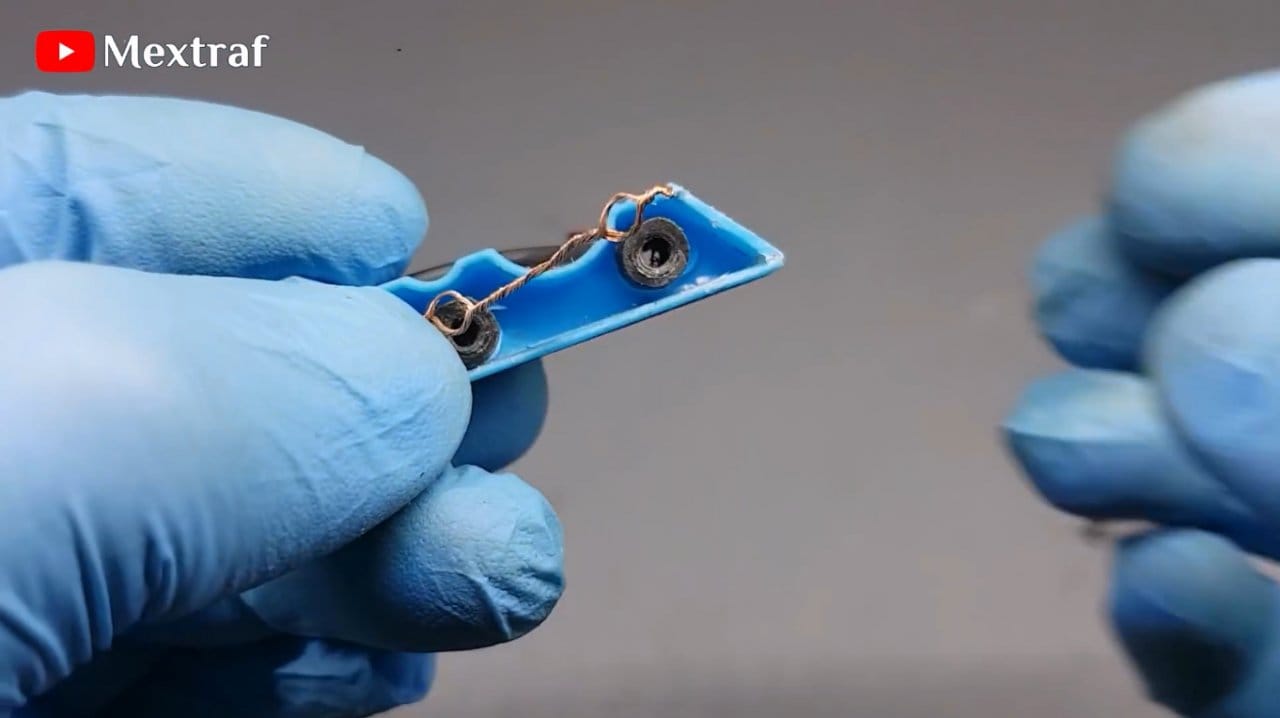 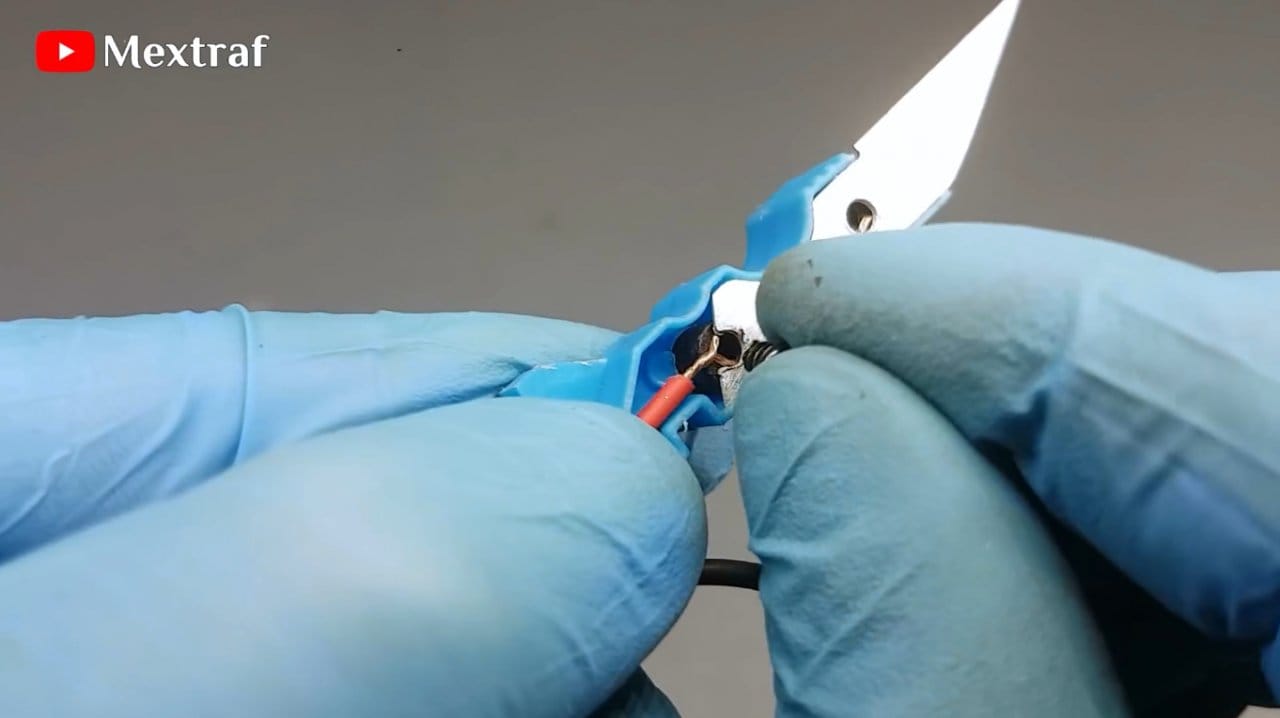 banana plugs are attached to the free ends of the wires. 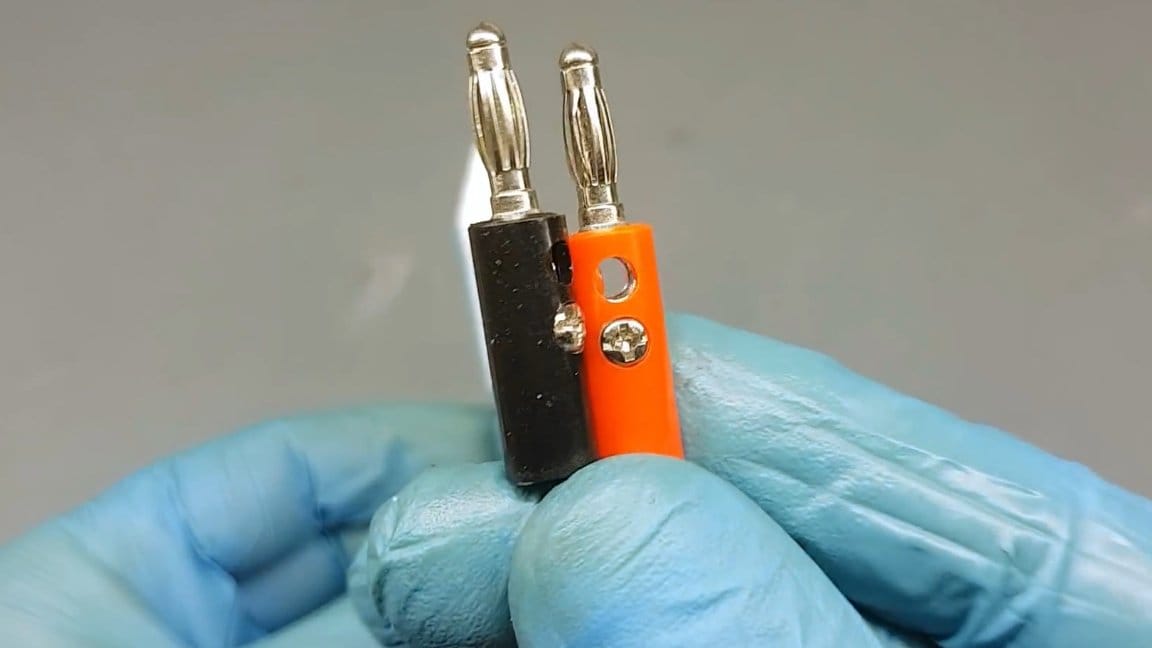 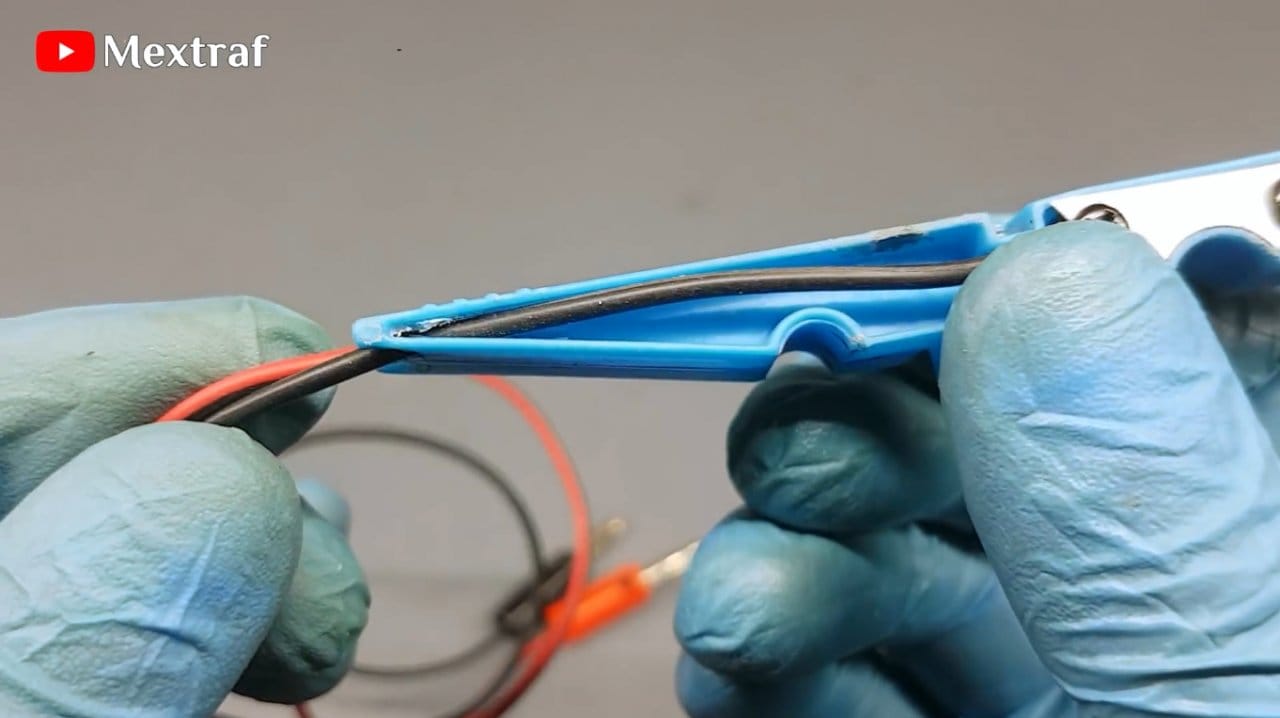 It remains to connect the halves of the clothespin with a spring. 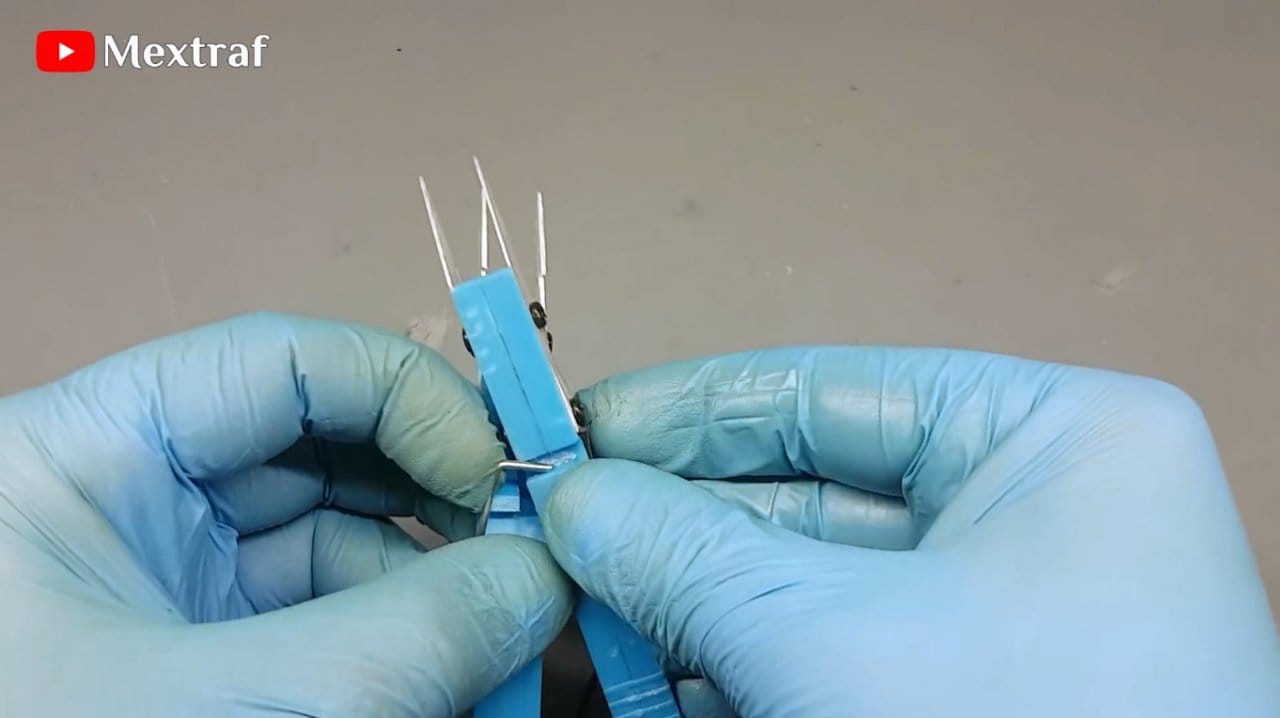 On the contact plates, or near them, it is desirable to apply polarity marks. 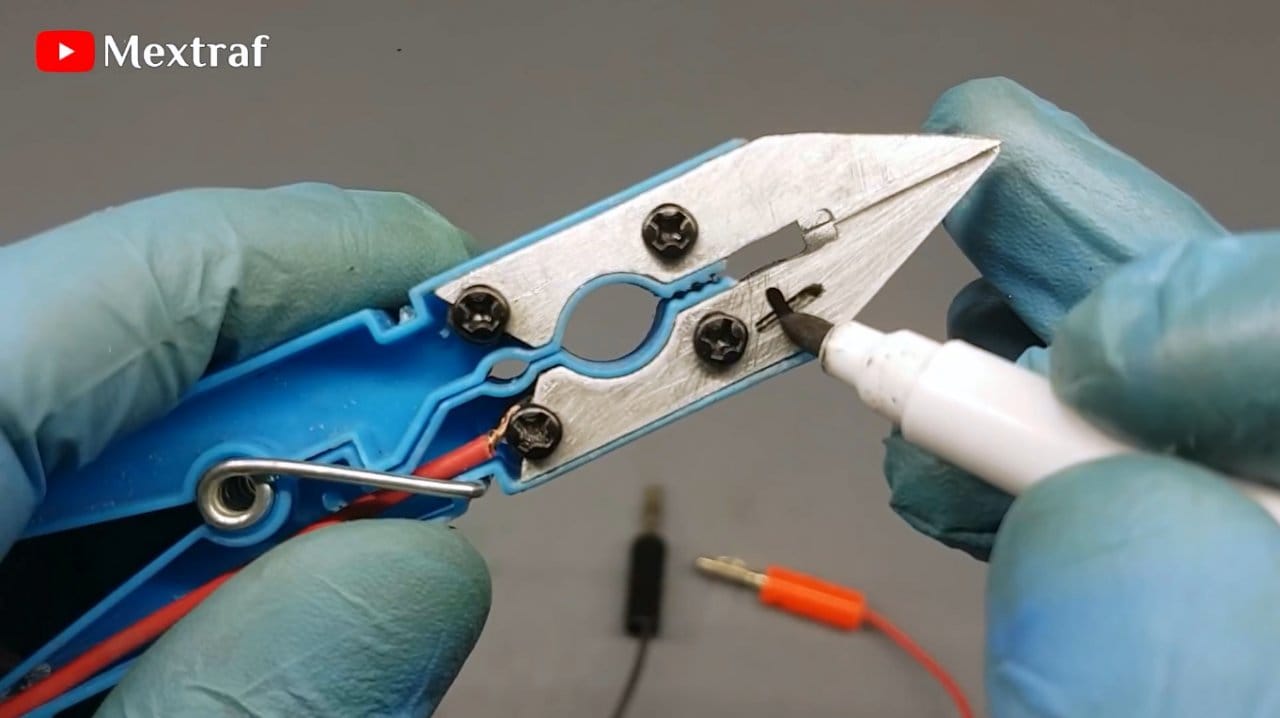 It’s so easy, with one hand, you can lift an electronic component off the table, grabbing it with a clamp by two legs at once, and take a measurement.
Used by the master digital multimeter AN113D , like the older one model Aneng Q1 , have the function of measuring the capacitance of capacitors. In addition, the device is powered by cheap and affordable AA batteries, not Krona. 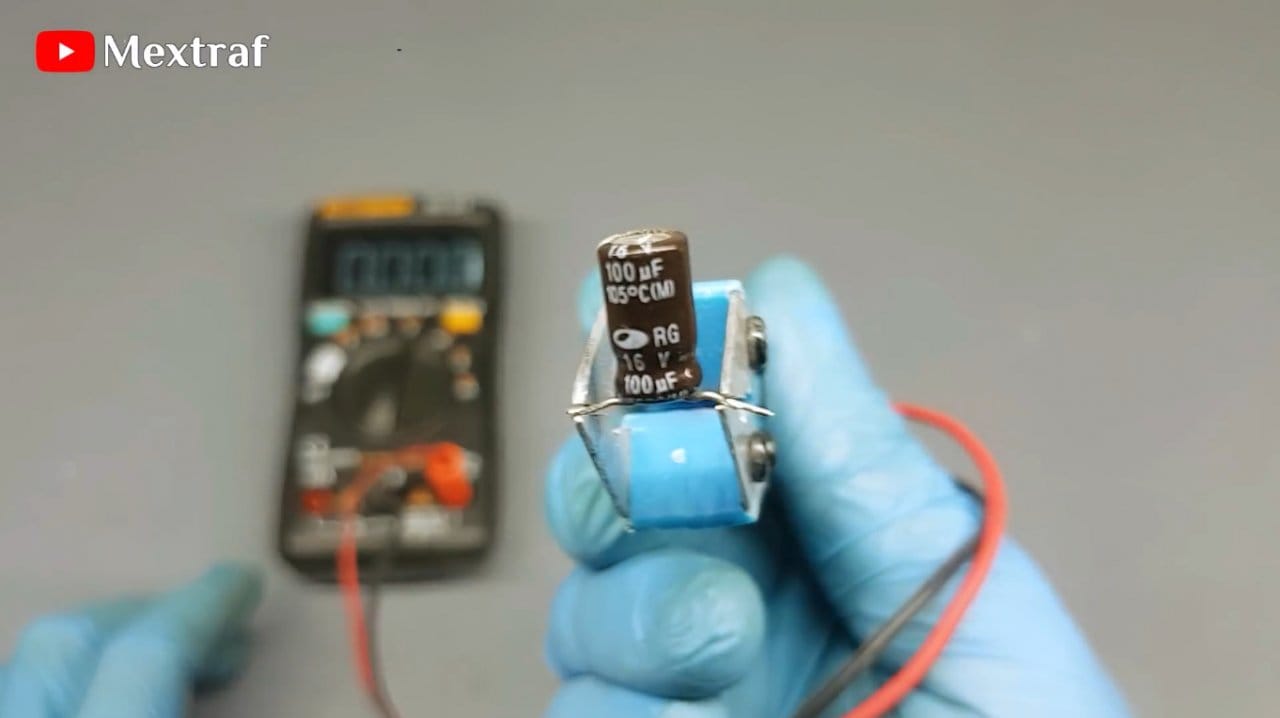 measurements with a multimeter.
All good mood, good health, and interesting ideas!
Subscribe to the telegram channel site, so as not to miss new articles.
The author's video can be viewed here. < br>

Simple charger (for Li-Ion batteries) with sound signaling of completion

How to make a simple circular attachment for an electric jigsaw