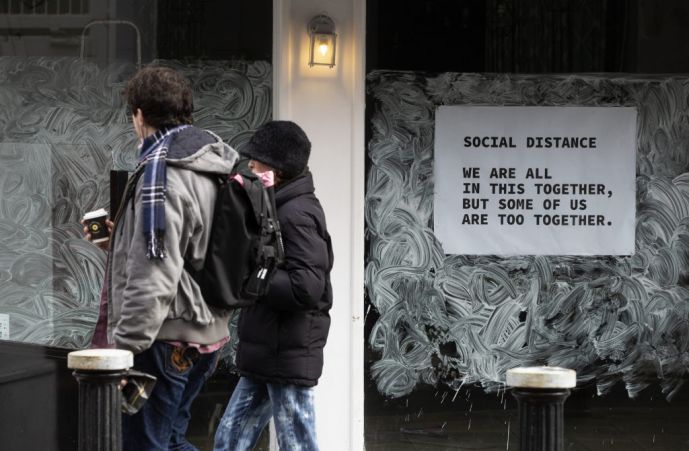 The average unemployment rate in 2019, before the pandemic hit, stood at 5%. Photo: PA

Unemployment will remain above pre-pandemic levels until at least 2025, reflecting some scarring from the crisis that will see national debt peak among the highest levels in the developed world, the Department of Finance has said.

While the economy has kept growing during Covid-19 thanks to the multinational sector, the State is set to keep average unemployment at 16.3 per cent in 2021, the department predicted.

Unemployment is set to fall to an average rate of 8.2 per cent next year as economic activity fully returns to normal and dip to 5.5 per cent by 2025, the furthest year new economic numbers published on Wednesday forecast to.

The average rate in 2019, before the pandemic hit, stood at 5 per cent.

A huge increase in Government spending to keep businesses and employees afloat will increase the national debt to 111.8 per cent of modified gross national income (GNI) this year before steadily falling year-on-year to 100.1 per cent by 2025.

The national debt, which rocketed during the banking and fiscal crash a decade ago, stood at 95.6 per cent of GNI in 2019. The State uses a modified measure to strip out some of the ways the large number of multinational firms can distort gross domestic product (GDP).

The updated forecasts also predict that the State’s finances will remain in deficit to 2025, when the budget deficit will be cut to just 0.2 per cent of GDP from the 5 per cent recorded last year.

Meanwhile, the department has more than doubled its forecast for 2021 GDP growth to 4.5 per cent, with stronger exports set to offset weaker than expected consumption growth.

The last forecasts six months ago that predicted GDP growth of 1.7 per cent were based on the assumption of a no trade deal Brexit – a scenario that has since been avoided – and that a Covid-19 vaccine would not be widely available.

The updated numbers assume the planned acceleration of the vaccination programme and easing of lockdown measures this quarter will lead to an economic recovery over the second half of the year and into 2022.

The strict lockdown in place since late December has only begun to be slowly unwound, a scenario the Government did not envisage last October.

As a result modified domestic demand, a measure that strips out some of the ways multinational firms can distort GDP, is forecast to grow by 2.5 per cent and not the 4.9 per cent previously thought.

However, it is set to surge by 7.5 per cent next year, contributing to GDP growth of 5 per cent.

The faster than expected GDP growth will also cut Ireland’s forecast budget deficit to 4.7 per cent of GDP this year from an estimated 5 per cent in 2020 before falling more sharply again to 2.8 per cent next year.

A downside scenario predicts GDP growth would be almost 1 percentage point lower this year and 2.5 points lower next year if the current lockdown has to remain in place for a prolonged period.