It’s estimated that more than 836 million people across the globe are left-handed but the reason behind why still remains a mystery. and anthropologists teamed up to try to explain the reasons behind there being a preference for one hand rather than the other. Some believe .

noted that chimpanzees, who are distant members of our lineage, were “mostly right-handed too”.

But anthropologists claim some of the “most unambiguous evidence” actually stems from teeth that are between half-a-million and 1.8 million years old.

According to PBS, scientists had suspected for a long time that Neanderthals were mainly right-handed due to the size of the bones in their upper arms.

Due to them being used more frequently, the bones on the right side were “thicker” than those on the left. 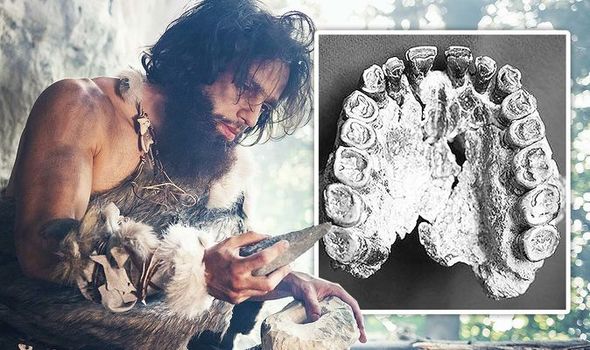 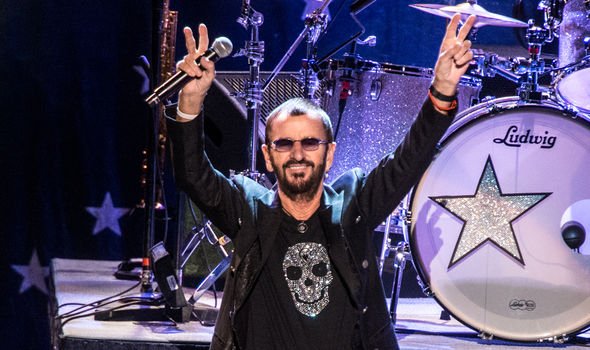 This pattern was noticed throughout mankind’s ancestors and has also been recognised in sportspeople as well.

Right-handed tennis players especially were found to have thicker bones in their upper-right arm.

This formed part of the theory about the prevalence of right-handedness throughout the ages. 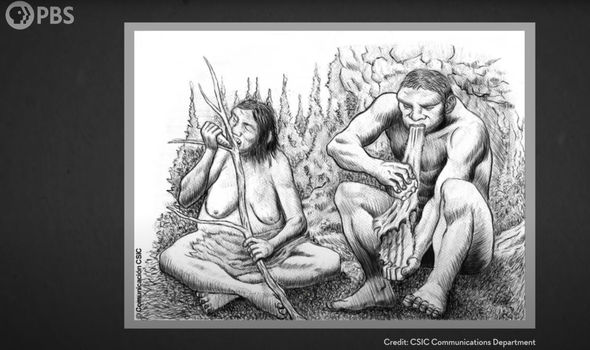 It was further strengthened when anthropologists linked scratches found on teeth that were discovered in neanderthals from 500,000 years ago, in Spain, and homo habilis from 1,800,000 years ago in Tanzania.

They believe the scratches happened because of the way our ancestors used tools, which were created for right-handed individuals.

In one example of how the damage could have occurred, PBS explained the process of how neanderthals cleaned animal hides.

Our ancestor had been “using their teeth as a ‘third hand’ for quite a while” at that point – and was especially useful when performing tasks. 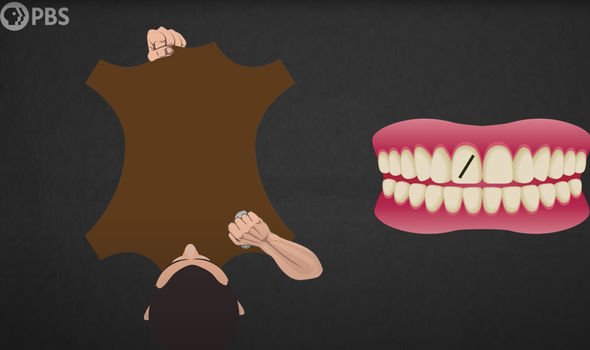 PBS explained: “So pretend you’re pulling a piece of animal hide tightly between your front teeth and your left hand – stretching it out in front of you.

“Holding a sharp stone tool in your right hand, to clean the hide you would scrape the tool across it from left to right.

“If you slipped and scratched your teeth, those scratches would go from the upper left corner to the lower right corner of your incisors.”

Scratches in that same direction were discovered on a number of our ancestors’ teeth. 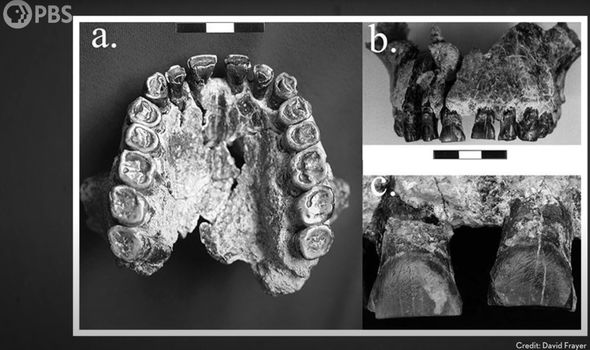 PBS noted that the scratches “would go in the opposite direction” if they were using a left-handed tool, which to date has not been found.

They explained another example that suggested the majority of tools created by our ancestors were right-handed.

This included the creation of hand-paintings in caves, which typically only left hands on the walls.

These cave paintings were likely created through an individual holding a tube-like device, laying their hand onto a hard surface and blowing a coloured pigment over it.

Due to the prevalence of left hands being found on the walls, this suggests that the tools were made for and held by the right hand.

Despite there being a preference for using the right hand throughout our ancestry, there are “many advantages of being left-handed”.

PBS recalled experiments where left and right-handed people’s brains were scanned to measure how they responded to tasks. 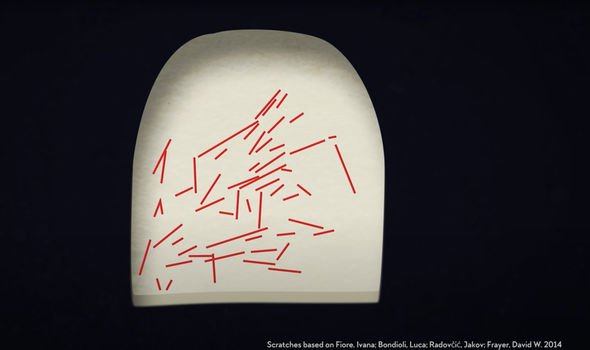 They concluded that left-handed people have “less-lateralised brains” – meaning they are able to use more sections of their brains to perform tasks.

Typically for right-handed people, they use fewer parts of the brain.

PBS said: “[Left-handed people] process information more evenly across their brain, which could be associated with better memory, coordination and verbal skills.”

They also suggested there was “an unexpected edge” for lefties who found themselves in “physical combat”. 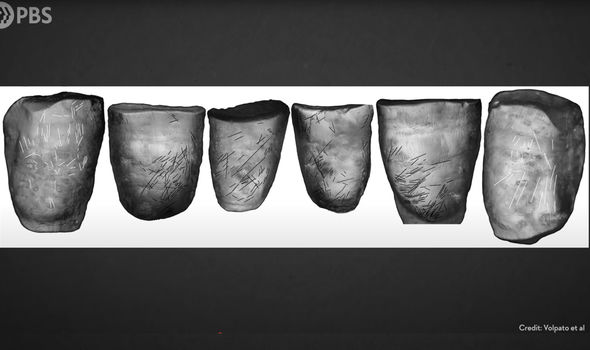 A 2019 study found right-handed boxers and MMA fighters were less able to predict the movements of left-handed opponents.

They believed this was because there are fewer left-handed people to train against – whereas a lefty regularly has to adapt to a predominantly right-handed world.

When the Taliban takes Kabul