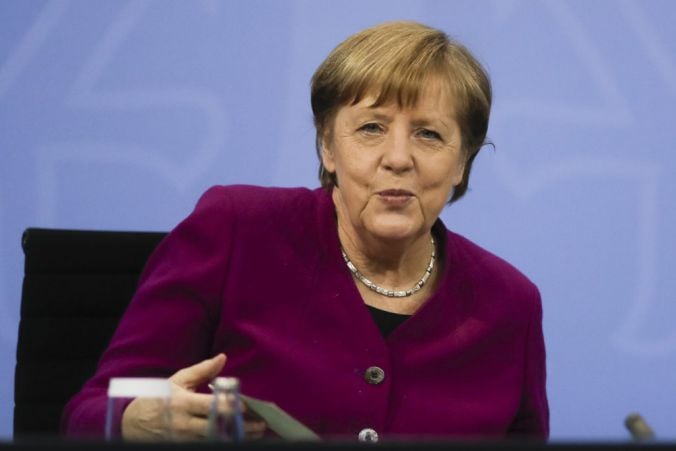 Germany’s ruling conservative bloc is struggling to settle on a candidate to run for chancellor in a federal election in September, when Angela Merkel will step down after 16 years in power.

Pressure is mounting on the conservatives to agree a candidate to succeed Ms Merkel, who has led them to four victories, as its ratings wallow near a one-year low, hurt by the government’s chaotic handling of the Covid-19 pandemic.

But they cannot agree.

What is the conservative bloc?

The bloc, dubbed “the Union”, is an alliance between Merkel’s Christian Democratic Union (CDU) and the Christian Social Union (CSU).

The CSU operates only in Bavaria, which retains a strong sense of regional identity and independence, and has ruled the state with an absolute majority for most of the post-war period, allowing the party to punch above its weight as a partner in successive German governments. The CDU operates in Germany’s 15 other states and is the larger partner. 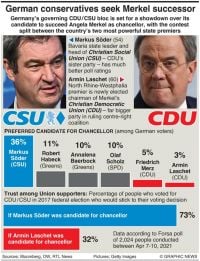 Who wants to be the union’s chancellor candidate?

The contest pits Armin Laschet, who in January won a vote to become CDU chairman, against CSU leader and Bavarian premier Markus Soeder.

Mr Laschet (60) is a centrist widely seen as likely to continue Ms Merkel’s legacy, though he has clashed with her over Covid-19 restrictions. Premier of Germany’s most populous state, North Rhine-Westphalia, his chaotic handling of the crisis has undermined his popularity.

Mr Soeder (54) is an astute political operator and strong communicator who has sided with Ms Merkel during the pandemic. No German chancellor has ever come from the CSU.

Why can’t they work it out?

As leader of the larger CDU, Mr Laschet would normally effectively have the right of first refusal. His party elite has backed him as candidate, and German health minister Jens Spahn, a senior CDU official, said everyone who voted for Mr Laschet as their party chairman “knew that he was also nominating the CDU’s candidate for chancellor”.

However, Mr Soeder is far more popular with voters and insists the parties need to think about who has a better chance of winning the election. He has gained some limited traction. Some CDU lawmakers spoke out for Mr Soeder during a meeting of the CDU/CSU parliamentary group on Tuesday, and one CDU state premier – of seven in all from the Union – has switched his support to Mr Soeder.

What is the process for deciding?

In short, there isn’t one.

The CDU tried to settle the matter when its executive committee backed Mr Laschet on Monday, but the CSU responded by doing the same with Mr Soeder.

Both then addressed the CDU/CSU parliamentary group, also with an inconclusive result. More talks are now continuing behind closed doors, leaving the Union is in uncharted territory.

In the past, there has generally been an obvious choice to be the candidate. In 1980, Franz Josef Strauss of the CSU ran for the bloc, though many in the CDU believed they could not beat the Social Democrats led by Helmut Schmidt, who won.

In 2002, CSU leader Edmund Stoiber ran, outmanoeuvring Ms Merkel who – at the time – was seen by many in the male-dominated CDU as a transitional party leader. Mr Stoiber also lost to the SPD.

Now, the CDU and CSU executive committees have asked Mr Laschet and Mr Soeder to settle the matter.

How long is this going to take?

On Monday, Mr Laschet said there needed to be a decision “very soon”. Mr Soeder said it should come this week and the leader of the bloc’s youth wing has demanded they agree by Saturday. But Mr Laschet is waiting for Mr Soeder to withdraw, and Mr Soeder is waiting for the CDU to divide.