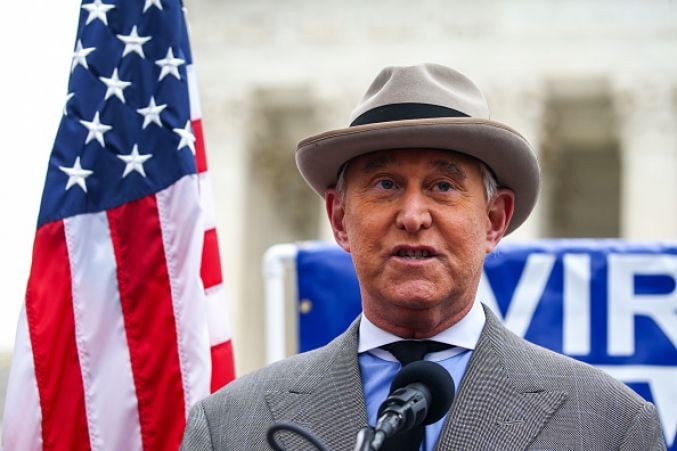 The US Department of Justice on Friday sued Roger Stone, saying the close ally of former president Donald Trump owes about $2 million (€1.67 million) in unpaid federal income taxes, according to a court document seen by Reuters.

The civil lawsuit, filed in federal court in Florida, alleged that Stone and his wife, Nydia, used a commercial entity to “shield their personal income from enforced collection and fund a lavish lifestyle despite owing nearly $2 million in unpaid taxes, interest and penalties.”

Stone said his tax bill has been public knowledge for years and called claims of a lavish lifestyle “a laughable joke.”

“This is yet another example of the Democrats weaponizing the Justice Department in violation of the rule of law. I will fight these politically motivated charges and I will prevail again,” Stone said in a statement.

Stone (68) is a colorful Republican political operative, known for his high-end wardrobe and tattoo on his back of former president Richard Nixon.

Stone advised Trump when the wealthy real estate developer toyed with running for president in 2000 and briefly worked on Trump’s successful 2016 campaign.

Stone was indicted by Robert Mueller, the former special counsel tasked with investigating Russian interference in the 2016 election. Mueller’s investigation, which Trump called a “witch hunt,” led to criminal charges against dozens of people, including Trump associates such as political strategist Paul Manafort and former national security adviser Michael Flynn.

A federal jury in Washington convicted Stone on seven counts of lying to Congress, obstruction of justice and witness tampering. At trial, prosecutors said Stone told five different lies to lawmakers on the US House Intelligence Committee about his contacts with the Trump campaign and WikiLeaks.

Trump granted Stone a presidential pardon in December, wiping away the criminal conviction. Trump had previously commuted Stone’s sentence, allowing him to avoid a prison sentence.

Myanmar announces it has pardoned and released 23,000 prisoners