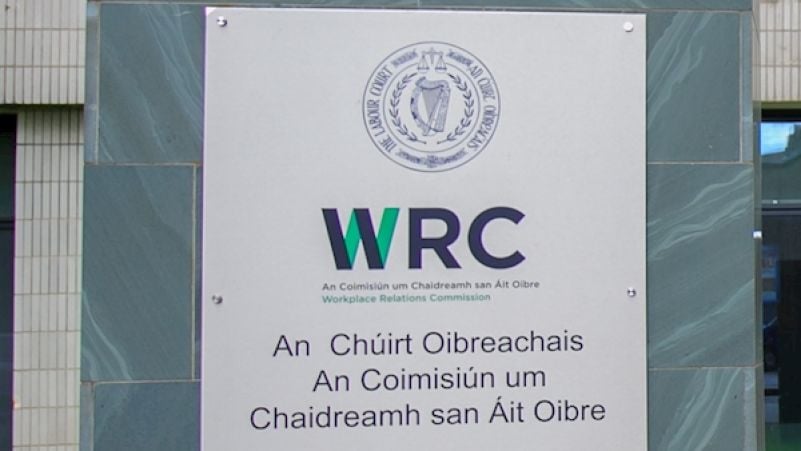 The Supreme Court has delivered a ruling with important implications for the future operation of the State’s workplace dispute resolution process.

The Supreme Court has delivered a ruling with important implications for the future operation of the State’s workplace dispute resolution process.

The court said on Thursday it expected its observations about the need for “enhanced independence” by adjudication officers (AOs) of the Workplace Relations Commission (WRC) “will be taken on board” in light of findings the WRC is exercising limited powers of administration of justice.

It also formally declared the lack of provision in the relevant law for public hearings before AOs in certain cases, or for the administration of an oath/affirmation, is unconstitutional.

The ruling, agreed by a majority of the seven judge court, arose from the court’s 4/3 majority judgment earlier this month on Tomasz Zalewski’s challenge to the process.

The April 6th majority judgment found certain elements of the WRC operations are unconstitutional but upheld the constitutionality of the underpinning legislation, the Workplace Relations Act 2015, enacted to streamline dispute resolution procedures

The core issue before the Supreme Court was whether the WRC process amounted to the administration of justice – required under Article 34 of the Constitution to be administered by judges – and whether the statutory framework adequately vindicated a claimant’s rights.

The majority held the process involved the exercise of limited powers of administration of justice within the meaning of Article 37 and thus not unconstitutional.

The finding in favour of Mr Zalewski to the effect the administration of justice was involved was “of real significance”, the court said in its ruling on Thursday.

The public interest nature of the proceedings, and the significant success Mr Zaleswski had achieved in the Supreme Court appeal, entitled him to his full costs in the High and Supreme Courts, it ruled.

The AO dismissed his case based on preliminary written submissions without a full hearing including cross-examination of witnesses. The WRC subsequently admitted this was an error and the Supreme Court described the handling of his complaint as “calamitous”.

The case proceeded because it involved a challenge to the constitutionality of the process under the 2015 Act.

The court heard submissions this week concerning costs, orders and declarations before delivering its ruling on Thursday.

The State had argued the judgments spoke for themselves and two declarations sought by Mr Zalewski were too wide ranging and could have “unintended consequences” for some 50 pieces of legislation connected with the process.

Mr Zalewski wanted the court to declare AOs, and the Labour Court, in discharging their powers under the 2015 Act, are engaged in the administration of justice within the meaning of Article 34. The court should also declare the exercise of their powers and functions involves the exercise of limited powers and functions of a judicial nature within the meaning of Article 37 of the Constitution, it was argued.

Today, the majority court said, for the reasons outlined by the State, it was not appropriate to make those two declarations but it stressed the absence of a declaration does not in any way detract from the importance of the unanimous decision of all seven judges the AO in this case was engaged in the administration of justice.

The court declared that section 14.13 of the 2015 Act, and section 8.6 of the Unfair Dismissals Act 1977 are inconsistent with the Constitution by virtue of removing the possibility, in appropriate cases, of a public hearing.

Mr Zaleswki’s case will now be reheard before a different WRC adjudication officer.