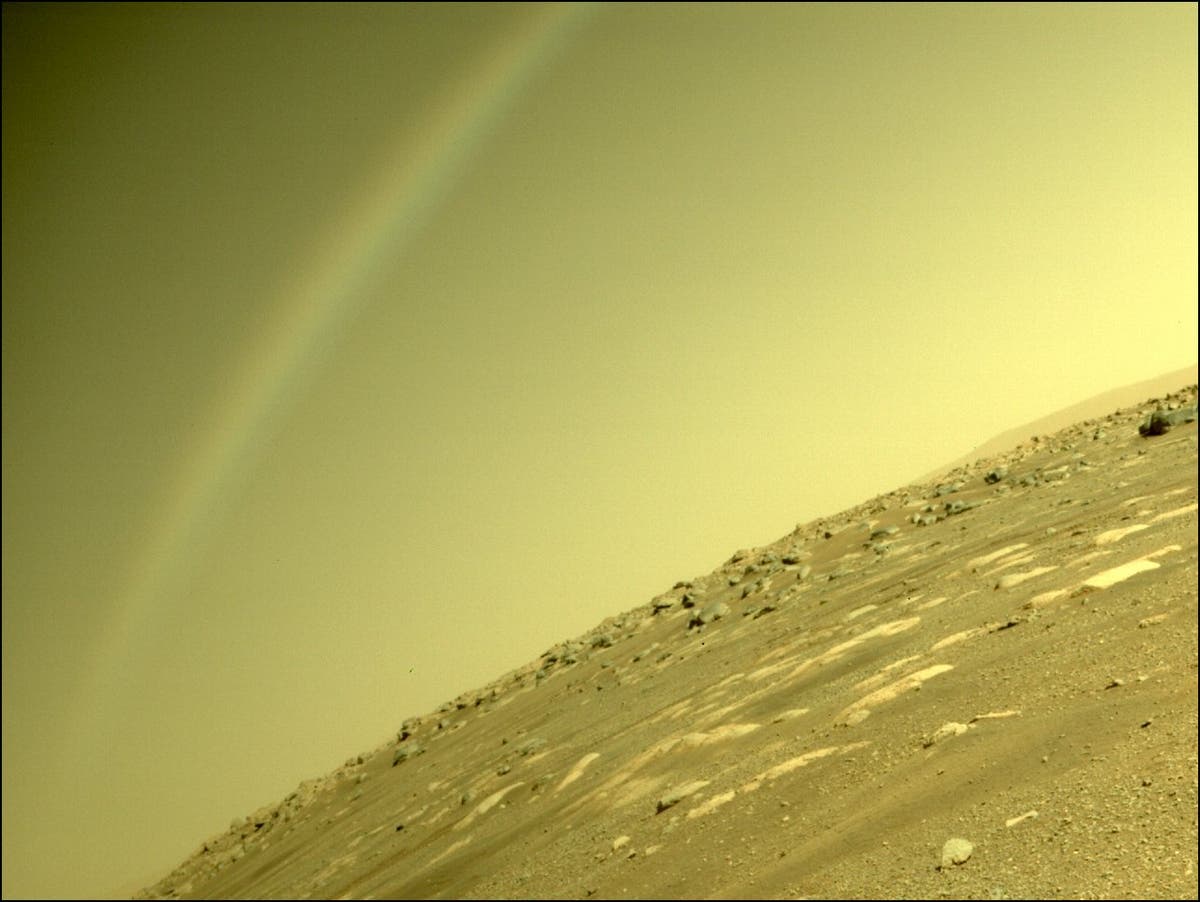 Nasa have explained an image from the Perseverancerover that appeared to show a rainbow stretching across the red planet’s sky.

The image appeared strangely akin to one that might be taken from Earth: a rainbow rising from the ground and ascending up into the air, contrasted against the harsh yellow of the rest of the image.

But a real rainbow is impossible on Mars, as the planet does not have the processes that create such a phenomenon on Earth.

Instead, the sight was explained by something much closer to home, at least for the Perseverance rover that took it: a lens flare as the sun hit the rover’s cameras.

The new image is one of many already sent back from Perseverance since it arrived on the planet earlier this year.

“Rainbows aren’t possible here. Rainbows are created by light reflected off of round water droplets, but there isn’t enough water here to condense, and it’s too cold for liquid water in the atmosphere. This arc is a lens flare.”

It went on to explain that the colours were the result of a flare that came from the cameras that are mounted on the rover, and took the image in the first place.

“I have sunshades on my front Hazcams, which were considered mission-critical (I need them for driving forward & I’m usually driving forward),” the official Twitter account posted. “Sunshades weren’t considered essential on my back Hazcams, so you can see scattered light artifacts in their images.”

The uncanny nature of the Martian surface – which often appears unusually similar to our own world, but at the same time undeniably alien – has led people to see a number of things that aren’t actually there.

People often spot what appear to be things like faces and even coffins on the surface of the red planet, and those sightings are often seized upon by conspiracy theorists who suggest they are proof that Nasa – or somebody else – is hiding the truth of what is happening on Mars. But the unusual artefacts are instead the result of a phenomenon called “pareidolia”, where people see significant objects or patterns in things that don’t actually have them.

Ikea and Sonos ‘to launch poster that plays music’