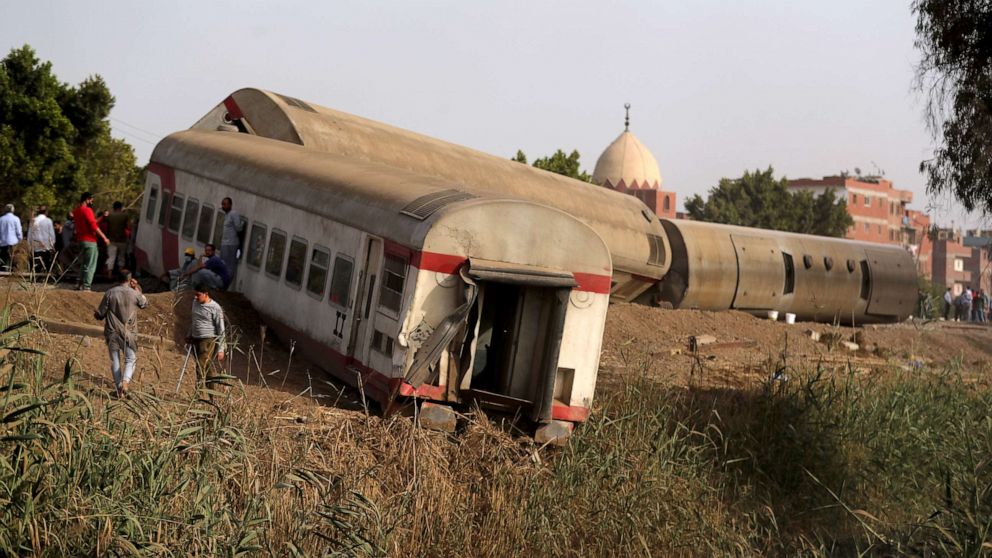 Eleven people are dead and 98 are injured after a passenger train derailed in Banha, Egypt, on Sunday.

Video broadcast by local media showed several carriages overturned in the province of Qalyoubeya, about 18 miles north of Cairo.

Health Ministry officials said 14 people receiving treatment for minor injures have been discharged from the hospital.

The train was traveling from Cairo to al-Mansoura when it derailed.