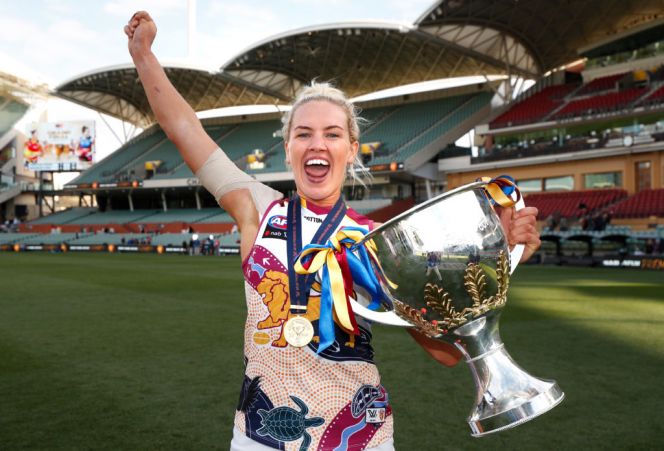 The win saw her become the second Irish woman to win the championship, after a previous win for Crows’ Ailish Considine.

We extend our congratulations to Orla O’Dwyer who became the second Irish player to win an AFLW Premiership title after helping her Brisbane Lions team to glory today. pic.twitter.com/aUzPqh9Oco

Clare’s Considine was also in attendance for the Crows at the Adelaide Oval on Saturday, with over 22,000 spectators, but was not able to repeat her previous win of 2019.

Considine had been drafted in for the Crows, replacing captain Chelsea Randall who missed out due to concussion protocols, while O’Dwyer started at centre-wing for Lions.

It was a surprise victory for Lions, who walked away defeated in two previous meetings at this stage with the Crows — a team tipped to snatch their fourth title.

The game got underway at 2pm AEST (5.30am Irish time), however, TG4 will televise deferred coverage of the game from 5.10pm on Saturday.

Norwich celebrate promotion back to the Premier League