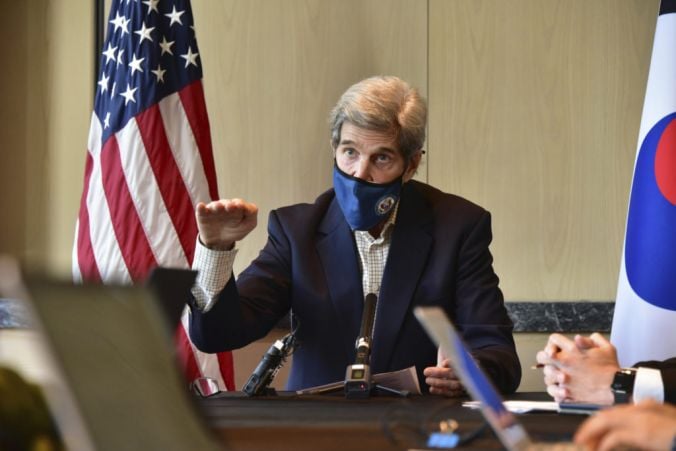 The consequences of not taking further action on climate change would be “beyond catastrophic” for the planet, US climate envoy John Kerry has warned.

The former secretary of state said the need to tackle the issue is “extremely urgent” for the whole world.

It comes as global leaders are to take part in a virtual summit on climate change from April 22nd, as US president Joe Biden leads a push to cut emissions.

The two-day summit will attempt to galvanise efforts by major economies to combat climate change ahead of key UN talks hosted by the UK this year.

“The word ‘urgent’ is totally applicable to the current crisis that we’re in because countries are simply not getting the job done.

“Even if we did everything that we set out to do in the Paris Agreement, the Earth’s temperature is going to increase a very significant amount, perhaps as much as 3.7 degrees or more, and the reason for the real urgency now is that because we’re not getting done what we said we’d do in Paris, it’s actually heading towards 4 degrees or more.

“That’s beyond catastrophic in the consequences to food production, water, habitability in various parts of the planet, the melting of ice, the sea level rise, the warming – all the consequences.”

Mr Kerry said Mr Biden and Boris Johnson “are friends and get along well” and would have no problems in “working together on a lot of key issues” such as climate change.

'We are very sorry for the last four years when the president didn't care about science.'@JohnKerry tells @SophyRidgeSky that "no one nation" can tackle climate change on its own.#Ridge: https://t.co/jC2xzcMCbv pic.twitter.com/3Itbc5I3Ae

He also said that nations, including the UK, have a “stake in the outcome of the climate issue”.

During the summit, the Biden administration will show its recommitment to the Paris climate accord, the world’s first comprehensive climate treaty which Donald Trump rejected.

Mr Kerry said the US has a “duty” to rejoin the agreement and apologised for the nation becoming a “renegade” in tackling climate change under the previous administration.

He went on to say: “President Biden said the first thing he’d do as president is return; we’ve done that and now with this summit we’re going to try and bring nations to the table to do what we need to do to get the job done for future generations.”

Ahead of the summit, Washington and Beijing announced in a joint statement issued by the US State Department they had reached an agreement to co-operate with each other on the issue.

Mr Kerry added: “We have been in touch with China, I’ve talked to my counterpart a number of times.

“We recognise that China with nearly 30 per cent of the world’s emissions, is essential to resolving this crisis and our hopes are that China is prepared to assume responsibility as we are and as other nations are.

“This is not a moment where any nation cannot step up to raise the ambition that Paris envisioned and what we’re doing now is not something that we’ve instigated particularly, it’s the automatic follow-on to the Paris Agreement, that we would reconvene, we will take stock of where we are.”