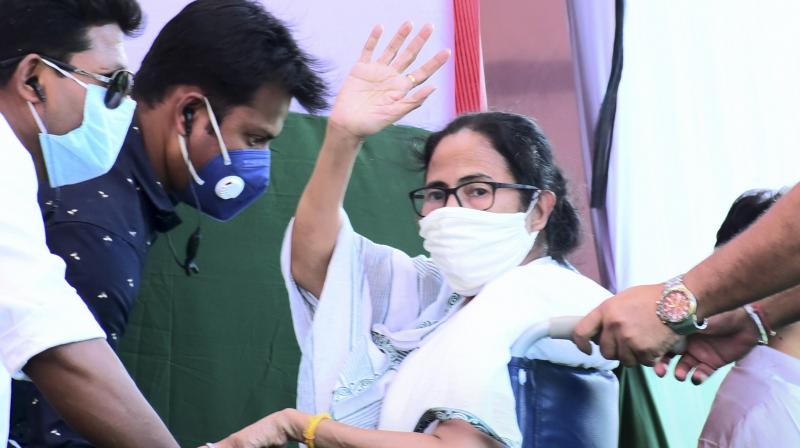 New Delhi: If the Left parties transferred their votes to the BJP in the Lok Sabha election of 2019, the Marxists are once again seeking to damage the Trinamul Congress in the ongoing Bengal Assembly elections. Aware that it cannot hope to come to power, the Left leaders have covertly sent a signal to their cadres and supporters — “Aage Ram, pore baam” (First bring in Ram, then we bring in the Left). Hardcore Left voters, who have tilted towards right-wing politics, are now openly talking about the “Aage Ram…” philosophy.

In fact, the CPI(M) seemed to have joined the saffron chorus of blaming West Bengal chief minister Mamata Banerjee for the Sitalkuchi violence. CPI(M) politburo member Md Salim, calling the incident a “black day in democracy”, claimed that the TMC supremo and chief minister “also stands accused of responsibility in the incident”. Sounding exactly like the BJP, he accused Ms Banerjee of “instigating unsuspecting supporters” towards violence.

The CPI(M), which was ousted by the Mamata tsunami of 2011, believes that “if the BJP comes to power in Bengal, the Left could stage a comeback”. The Left strategy to join hands with the Indian Secular Front led by Abbas Siddqui is also aimed at damaging Ms Banerjee’s Muslim votebank. SUCI leader Subhash Gupta lashed out: “The CPI(M) forged an alliance with the ISF to eat into the Muslim votebank. The CPI(M) has compromised with its ideologies by joining hands with the Congress, which has always taken a soft Hindutva stand.”

Over the past few weeks, the social media is agog over the CPI(M)’s role in “fostering soft Hinduisation of Bengal”. Author and senior journalist Monobina Gupta writes: “We must also remember that the Jyoti Basu government had banned Taslima Nasreen’s novel Dwikhondito, while his successor Buddhadeb Bhattacharjee’s administration bundled the Bangladeshi author out of the state in the dead of night after protests by some Muslim organisations….” She added: “Does the alliance with Siddiqui suddenly become secular simply because of the CPI(M)’s presence?” Monobina Gupta then asked: “If the party (CPI-M) is indeed keen to defeat the BJP, why not back Mamata in the first place?”

Prof Aditya Nigam wrote in his Kafila blog of an alleged “misogynist and patriarchal campaign” unleashed by the CPI(M) against Ms Banerjee. “One meme by people obviously linked to the CPM, for instance, portrayed her witch-like, with a haggard and wicked expression, which was counter-posed to the young beauteous CPI(M) candidate Meenakshi Mukherjee. The meme describes Meenakshi as the ‘beloved daughter of Bengal’, while Mamata is described as the ‘old hag spinster sister-in-law’.” (After a lot of hue and cry, this meme was taken off though the page still continues to be on Facebook.)

Intermediate Board: TS, AP indicted by HC for delaying redistribution of employees

Biden to withdraw all US forces from Afghanistan by Sept. 11