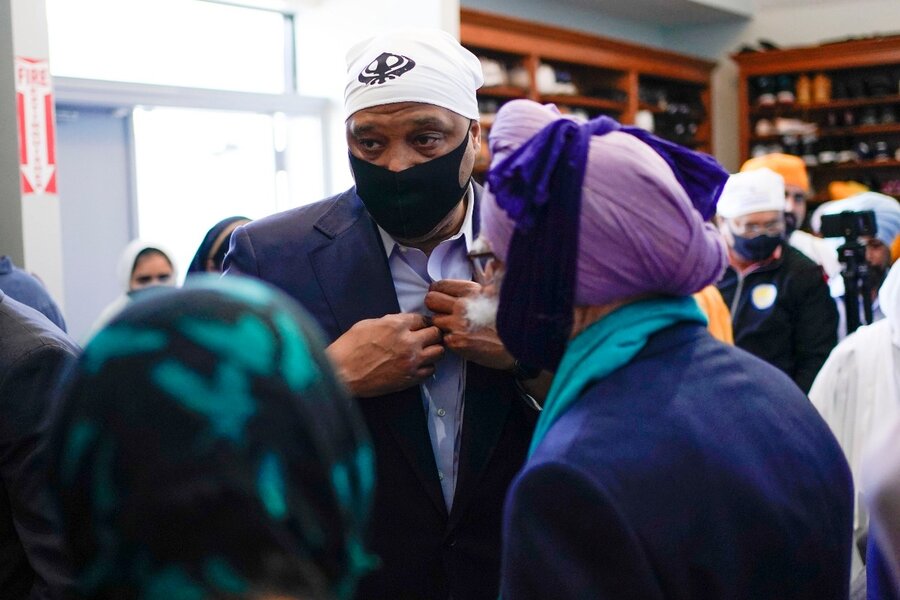 The former employee who shot and killed eight people at a FedEx facility in Indianapolis legally bought the two rifles used in the attack despite red flag laws designed to prevent such purchases, police said.

A trace of the two guns found by investigators at the scene revealed that suspect Brandon Scott Hole, 19, of Indianapolis, legally bought the rifles last July and September, officials with the Indianapolis police said Saturday.

The police did not say where Hole bought what they described as “assault rifles,” citing the ongoing investigation, but said he was seen using both rifles during the shooting.

Details about the weapons’ make, model and caliber won’t be released until the investigation is complete, said Genae Cook, a spokesperson for the Indianapolis Metropolitan Police Department.

Authorities said Hole shot and killed eight people, four of them from the city’s Sikh community, at the FedEx facility late Thursday before killing himself.

The FBI said agents had questioned Hole last year after his mother called police to say her son might commit “suicide by cop.” Officers seized a pump-action shotgun from Hole’s home after responding to the call, according to a police report. Police said the gun was never returned to him.

“We know that we have a Hoosier family who cried out for help, knowing they had a child who required mental health treatment. We know we have members of our law enforcement community who, for a period of time, responded to that call for help. And we know that in the end, that wasn’t enough,” he told The Associated Press before addressing a gathering at the Gurdwara Sikh Satsang, a Sikh house of worship on the east side of Indianapolis.

Mark Bode, a spokesperson for Indianapolis Mayor Joe Hogsett, said Sunday his office also “continues to monitor closely the findings of the ongoing investigation, and what breakdowns in the red flag law processes may have come into play.”

Indiana has had a “red flag law” allowing police or courts to seize guns from people who show warning signs of violence since 2005. It became one of the first states to enact such a law after an Indianapolis police officer was killed by a man whose weapons had to be returned despite hospitalization months earlier for an emergency mental health evaluation.

The law is intended to prevent people from purchasing or possessing a firearm if they are found by a judge to present “an imminent risk” to themselves or others.

Authorities have two weeks after seizing someone’s weapon to argue in court that the person should not be allowed to possess a gun. Officials have not said whether a Hole’s case was brought before a judge. Michael Leffler, a spokesperson for the Marion County Prosecutor, said Sunday that the office is “looking into this matter.”

If Hole had a court hearing and prevailed, state law indicates the shotgun would have been returned to him. If a judge ruled him dangerous or incompetent, however, he should have been barred from buying another gun.

“This shooter had a shotgun confiscated, but he was still able to get his hands on rifles,” Dhaliwal said. “ We need to make sure that guns don’t end up in the wrong hands.”

Dhaliwal also called for roughly two dozen fast-tracked visas from the U.S. and Indian governments to allow relatives to travel for funeral ceremonies that will take place in the next two weeks, he said.

Hole was a former employee at the FedEx facility who left his job last year, police said. Authorities have not yet announced a possible motive for the attack.

Hole’s family said in a statement they are “so sorry for the pain and hurt” his actions caused.

The attack was another blow to the Asian American community a month after authorities said six people of Asian descent were killed by a gunman in the Atlanta area and amid ongoing attacks against Asian Americans during the coronavirus pandemic.

About 90% of the workers at the FedEx warehouse near the Indianapolis International Airport are members of the local Sikh community, police said.

The shooting is the deadliest incident of violence collectively in the Sikh community in the U.S. since 2012, when a white supremacist burst into a Sikh temple in Wisconsin and shot 10 people, killing seven.

Casey Smith is a corps member for the Associated Press/Report for America Statehouse News Initiative. Report for America is a nonprofit national service program that places journalists in local newsrooms to report on undercovered issues.

Climate change: Where China and US find grounds for agreement