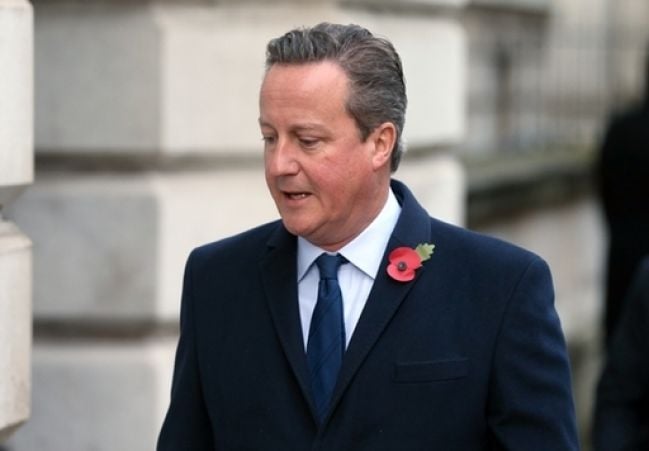 After leaving office, Mr Cameron became an adviser for Greensill Capital, which gave him shares in the company

After leaving office, Mr Cameron became an adviser for Greensill Capital, which gave him shares in the company. It has emerged that Mr Cameron called a number of senior UK government ministers to lobby on behalf of the company, asking for Greensill Capital to get the largest possible allocation of government-backed loans under the Covid-19 corporate financing facility (CCFF).

He also sought to set up private meetings between Greensill Capital executives and UK Secretary of State for Health Matt Hancock.

This has led to serious questions over whether the lobbying activity, in a company where he has personal interest, was appropriate for a former prime minister. Mr Cameron has denied all wrongdoing, but it will be the subject of an official inquiry.

According to Tony Blair’s former spokesman and campaign director, Alastair Campbell: “When you look at some of the stuff that’s coming out now, it’s pretty mind-blowing.

“One of the things about modern politics is politicians are getting the top jobs younger, that means that they’re leaving them younger as well, and they’ve got a lot of life left. He’s perfectly entitled to build a life for himself and so forth, but I just think a former prime minister, in a way it’s the same government you’re talking about; colleagues that he’s worked with etc.”

Mr Campbell added: “I think it’s fine for them to say things like, ‘I’ve met this guy, he’s really interesting, he’s got some great ideas, and I’d love you to meet him’. That sort of stuff is fine I think.

“What is not fine is when you’re doing it because you’re a paid adviser standing to make millions out of the decisions that are being made, I just think you’ve got to stand back from that.

“Some of the stuff today about people working inside government, while also working for outside companies, I can’t see any circumstance where that’s okay. Public-private partnership where the lines are drawn fine, but doing both? I just don’t get it.

“This is what happens if you allow standards to fall in the way that they have been, then they can fall very quickly.”