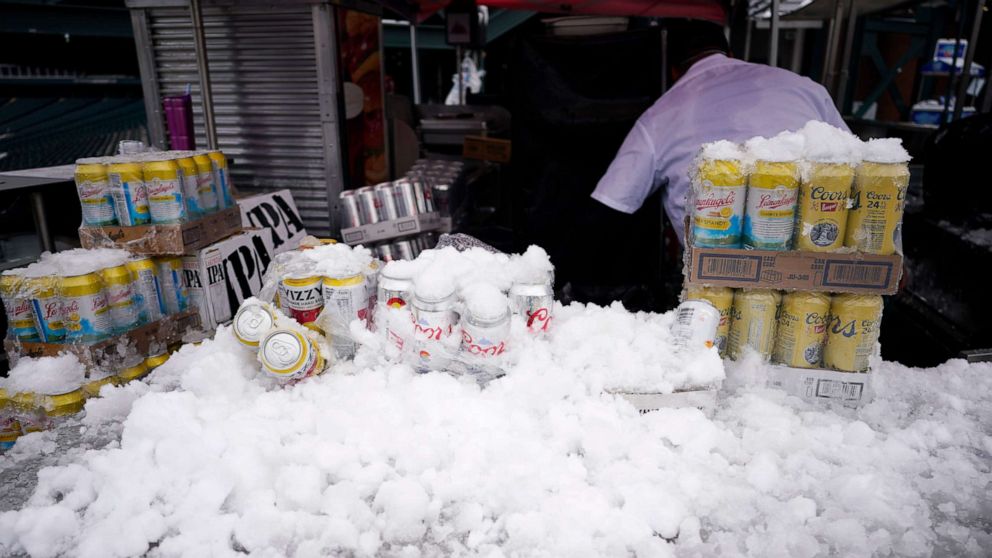 A late season cold blast is expected to hit millions from the Rockies to the East Coast on Tuesday. and Wednesday.

Already up to 17 inches of snow fell in the Rockies with up to 5 inches reported in Denver.

This storm system that brought all the snow to the Rockies will move east today and Wednesday bringing snow from Colorado to New York.

There are 11 states on alert for late season snowfall from Colorado to New York on Tuesday morning.

A total of 2 to 5 inches of snow is expected in Kansas, Missouri, Indiana and Ohio over the next 24 hours.

As the storm system moves into the Northeast, heavy snow will break out on the back side and northern side of the storm with more than half a foot of snow possible from Erie, Pennsylvania, to Buffalo, New York, and into northern New England.

Behind this storm system, a winter-like blast is expected to bring record cold temperatures all the way to Texas as nearly two dozen states from New Mexico to West Virginia are under freeze alerts.

Dozens of record or near record lows are expected for the South and the central U.S.

The coldest morning for the south central states, including Texas, should be Wednesday morning when Dallas could beak a record low of 39 degrees.

A record low could also be shattered Wednesday morning in Oklahoma City where the old record is 34 and current forecast temperature is in the upper 20s.

Some of that cold air will move into the East Coast and the I-95 corridor Wednesday night into Thursday morning and the wind chill is expected to be in the 20s and teens for the Northeast and it will feel like freezing as far south as Raleigh, North Carolina.