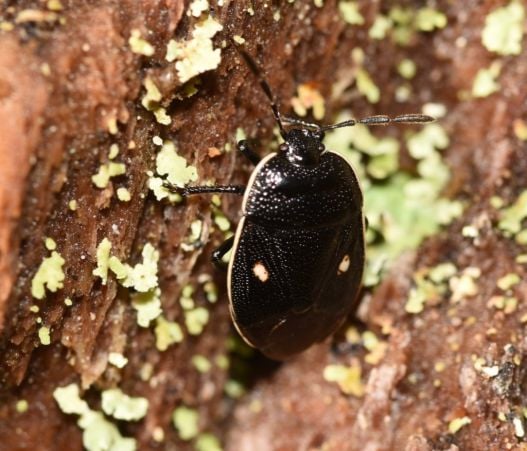 A rare insect that has not been seen in Scotland for more than three decades has been rediscovered, according to RSPB Scotland.

The cow wheat shieldbug was recently spotted in a woodland by a field worker from the Rare Invertebrates in the Cairngorms partnership project.

This is only the eighth record for the bug in Scotland, with previous sighting being recorded between 1866 and 1989.

Exciting insect news! A cow wheat shieldbug has been found by @RareInverts6! 🐞 This rare bug has only been recorded in Scotland 8 times, and was last found 30 years ago! Read more about this fabulous discover here: https://t.co/9GejN1WZM8 🐄🌾🛡️🐛 pic.twitter.com/YGOzrXGiK8

Genevieve Tompkins, who found the bug, said: “One of the great things about this project is that, while looking for the focus species, our volunteers come across other rare insects too.

“Insects are hugely under-recorded, but give us vital clues as to the health of our habitats.

“It is sad that this bug has suffered from a decline in traditional woodland management.

“However, there is hope, with diverse woodlands once more becoming a key feature of the Cairngorms National Park.

“It would be brilliant if more people could look out for the bug, submitting their records through the iRecord website.”

It is considered to be scarce across the UK, with worrying declines in the south-east of England over recent years.

As the name suggests, the bug relies on cow wheat as a food plant.

Although cow wheat is common in many parts of Scotland, the insect needs it to grow in a sheltered, warm micro-climate, usually on sunny rides and glades in woodlands.

It is believed that a decline in such places is one of the reasons why the bug has fared badly over past decades.

Aldi announces return of Cuthbert the Caterpillar amid copyright row