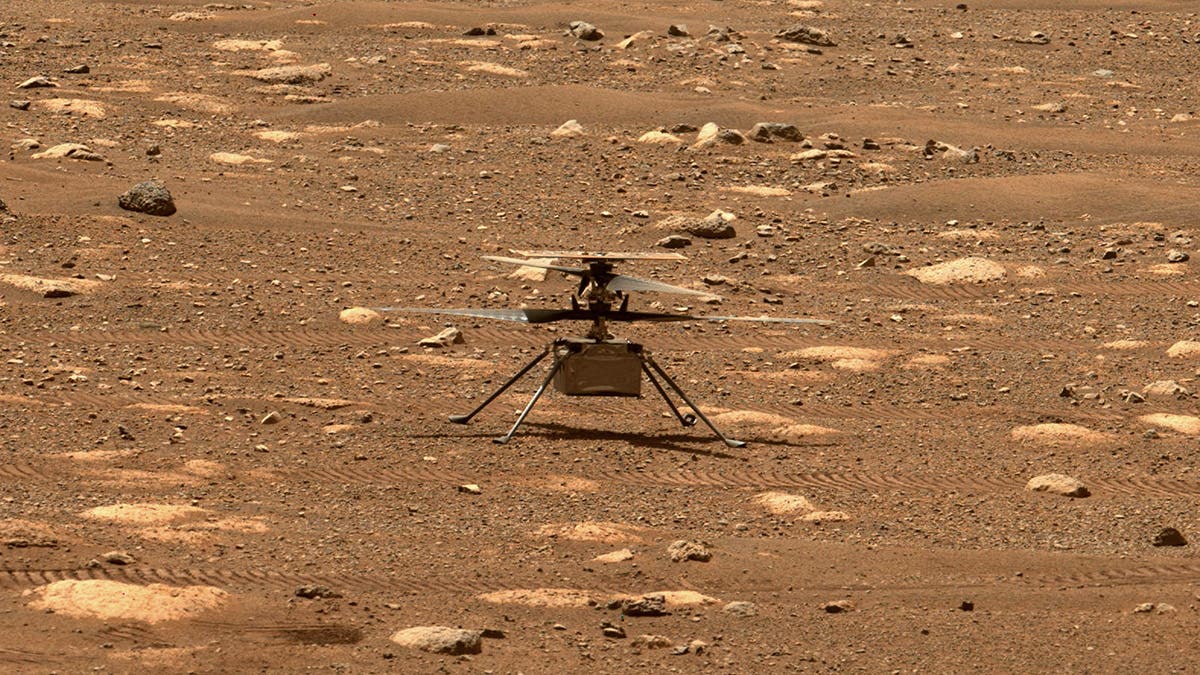 Nasa has been forced to delay the first flight of the Ingenuity Mars helicopter – which is set to be the first powered, controlled flight on another world – because of an unexpected failure of the craft’s rotors.

“During a high-speed spin test of the rotors on Friday, the command sequence controlling the test ended early due to a ‘watchdog’ timer expiration”, Nasa said in a statement.

“This occurred as it was trying to transition the flight computer from ‘Pre-Flight’ to ‘Flight’ mode. The helicopter is safe and healthy and communicated its full telemetry set to Earth.”

The timer alerts the system to any potential issues and oversees the command sequence to make sure the operation does not continue in the event of detected problems.

The flight, which was scheduled for Monday, has been delayed to Wednesday. “The helicopter team is reviewing telemetry to diagnose and understand the issue”, Nasa continued. “Following that, they will reschedule the full-speed test.”

Ingenuity’s task is not an easy one. The blades will have to spin in opposite directions at 2,500 rotations per minute in order to lift the drone. The atmosphere on Mars is also one per cent as dense as that on Earth, making it significantly harder for the drone to build up enough momentum to fly.

Nasa will not use the helicopter to conduct any experiments; the extent to the drone’s flight will be a short hover in the air. However, the space agency will gather vital information from its brief lift which will be used to refine designs for future exploratory vehicles.

The Martian atmosphere is not as welcoming as Earth’s, with temperature’s dropping to -54 degrees Celsius that could threaten the electrical components of Ingenuity.

The helicopter has to heat itself and ensure its battery does not deplete, with a solar array built into the top of the helicopter’s rotors so it can absorb light from the Sun.

“Our 30-sol test schedule is frontloaded with exciting milestones,” Teddy Tzanetos, deputy operations lead for the Ingenuity Mars Helicopter at JPL, said after the helicopter survived its first night on the alien world.

“Whatever the future holds, we will acquire all the flight data we can within that timeframe.”

Apple unveils AirTags, new iPad Pro and more at its 1st event of 2021