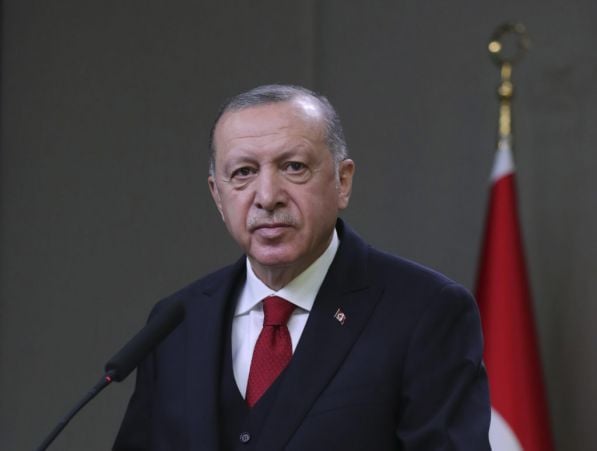 Turkish President Tayyip Erdogan established a close bond with former US president Donald Trump, but he has yet to speak to President Biden

Turkish Foreign Minister Mevlut Cavusoglu said on Tuesday that any move by US President Joe Biden to recognise the 1915 mass killings of Armenians by the Ottoman Empire as a genocide will further harm already strained ties between the NATO allies.

Turkey accepts that many Armenians living in the Ottoman Empire were killed in clashes with Ottoman forces during World War One, but contests the figures and denies that the killings were systematically orchestrated and constitute a genocide.

Commemorations of the killings are held around the world each April 24th.

For decades, measures recognising the Armenian genocide, stalled in the US Congress and US presidents have refrained from calling it that, stymied by concerns about relations with Turkey and intense lobbying by Ankara.

Asked in an interview with broadcaster Haberturk about whether Biden would recognise the killings as a genocide amid reports he would be the first US president to do so, Cavusoglu said the United States “needs to respect international law”.

“Statements that have no legal binding will have no benefit, but they will harm ties,” Cavusoglu said. “If the United States wants to worsen ties, the decision is theirs,” he said.

In 2019, the US Senate passed a non-binding resolution recognising the killings as a genocide, in a historic move that infuriated Turkey

Ties between Ankara and Washington have been strained over a host of issues, from Turkey’s purchase of Russian S-400 defence systems – over which it was the target of US sanctions – to policy differences in Syria, human rights and legal matters.

Turkish President Tayyip Erdogan established a close bond with former US President Donald Trump, but he has yet to speak to President Biden since he became president on Jan. 20. Officials from Turkey and the United States have held talks since Biden’s administration took office. – Reuters

How a Chicago teacher sparked a ‘memory war,’ forcing Lithuania to confront its Nazi past

Rare insect rediscovered in Scotland after more than 30 years