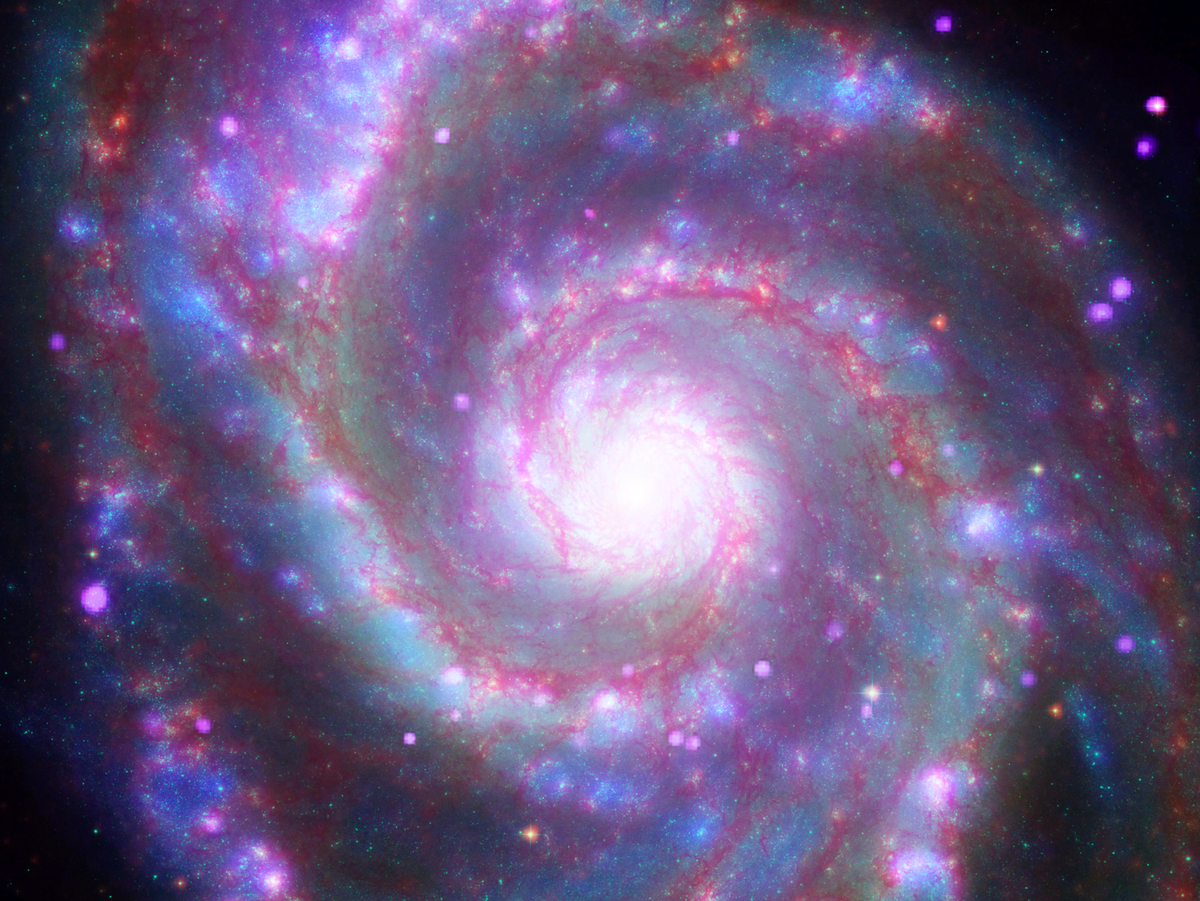 Nasa has released a strange project where data from the cosmos has been turned into music, so people can listen to the deepest sounds of our universe.

The visual data was converted through a process called sonification, turning light waves from millions of miles away being translated into sound waves without actually affecting the content.

Nasa captured the sounds of the “Chandra Deep Field South”, gathering the sounds of seven million seconds of x-ray information of supermassive black holes and galaxies in the southern hemisphere of space.

“In this data sonification, the colours dictate the tones as the bar moves from the bottom of the image to the top. More specifically, colours toward the red end of the rainbow are heard as low tones while colours towards purple are assigned to higher ones. Light that appears bright white in the image is heard as white noise”, Nasa describes.

“The wide range of musical frequencies represents the full range of X-ray frequencies collected by Chandra of this region. In the visual colour image, this large frequency range in X-rays had to be compressed to be shown as red, green, and blue for low, medium, and high-energy X-rays.”

Following that is the Cats Eye nebula, formed from huge clouds of dust and gas that is given off when the star at its centre runs out of helium. These outburst form incredible structures that look like bubbles expanding over time.

“To listen to these data, there is a radar-like scan that moves clockwise emanating from the centre point to produce pitch. Light that is further from the centre is heard as higher pitches while brighter light is louder. The X-rays are represented by a harsher sound, while the visible light data sound smoother”, Nasa says.

“The circular rings create a constant hum, interrupted by a few sounds from spokes in the data. The rising and falling pitches that can be heard are due to the radar scan passing across the shells and jets in the nebula.”

The final addition is the Messler 51 whirlpool galaxy, with enormous spiral arms that are tracked round in a clockwork direction by Nasa’s sonification technology.

“The radius is mapped to notes of a melodic minor scale. Each wavelength of light in the image obtained from Nasa telescopes in space (infrared, optical, ultraviolet, and X-ray) is assigned to a different frequency range. The sequence begins with sounds from all four types of light, but then separately moves through the data from Spitzer, Hubble, GALEX, and Chandra,” the agency says.

“At wavelengths in which the spiral arms are prominent, the pitches creep upwards as the spiral reaches farther from the core. A constant low hum associated with the bright core can be heard, punctuated by short sounds from compact sources of light within the galaxy.”