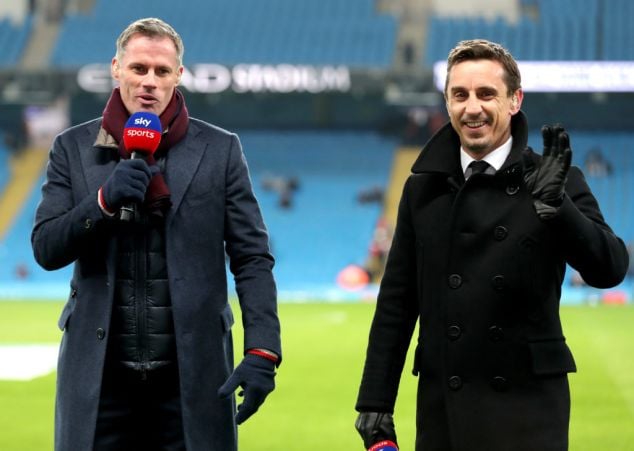 Gary Neville toasted the apparent demise of the Super League with the controversial breakaway tournament seemingly on the verge of collapsing.

With Chelsea understood to be withdrawing and Manchester City reportedly following suit, the proposed new venture looks doomed just 48 hours after it was announced.

When the news that Ed Woodward was understood to have resigned as Manchester United executive vice-chairman broke, Neville, an outspoken critic of the Super League, tweeted a waving emoji.

To The Super League 🥂 pic.twitter.com/zcHbsJ0DG0

The former United defender then posted a picture of himself drinking a glass of wine with the caption: “To the Super League.”

Carragher added: “At Sky Sports yesterday I felt resigned to #SuperLeague happening, but during #MNF after hearing managers, players & fans from @LUFC @LFC I’m convinced if we all get together & forget our tribalism we can stop this. Keep banging the drum.”

Former Chelsea midfielder Pat Nevin, covering their match against Brighton on Tuesday night, told BBC 5Live: “I’m not going to make excuses for Chelsea, they got it wrong.

“But the best thing to do when you realise something is wrong is hold your hand up and get out of it. Chelsea might pat themselves on the back and say ‘we’ve destroyed this’.

“It is so obvious that it is going to fall apart now.”

Ex-England captain Gary Lineker posted the simple message: “We’ve got our ball back.”