The explosion happened inside the car park of the Serena hotel in Quetta, southwest Pakistan. China’s ambassador to Pakistan is suspected to have been the target of the blast.

Pictures from the scene show cars and a nearby building in flames as emergency services rushed to the scene.

Pakistan’s interior Minister, Sheikh Rashid Ahmad, said the Chinese ambassador was not at the scene when the bomb exploded. 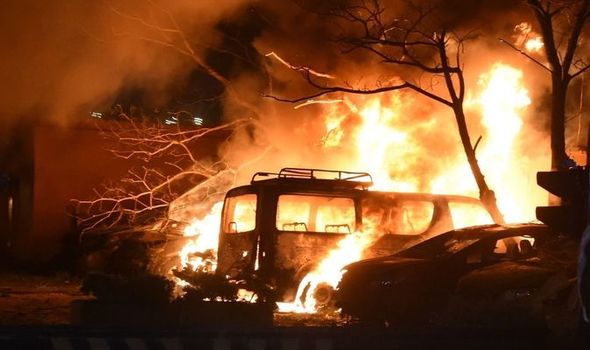 Mr Ahmad told local media a “car that was full of explosives exploded in the hotel”.

He also confirmed to AFP that “at least four people have been killed and 12 others were injured” and described it as “an act of terrorism”.

The Pakistan Taliban have claimed responsibility for the explosion.

A spokesman for the militant group Tehreek-e-Taliban Pakistan (TTP) told Reuters: “It was a suicide attack in which our suicide bomber used his explosives-filled car in the hotel.” 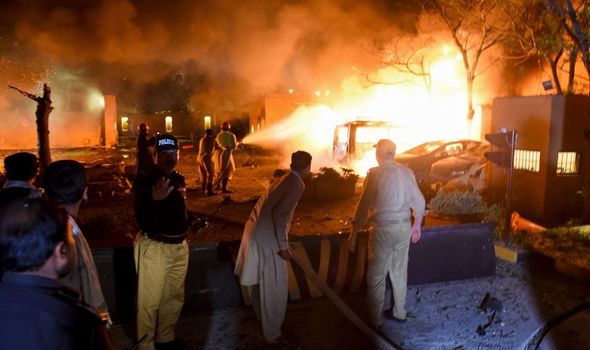 Mr Lango told reporters that Mr Nong “is in high spirits” and would be completing his visit to the city on Thursday.

Quetta is the largest city in the Balochistan province – a region known for separatist insurgency. 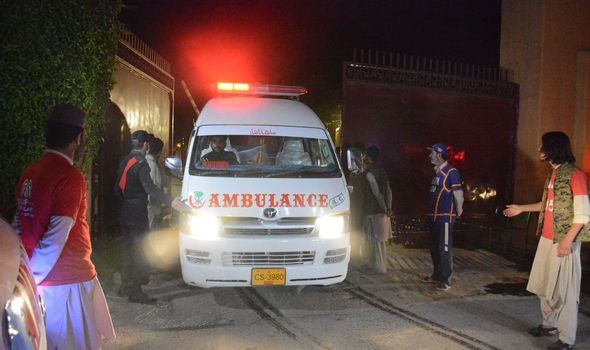 Militant groups have ramped up attacks in tribal areas near the border with Afghanistan in recent months.

The groups want independence from the rest of Pakistan and are against any Chinese infrastructure projects in the area.

In June, Balochistan insurgents targeted the Pakistan Stock Exchange which is partly owned by Chinese companies.