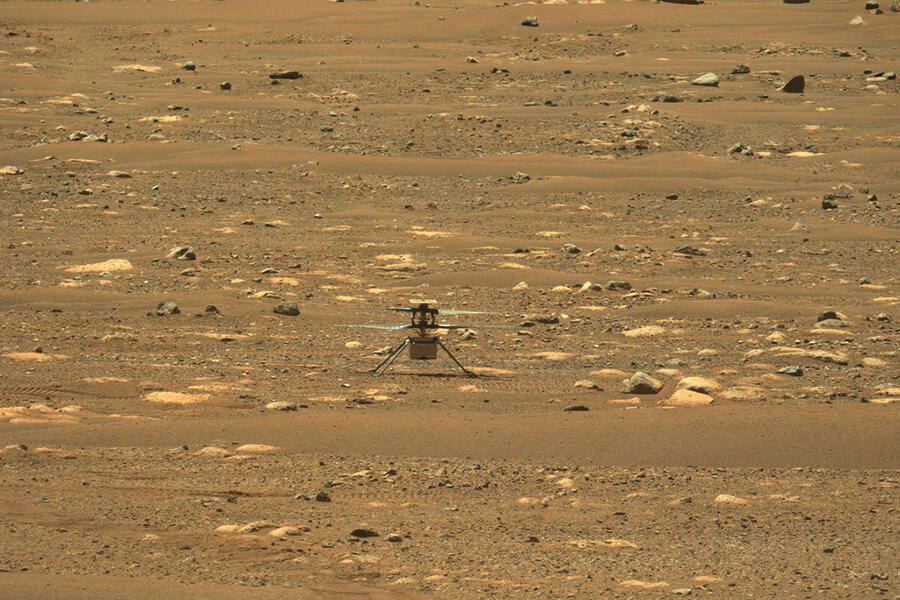 MiMi Aung understands the significance of what her team accomplished. Monday morning, humankind completed its first controlled flight on another planet. A tissue-box sized helicopter with an adorable solar-panel hat and the outsize rotors of a jug-eared kid flew 9 feet into the Martian sky, stayed aloft for 39 seconds, and then obediently touched back down.

But what Ms. Aung really wants to do is crash the thing.

Sure, Monday was a historic step. But can the helicopter, called Ingenuity, get 15 feet up? Can it fly nearly a half-mile, landing on broken terrain? Can the meek little probe summon its inner Ferrari? “I care about going really far and really fast. As fast as we can go,” Ms. Aung said with the twinkle of an interplanetary daredevil.

One small drone flight might become one giant leap for humanity’s exploration of our solar system.

Math and science can tell us how to fly on Mars, where the atmosphere is 1% as dense as Earth’s. But nothing beats practice. NASA wants to send a car-sized quadcopter to study the methane lakes of Saturn’s moon Titan this decade. Ingenuity is a test pilot.

The promise: a chance to visit places no rover could reach, offering unprecedented vistas and discoveries on the planets and moons of our solar system. So that means a little Martian “Fast and Furious” in the weeks ahead. Says Ms. Aung: “We really want to know what the limits are. So we will be pushing the limits, very deliberately.”

NASA’s Ingenuity lifts off in historic first flight on Mars