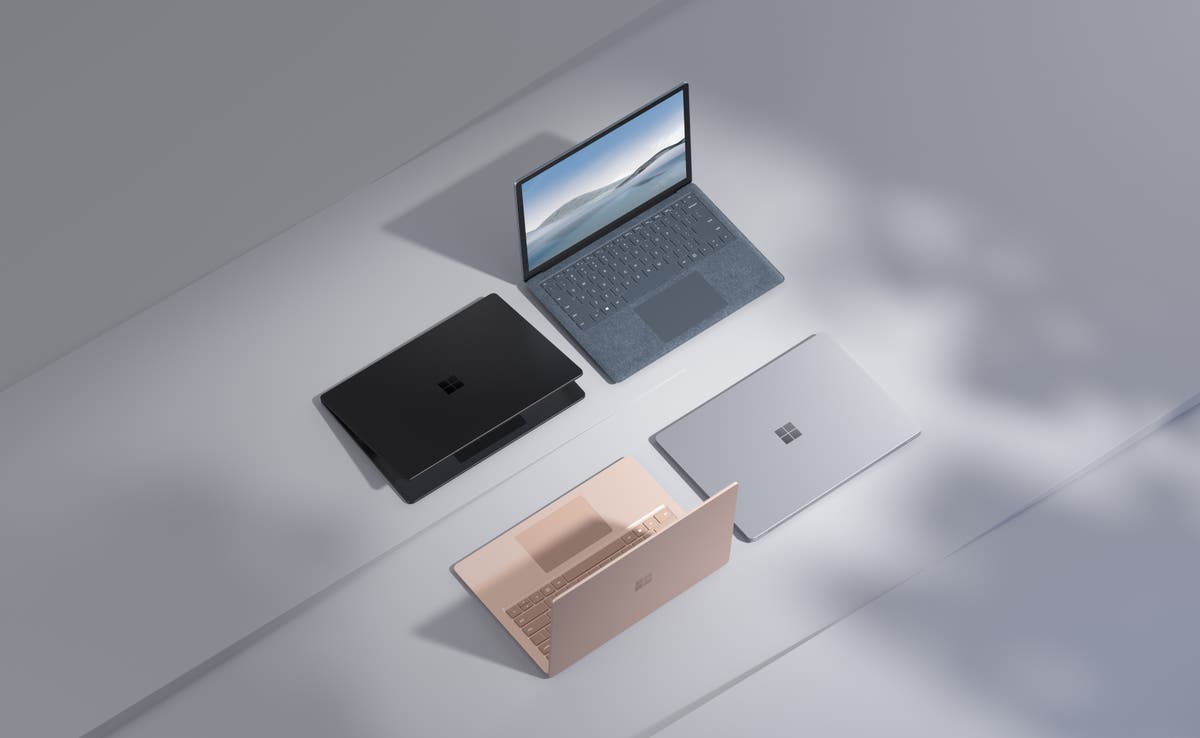 Microsoft has announced its new Windows 10 computer, the Surface Laptop 4.

It is little over a year since the Surface Laptop 3 launched, and it appears little has changed between that device and its successor.

There is one single USB-C port, a USB-A port, a headphone jack, and the company’s proprietary Surface Connect port for power.

Microsoft has been making changes to the inside the device, however. The company claims a 70 per cent performance increase, with either Intel’s 11th generation chipset or AMD’s Ryzen 4000 series as the chosen processor.

The decision follows Apple’s choice to move from Intel processors to its one M1 chip, which has generally been well received by customers and is likely to be replaced by an M2 chip in upcoming products.

Microsoft does have its own custom ARM-based chip which is featured in the Surface Pro X tablet, but has seemingly decided not to add it to the range at this time.

Other specs for Microsoft’s new devices include 256GB of storage, 8GB of RAM, face recognition in its HD front-facing camera to unlock, Bluetooth 5, and a claimed 19 hours of battery life with fast charging capabilities – unfortunately still through Microsoft’s proprietary Surface Connect port.

How Yahoo Answers went from Q&A site to total collapse