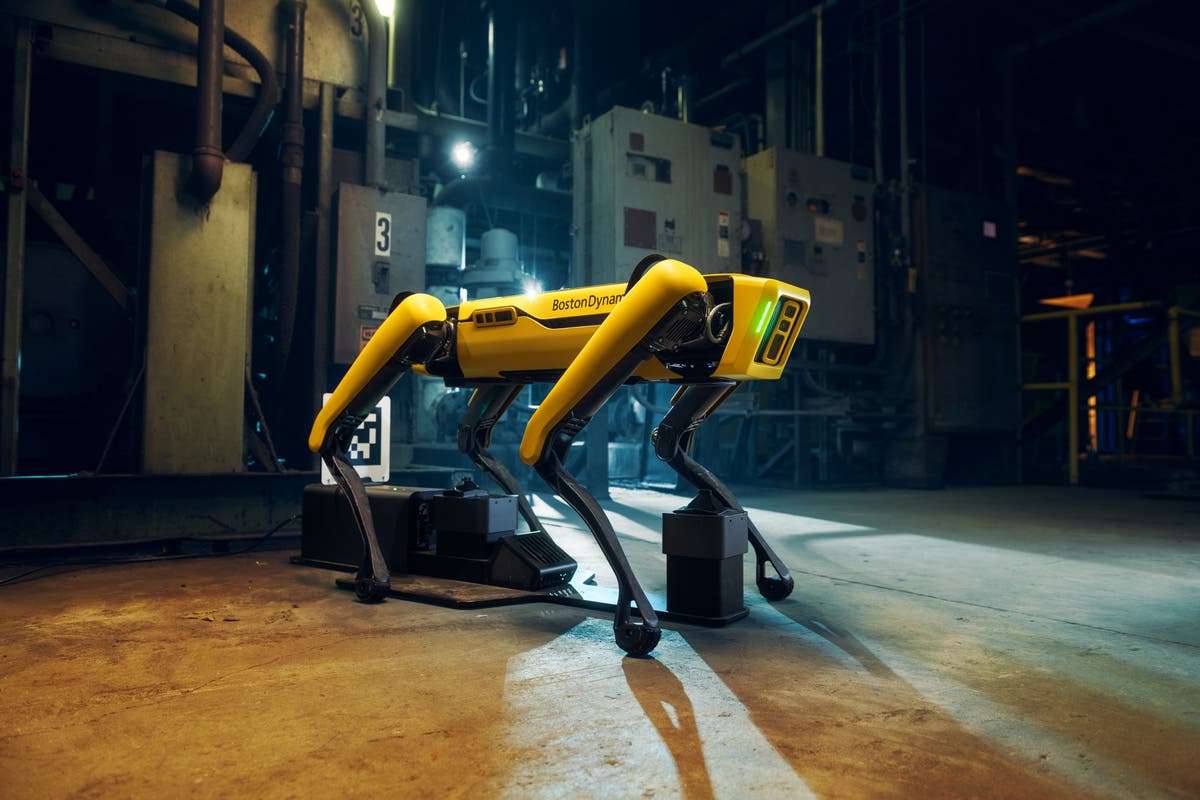 A Twitter thread explaining how to disable Boston Dynamics’ robot dog has gone viral following videos of the machine being used by the New York citypolice department.

Footage shared shows officers leading a suspect out of a building, followed by “Digidog”, a version of its $75,000 Spot robot. The expensive machine was the subject of much criticism, especially in light of increasing debate over the role of the police and examples of brutality from law enforcement.

In response, Twitter user Len Kusov shared instructional material from Boston Dynamics explaining how to remove the battery from Spot.

PSA: if you or someone nearby are being brutalized by a police Spot robot and can get a hand or something underneath, grab this handle and yank it forward. This releases the battery, instantly disabling the robot.

Keep your hands away from joints, Spot WILL crush your fingers. https://t.co/bMyEKmpS7R pic.twitter.com/vw8WDMWDAD

“Grab this handle and yank it forward. This releases the battery, instantly disabling the robot”, they tweeted. “Keep your hands away from joints, Spot WILL crush your fingers.”

“If you are a bystander and can get BEHIND spot, don’t hit the power button, hit the OTHER button – it physically disconnects the motors. Spot can also be countered with booby traps easily. If you’re armed, shoot center-of-mass as normal. The lithium pack is huge and not armored.

They went on to say that the Digidog can also be disabled with a Wi-Fi jammer, as the robot is operated in manual mode via a controller. “The quick-change batteries, safety cutout, wifi control, etc make plenty of sense for the ADVERTISED usage cases of disaster recovery, warehousing, power plant maintenance, HAZMAT, EOD”, they added, but raised concerns because “this isn’t even supposed to get within 2 meters of anyone while running.”

The Independent has reached out to Boston Dynamics for comment, but has addressed concerns that its robot animal could be used harmfully in the past.

Internet collective MSCHF put a paintball gun on the top of Spot that could be controlled by people via a website, shooting at objects in an art gallery as a critique of the dangerous potential of robots in the police force and armed forces.

“All buyers must agree to our Terms and Conditions of Sale, which state that our products must be used in compliance with the law, and cannot be used to harm or intimidate people or animals”, Boston Dynamics said in a statement at the time.

Spot periodically checks with Boston Dynamics’ servers, so it would be possible for the company to disable Spot remotely. “We’re wrestling with that,” Michael Perry, the company’s vice president of business development, said.