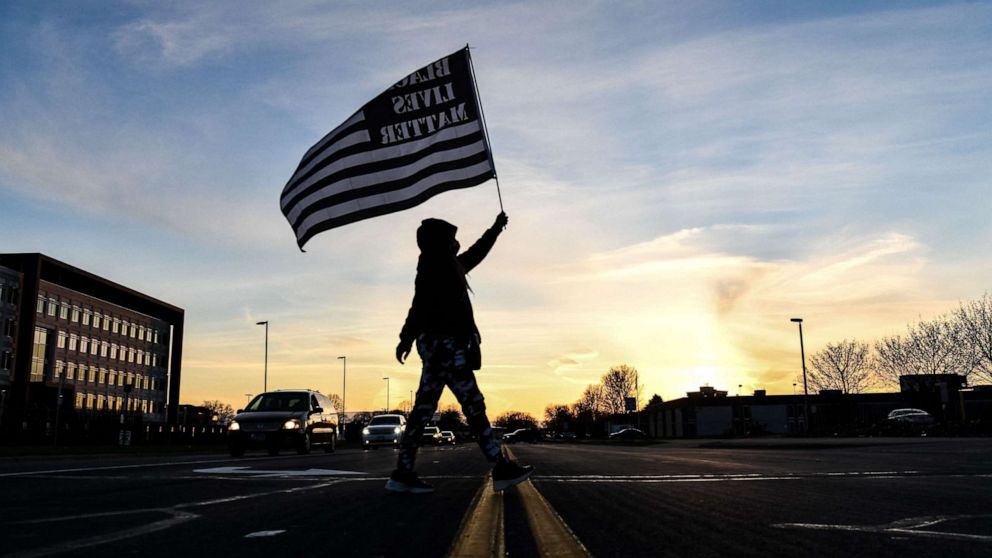 There are moments where a president and a political class can hope to shape life-altering events.

Then there are moments like this — where a confluence of outside events are overlapping in unpredictable, if not downright frightening, ways.

Monday marks the anniversary of some of the worst recent American memories: Columbine, Waco, Oklahoma City. This year, April 19 — a date long associated with extremists and white supremacists — falls amid a rash of mass shootings and growing concerns about racially motivated violence.

Meanwhile, in Minneapolis, closing arguments begin Monday in the trial of former police officer Derek Chauvin, charged in connection with the death of George Floyd. The possibility of an acquittal or a hung jury has cities across the country on alert, particularly given other recent police-involved killings of Black people.

Benjamin Crump, the attorney representing the families of both Floyd and Daunte Wright, said Sunday that a conviction of Chauvin would set an important new precedent for policing — but said an acquittal would be a signal that “the American legal system has broken our heart.”

All of this raises delicate issues that President Joe Biden has at times struggled with, at least rhetorically. It’s possible that the balance of Biden’s first 100 days in office will be defined by events no politician can hope to control.

Negotiation relating to legislation focused on combatting anti-Asian hate crimes is ongoing in the Senate. The COVID-19 Hate Crimes Act written by Sen. Mazie Hirono, D-Hawaii, would empower law enforcement to address the rise in attacks against Asian Americans and Pacific Islanders.

The bill is expected to pass with bipartisan support, but its passage is likely tied to tweaking language in the legislation that connects hateful rhetoric or action to the pandemic. Former President Donald Trump has been criticized for his decidedly anti-Asian rhetoric amid the pandemic.

“The whole point is there is a connection between COVID and the rise of these hate crimes. We wanted to make sure everyone understood there’s a cause and effect here,” Hirono said of her legislation.

Hirono has signaled openness to negotiating the language to get the legislation to the president’s desk.

Passage of this legislation, which is expected as early as this week, could be a sign that bipartisan legislation is possible in this deeply divided Congress.

Despite being stripped of committee assignments in February, Georgia Rep. Marjorie Taylor Greene is now among a handful of Republicans who are raking in huge fundraising hauls on the heels of voicing support for overturning the 2020 election results.

As reported by ABC News’ Kendall Karson and Soo Rin Kim, Taylor Greene brought in over $3.2 million from more than 100,000 donors in the first fundraising quarter, which is more than the amount she raised as a candidate during the entire 2020 election cycle. That number is more than two times the amount raised by Rep. Liz Cheney, the third most powerful Republican in the House. Cheney, who voted to impeach Trump, brought in $1.5 million, marking her single best fundraising quarter ever.

While the visible fundraising gap appears to expose a simmering contribution market for Republicans who want to support Trump-backing lawmakers, it still remains to be seen how financial success translates into political victories on Capitol Hill, especially when paired against highly contentious culture wars rather than legislation.

Taylor Greene’s fundraising success comes amid a Punchbowl News report saying that she, along with Arizona Rep. Paul Gosar, were planning to launch a House caucus that calls for “common respect for uniquely Anglo-Saxon political traditions.” The loaded, nativist premise promptly drew condemnation from both sides of the aisle, but GOP leaders — including Rep. Kevin McCarthy and Cheney — did not call out either lawmaker by name in distancing themselves from the alleged formation of the new caucus. In the fallout, the Georgia congresswoman blamed the media while claiming she “hadn’t read” the “staff-level draft proposal from an outside group” and remains determined to “never stop fighting for America First.”

Monday morning’s episode features civil rights attorney Channa Lloyd, who discusses what the jury will be looking for in closing statements of the Derek Chauvin trial. Then, ABC News’ Will Carr has the latest on the suspect in the Indianapolis FedEx shooting and why he was able to legally purchase his weapons. And ABC News senior foreign correspondent Ian Pannell reports on the growing international concern for jailed Russian opposition leader Alexei Navalny. http://apple.co/2HPocUL