Indonesia’s navy has been searching for a vessel which is carrying 53 sailors. The submarine went missing during a training exercise in waters north of the island of Bali.

The sailors were conducting a torpedo drill on Wednesday but failed to send the expected results.

Yudo Margono, the navy chief of staff, warned that the crew on board only have enough oxygen to last until 3am on Saturday.

He told reporters: “The submarine’s oxygen reserve capacity in a blackout is 72 hours.

“There’s time until Saturday around 3am. Let’s hope we can find them before then.” 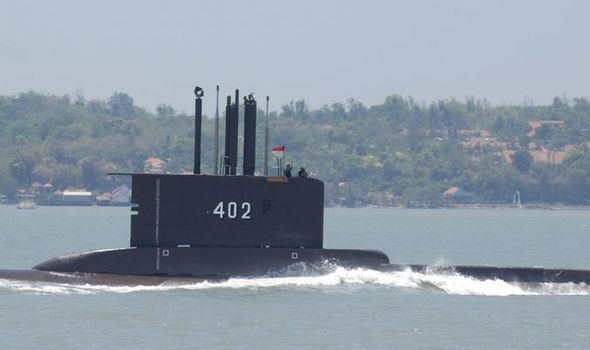 Officials have confirmed that two navy vessels with sonar capability have been deployed to help find the submarine.

An aerial search discovered an oil spill near the missing vessel’s dive location.

The navy has said the oil could indicate damage to the vessel or could be a signal from the sailors.

Indonesian President Joko Widodo has invited people to pray “the sub is found and the crew is safe”.

He added: “The military, navy and national rescue agency are working together with other institutions on the search and rescue. Our priority is the safety of the 53 crew.” 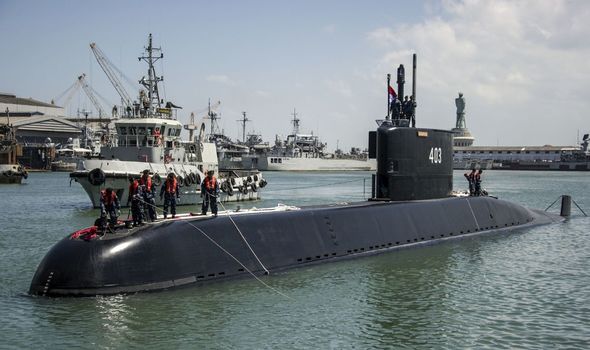 Mr Yudo gave a glimmer of hope when he said authorities had found an item with a “high magnetic force” floating at a depth of 50 to 100 metres in the water.

But the navy warned it is also possible that “during static diving, a blackout occurred so control was lost” meaning “emergency procedures cannot be carried out and the ship could fall to a depth of 600-700 metres”.

French navy admiral Antoine Beaussant said the 43-year-old submarine was not built to withstand such depth.

He told AFP: “If it went down to rest at 700 metres the likelihood is it would have broken up.”

Indonesia said a number of countries nearby including Australia and Singapore responded to calls for assistance.

‘Secrets of the Whales’ is a deep dive into whale culture