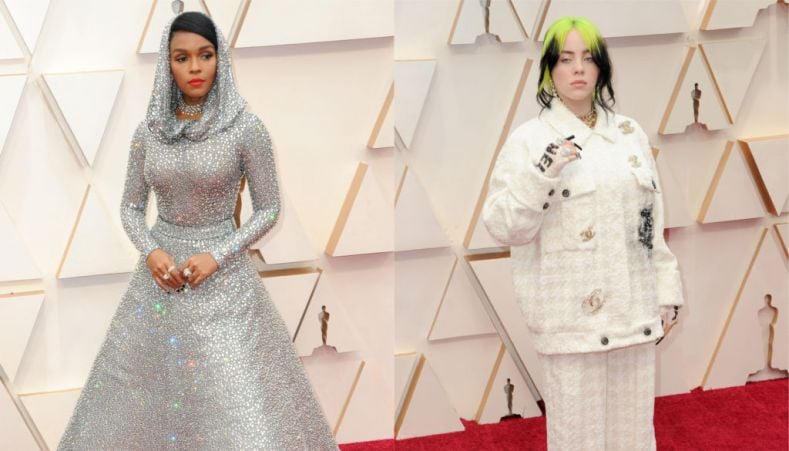 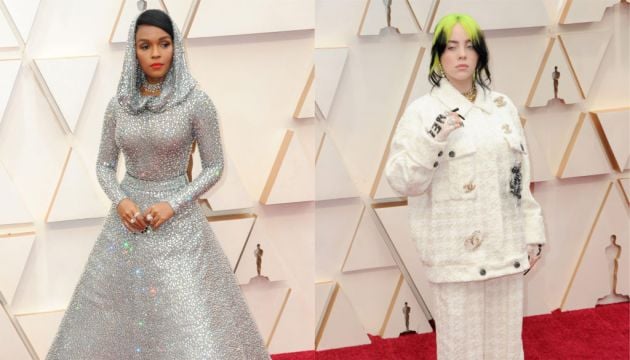 This year’s Oscars is almost upon us – certainly a long time coming, as the February 2020 ceremony feels like it took place a lifetime ago.

Do you even remember what happened last year, before Covid-19 lockdowns were in place? Parasite made history by winning the best picture award, Janelle Monae stormed the red carpet in an armour-inspired, hooded silver gown, and Billie Eilish made an entrance in the formal version of her signature look: a baggy pantsuit.

The pandemic has delayed this year’s ceremony (it’s normally held in late February or early March), and the event itself will look a bit different to normal. Instead of a big red carpet and celebrities piling into the Dolby Theatre in Los Angeles, the ceremony will be broadcast from two locations: a scaled back, open-air event at Union Station, and additional show elements filmed live at the Dolby Theatre.

This is a departure from previous pandemic awards shows, which have all been at least partially virtual – including the recent Golden Globes and Baftas. Instead, the Academy has said there will be no Zoom allowed, and it’s planning to make the ceremony feel like you’re watching a movie.

This, hopefully, means more of a return to the red carpet fashion of a pre-pandemic time. However, Covid has permanently changed our approach to fashion – both on the high street and the red carpet.

In previous awards shows, we’ve certainly had moments of high glamour and drama – think of Regina King in a joyful blue Schiaparelli bubble gown, Zendaya making history in Giorgio Armani to accept her Emmy award, or Anya Taylor-Joy stunning in a green Dior dress at the Golden Globes.

But there’s also been a lot more low-key fashion – perhaps celebrities feel uncomfortable about getting lavishly dressed up, only to sit in their front room, or didn’t think opulent fashion felt appropriate in light of what’s going on in the world. We’ve seen a lot of designer pyjamas at awards shows over the past year, worn by both Rachel Brosnahan and Julia Garner at the Emmys in September 2020.

As the Oscars are actually going to be in person, we predict celebrities will go big, relishing the opportunity to get back to some kind of normality (well, ‘normal’ for famous actors). Fashion pundits have been suggesting we’re in for the 21st century version of the roaring Twenties: after the Spanish flu pandemic came to an end, the following decade brought with it opulent, carefree fashion – just think of the parties in F Scott Fitzgerald’s The Great Gatsby.

This year, Oscar-goers will have no choice but to dress up. A letter to the nominees published by Deadline read: “You’re wondering about the Dress Code (as well you should). We’re aiming for a fusion of Inspirational and Aspirational, which in actual words means formal is totally cool if you want to go there, but casual is really not.” So we’re expecting ballgowns and bedazzled suits, rather than silk pyjamas or Jason Sudeikis in a tie-dye hoodie.

We’re also expecting more of a focus on eco fashion on the red carpet. The pandemic has forced many of us to slow down and rethink our priorities: and for many people, that means re-evaluating the waste caused by the fashion industry. Eco-friendly outfits have occasionally made an appearance on the Oscars red carpet – in 2016, Lily Cole wore a Vivienne Westwood gown made from plastic bottles, and in 2020, both Kaitlyn Dever and Lea Seydoux wore Louis Vuitton dresses made from sustainable materials. This year, there will likely be more green fashion choices.

Whether the Oscars is a tentative return to fashion form or an explosion of creativity and colour remains to be seen. With some of the most exciting figures in fashion taking on presenting duties – including Regina King and Zendaya – we’re certainly in for a treat.

How all the excuses not to exercise can be overcome

George Floyd verdict: 5 other court cases that changed the course of history