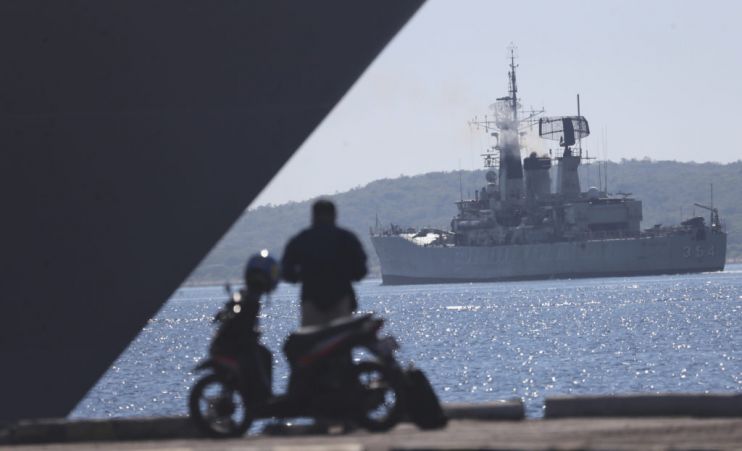 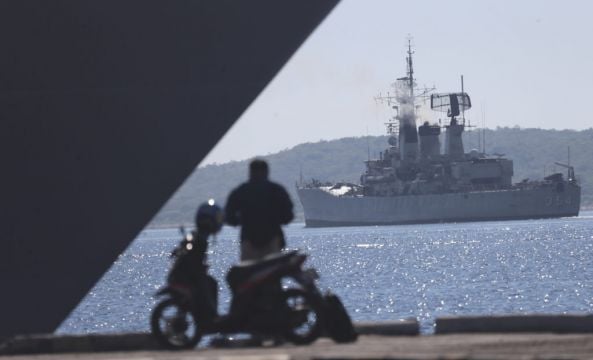 The oxygen supply for the 53 crew members of an Indonesian submarine missing in waters off Bali is believed to have run out with no sign of the vessel.

The search for the KRI Nanggala 402 resumed on Saturday, bolstered by the arrival of a sonar-equipped Australian warship.

It went missing after its last reported dive on Wednesday off the resort island, and concern is mounting it may have sunk too deep to reach or recover in time.

The navy chief said the submarine was expected to run out of oxygen early on Saturday morning.

Military spokesperson Major General Achmad Riad said: “We will maximise the effort today, until the time limit tomorrow at 3am.”

There have been no signs of life from the submarine, but family members held out hope that the massive search effort would find the vessel in time.

Ratih Wardhani, the sister of 49-year-old crewman Wisnu Subiyantoro, said: “The family is in a good condition and keeps praying,

“We are optimistic that the Nanggala can be rescued with all the crew.”

Twenty-four Indonesian ships and a patrol plane were mobilised for the search, focusing on the area where an oil slick was found after the submarine disappeared during an exercise.

Rescuers made similar massive searches in the previous two days.

An American reconnaissance plane, P-8 Poseidon, was expected to join the search on Saturday and a second Australian ship was due soon.

Singaporean and Malaysian rescue ships were also expected in the coming days.

He asked Indonesians to pray for the crew’s safe return, while ordering all-out efforts to locate the submarine.

“Our main priority is the safety of the 53 crew members,” Mr Widodo said in a televised address on Thursday. “To the family of the crew members, I can understand your feelings and we are doing our best to save all crew members on board.”

The cause of the disappearance is still uncertain. The navy has said an electrical failure could have left the submarine unable to execute emergency procedures to resurface.

In 2000, the Russian nuclear submarine Kursk suffered internal explosions and sank during manoeuvres in the Barents Sea.

Most of its 118 crew died instantly, but 23 men fled to a rear compartment before they later died, mainly of suffocation.

In November 2017, an Argentine submarine went missing with 44 crew members in the South Atlantic, almost a year before its wreckage was found at a depth of 800 metres.

But in 2005, seven men aboard a Russian mini-sub were rescued nearly three days after their vessel was snagged by fishing nets and cables in the Pacific Ocean. They had only six hours of oxygen left before reaching the surface.

The German-built diesel-powered KRI Nanggala 402 has been in service in Indonesia since 1981 and was carrying 49 crew members and three gunners as well as its commander, the Indonesian Defence Ministry said.

Japan declares 3rd state of emergency for Tokyo, elsewhere ahead of Summer Olympics