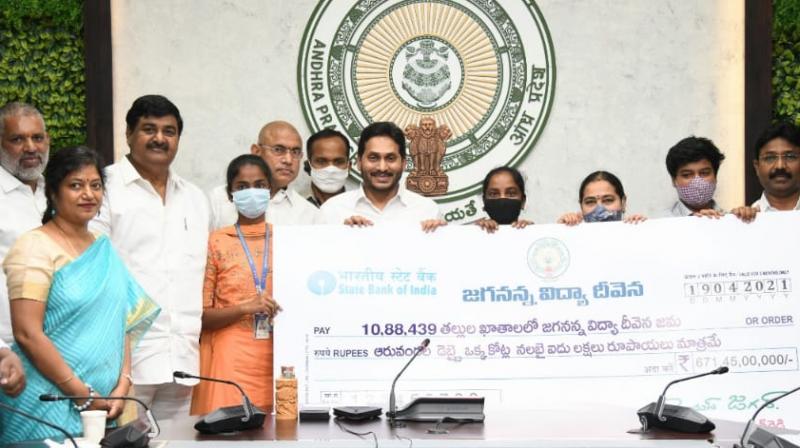 At a programme held at CM’s camp office here on Monday, the Chief Minister stated that the main objective in coming up with Jagananna Vidya Deevena scheme was to make education accessible to the poor students. Education was a wealth that can make students sustain on their own.

He explained about a series of schemes rolled out to promote education like Jagananna Goru Mudha, Amma Vodi and Vasati Deevena in order to ensure that no family should fall into debts for the sake of providing education for their children. He said that under Jagananna Vidya Deevena scheme, so far, an amount of Rs 4,879 crore was spent on 10.88 lakh students. Referring to the earlier practice where the fee-reimbursement amount used to be paid into the bank accounts of the owners of educational institutions, the new facility provides for cash assistance to the mothers of students directly.

Meanwhile, the education authorities advised the beneficiaries of the scheme to call on toll-free number 1902 in case they find any problem in the implementation of the Jagananna Vidya Deevena. Under the scheme, fee reimbursement is done in four phases. The first installment was released on Monday, the second to be released in July, third in December and fourth in February.