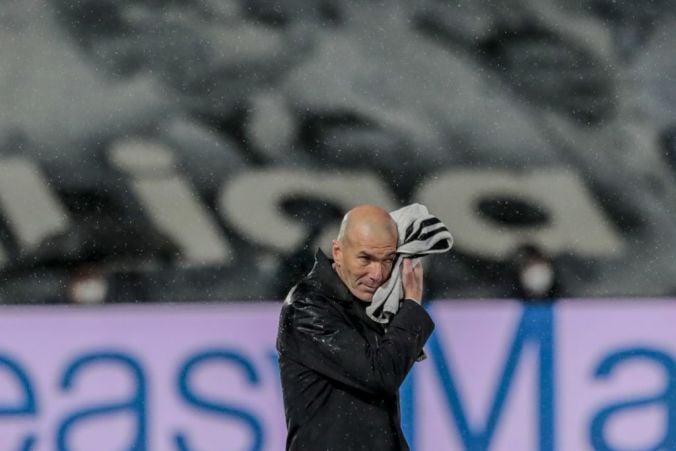 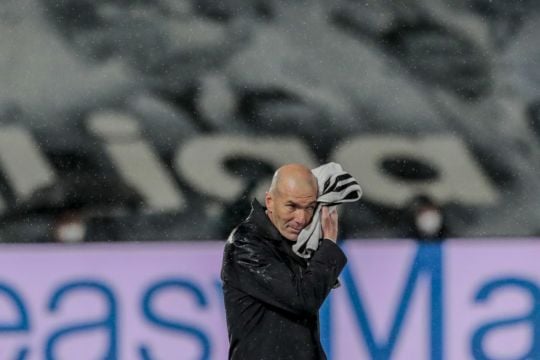 Zinedine Zidane insisted Real Madrid’s LaLiga title hopes were not over after a damaging goalless home draw with Real Betis.

Atletico have a game in hand, away to Athletic Bilbao on Sunday, while Barcelona – who have played two games fewer than Real – would draw level with them by winning at Villarreal.

👔💬 Zidane: "We lost two points tonight, that’s clear. We were very good in defence, but it’s true that we struggled in attack. We had a tough time getting into the match. We were missing something tonight, we weren’t as sharp up front."#RealMadridRealBetis pic.twitter.com/EptzgluwJU

“The league is five games to go, that’s still a lot,” Real boss Zidane said at his post-match press conference.

“We lost two points, but we’re going to keep fighting.

“Defensively we were good, but offensively we lacked a lot and were not very fine at the top.

“The league did not end today. The league remains, the others have to play.”

📌 The #LaLigaSantander table after today's results…

Real were without Ferland Mendy and Toni Kroos ahead of Tuesday’s Champions League semi-final first-leg tie with Chelsea.

But Belgium forward Eden Hazard made a cameo appearance in the final 15 minutes to mark his return from six weeks out injured.

“It has given good feelings,” Zidane said of Hazard’s return. “I am happy.

“He is one that is going to contribute, we are going to take advantage of that until the end of the season.

“The intention is that Mendy and Kroos return (for Chelsea), but we have to see.

“We have to recover as Tuesday is going to be the most difficult of the season.”

Betis midfielder Guido Rodriguez was satisfied with a fifth successive draw, which leaves the Andalusians in sixth place and clinging on to a Europa League spot.

“We’ve had quite a few draws not but these games are always very difficult,” Rodriguez told LaLiga TV.

“It’s important that we keep moving on and battling to finish in the Europa League places.

“They didn’t create any chances in the first half, the game opened up a bit more in the second half.

“We’ve had three games this week and the players have put in a lot of effort.”