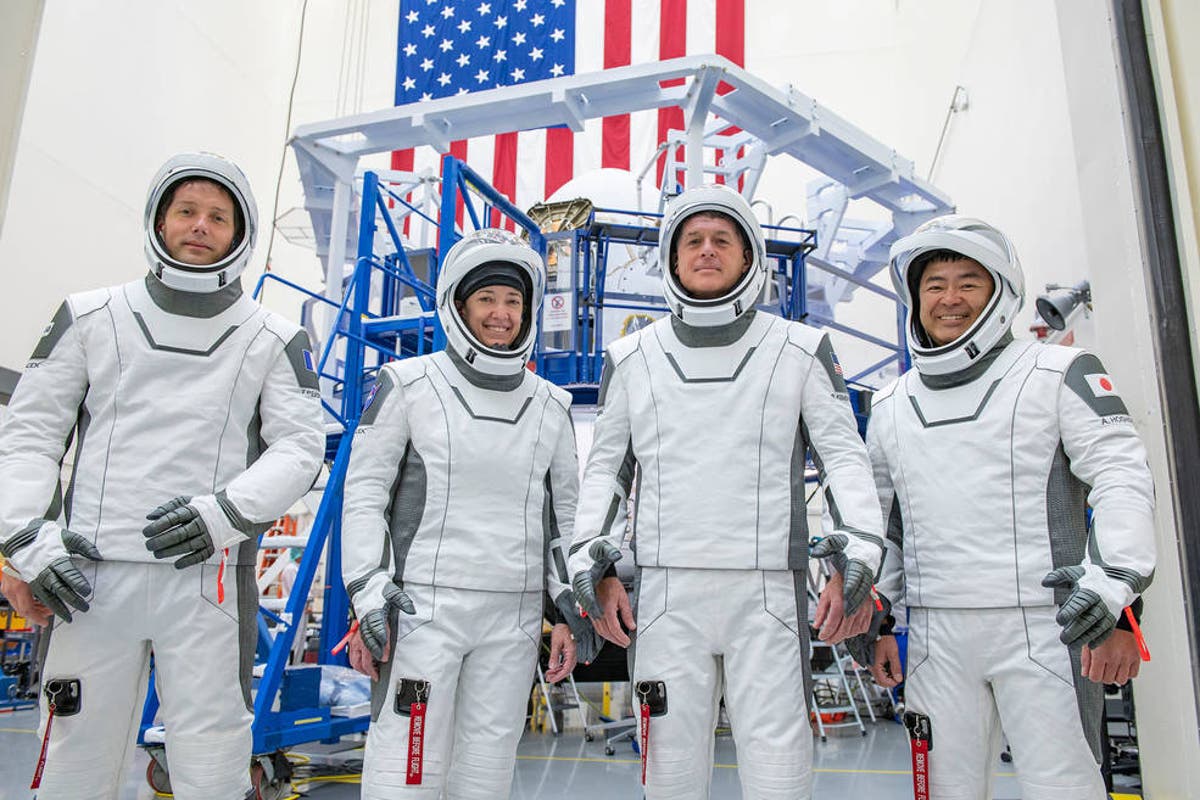 SpaceX is set to send four astronauts to space on behalf of Nasa, which has annoucned the mission is now “go”.

The announcement means that managers from both Nasa and Elon Musk’s space company have given the go ahead for the falcon rocket and the Dragon capsule that will be stuck to its top to carry the astronauts to the International Space Station.

They will spend six months on board the floating lab, swapping with another SpaceX crew that will soon come back home.

The mission, named Crew-2 as it is the second full trip by Nasa astronauts in the SpaceX craft, will be the first to use a Falcon rocket and Dragon capsule that have been recycled from a previous trip.

SpaceX refurbished both and added safety upgrades. Most of the capsule is already “flight proven,” company officials noted, except for some new valves, thermal protection covers and parachutes.

Kathy Lueders, head ofNASA‘s human exploration office, said it was “moving” to be on the verge of flying three SpaceX crew flights in 11 months.

“Looking back, it’s really, really amazing what both the SpaceX and NASAteams have accomplished,” she said.

SpaceX said it must resolve one issue before conducting a test firing at the launch pad this weekend. It appears the company has been loading more liquid oxygen into its first-stage boosters than anticipated, and engineers want to make “extra certain” that poses no safety risks, said Bill Gerstenmaier, a new SpaceX vice president who used to work for NASA.

Three of the astronauts are back for their second space station mission: NASA‘s Shane Kimbrough, France’s Thomas Pesquet and Japan’s Akihiko Hoshide.

For nearly a decade, the only route to the space station for astronauts was on Russian rockets.

NASAturned to private companies for taxi service after the space shuttles retired in 2011. SpaceX has been shipping cargo to the space station since 2012, using the same kind of rocket and similar capsules, and recycling those parts as well.