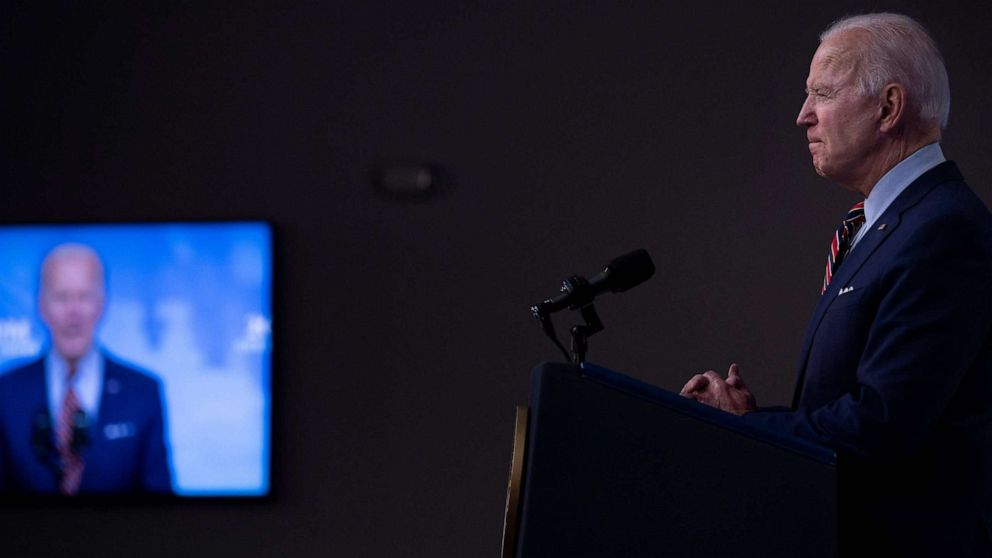 It’s a grand moment for global leadership — assuming the audiences at home and abroad are looking for it.

President Joe Biden faces perhaps his biggest test yet on the international stage with the two-day climate summit that begins on Thursday, a mostly virtual gathering organized by the White House to coincide with Earth Day.

Biden’s message to the world is a reassertion of American leadership to address climate change. He faces expected skepticism from familiar corners — China, Russia and swaths of the developing world — with the European Union jostling for primacy, and scrutiny on U.S. allies including Canada and Japan.

Some 40 heads of state will participate in the summit, in addition to Pope Francis, Bill Gates, a range of Biden Cabinet members and former Secretary of State John Kerry, in his role as special presidential envoy for climate.

Back on the home front, addressing the climate crisis is an expensive pillar of the president’s infrastructure package. Green initiatives face skepticism from Republicans as well as some Democrats, even while Biden is being criticized for not going further faster in committing to reduction of U.S. emissions.

Biden’s climate policy marks a dramatic reversal from that of his predecessor, a fact the president has been explicit in communicating to other world leaders.

Yet much of the impact the president is vying for is connected to domestic politics. Confronting climate change is intertwined with virtually the entire Biden agenda and showing leadership on the world stage only matters if the leading starts at home.

Less than 24 hours after former Minneapolis police officer Derek Chauvin was convicted of George Floyd’s murder, the Department of Justice announced an investigation into the practices of the Minneapolis Police Department.

“I know such wounds have deep roots,” Attorney General Merrick Garland said Wednesday. “And that too many communities have experienced those wounds, firsthand. Yesterday’s verdict in the state criminal trial does not address potentially systemic policing issues in Minneapolis.”

In the same vein, many would argue that while investigation of the department is warranted, investigating one agency doesn’t adequately address the issue of police violence and institutional racism. According to the Bureau of Justice Statistics, there are about 18,000 law enforcement agencies across the country, all with different standards, policies and practices.

Getting at the root of continued killings of people of color at the hands of police would have to be addressed more broadly and with legislation. The White House has called for the passage of the George Floyd Justice in Policing Act, but hasn’t been clear about its own work to get it through Congress.

Amid increasing momentum for police reform legislation following Chauvin’s guilty verdict, White House officials still struggled Wednesday to respond when asked about how Biden will publicly engage Republican lawmakers to ensure the act named for Floyd makes it to his desk.

While celebrating 200 million shots, Biden issued a plea to non-vaccinated Americans — careful to avoid partisan framing. He said anyone waiting shouldn’t delay and noted that his direction to make everyone over the age of 16 eligible came “with the support of 50 governors, Republicans and Democrats alike.”

Iowa Gov. Kim Reynolds, a Republican, appeared to echo Biden’s sentiments on vaccine hesitancy, saying, “If you’re opting to wait and see, what are you waiting for? If you’ve been a hard ‘no’ from the start, what’s your reason? And if you can’t answer those questions, maybe — we hope — that you take the time to reconsider.”

A recent Monmouth University poll indicated that political partisanship remains “the main distinguishing factor among those who want to avoid the vaccine altogether,” with 43% of Republicans and 22% of Independents who said they would avoid getting vaccinated, compared to only 5% of Democrats.

Biden’s senior adviser for COVID response, Andy Slavitt, pushed back on those findings and pointed out on CNN that a majority of older people — many of whom he said were likely to be Trump supporters — have been already vaccinated. He said those still holding out are “people who have questions about the vaccine that they want answered and we need to treat those questions with respect and legitimately and get them straight answers.”

ABC News’ “Powerhouse Politics” podcast. Susan Page, USA Today’s Washington bureau chief and author of “Madam Speaker: Nancy Pelosi and the Lessons of Power,” told ABC News Chief Washington Correspondent Jonathan Karl and Political Director Rick Klein that while Pelosi can stumble when she speaks extemporaneously, “she is a master of the inside game of politics and of being a legislative leader.” https://bit.ly/3oMKdUP