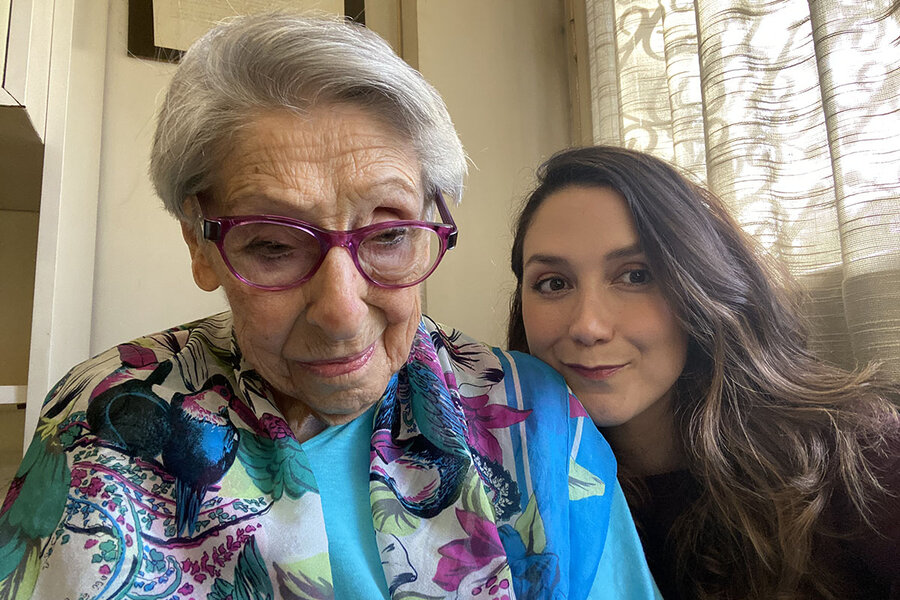 When the first lockdown of the pandemic came, driving countries to hunker down and close their airspace, many Europeans were forced into a hard decision: stay put in their adopted nations, where they had jobs, or return to their homelands, where they had family.

For Flavia Brunetti, the choice was clear. She sped out of Tunisia on one of the last Alitalia flights still wearing a pajama top so she could reach her Aunt Letizia, now 95. It was inconceivable to let the person who raised her confront the logistics of a lockdown alone. “All of a sudden I realized that I could become cut off from my family,” says Ms. Brunetti. “I grabbed my laptop and that was it.”

She was not the only one racing to get home before the borders closed. As Italian newspapers have noted, where the tears of Italian “mamas” failed, the COVID-19 crisis has succeeded in bringing back home youngsters working and studying abroad. Nations across Europe that had seen an exodus of their best and brightest in the years before the pandemic have welcomed the return of young professionals like Ms. Brunetti. Remote working has allowed high-income Romanians to return. Poland, Latvia, and Bulgaria are also drawing back top talent.

With the pandemic-driven return of the sort of top talent that usually goes abroad, countries like Italy and Romania could see the economies – and values – of their societies altered.

And if countries like Italy and Romania want to keep their returned people home – if simply as a way to help get out of the pandemic-spurred economic crisis – the challenge now is to figure out how.

“It is a priority for every country to bring back talented people, because if not the disparities in the European Union will only grow,” says Marius Bostan, a former Romanian communications minister now spearheading RePatriot, a platform focused on fostering the return of Romanian entrepreneurs. Romania has the largest share of working-age mobile citizens in the European Union, with millions of Romanians working across the bloc. “We have a lot of business opportunity but we do not have enough entrepreneurs in our opinion, not enough competition.”

Southern European nations were already on the economic back foot before the pandemic struck, but now they face the worst economic crisis to hit Europe since World War II. As such, many countries boosted tax incentives for returnees: Italy, with a diaspora of 5.5 million, a third of whom hold university degrees, did it before the pandemic struck Europe, while Greece rolled their plans out last year.

But for many, the decision to return came from a desire to put family first, particularly older and younger relatives. Ms. Brunetti, a humanitarian worker and novelist, continued her job remotely before shifting to a position in Rome in December. The pandemic, she says over Zoom, shifted priorities and sparked an instinct to protect vulnerable people. “Everybody wants to go back to normal, but I think the world will be different,” she says. “We will have to be kinder.”

Ornella Leone lives in Palermo with her husband but works for a German company. She chose Italy over Swiss financial hub Zurich because in Palermo, she enjoys the support of her mother and three sisters in raising her baby daughter. Day care is a fraction of the cost of that in Switzerland. All this, plus the proximity of beautiful beaches, adds up to a better work-life balance.

The Italian government, she notes, offers tax discounts for Italians who return after living at least two years abroad. That tax break is even greater for those who choose to be based in southern Italy, where poverty is highest and professional opportunities scarce. The fiscal incentives run from five to 10 years, depending on whether you have children or purchase property.

Women like Ms. Leone and Ms. Brunetti are not alone in prioritizing family. A survey by an Italian think tank in Milan and consulting firm PwC found 1 in 5 Italians abroad want to return for family reasons over professional considerations. The pandemic leveled the playing field because it meant job losses and lockdowns everywhere.

At the same time, the Italian government was perceived as handling the pandemic effectively, especially initially when other nations were downplaying the severity of the virus. Despite the economic and infrastructural challenges, there is a strong perception in Italy of a better quality of life and a high level of trust in the health care system.

“A lot of young managers who have come back to Italy want to remain in Italy,” says Patrizia Fontana, president of corporate headhunters Talents in Motions in Milan. “This is happening now, after September, October. … On the other end, there are a lot of Italian companies that are taking this period to improve their programs to attract new managers, even though this is a very hard moment in Italy.”

Even so, Nicola Nobile, lead economist at Oxford Economics, is skeptical those who returned in 2020 will stay. “It has yet to be seen if this is something that will help in the margins or whether it will be something more substantial,” he says. “Trying to come up with a definite conclusion now is a bit too soon because we don’t know literally what will happen next month.”

He believes despite the sharp rise in remote work – which some companies and individuals will maintain – the majority will go back to the office when the crisis passes. Italy, which is tentatively easing restrictions on a region-by-region basis, will have to offer more than fiscal incentives to win back its brains; a million Italians left in the past decade due to lack of opportunities.

“Romania has a lot to offer”

Romania, which is the No. 1 exporter of labor in the European Union, faces a similar challenge, despite having one of the fastest-growing economies in the EU in the years leading up to the pandemic.

Half a million Romanians left to work in other parts of Europe when the country joined the bloc in 2007. Millions more have followed. At the same time, the pandemic has highlighted the absence of more than 39,000 Romanian-educated nurses and 20,000 doctors practicing abroad.

When Bogdan left the Eastern European nation, he was earning $500 per month. An international career took him to Asia and London, where he was a top taxpayer, earning more than £150,000 ($208,000). The pandemic put a stop to international commuting and he relocated to Romania, where his children attend school. (He asked that his full name not be used because is not authorized to talk to the press by his employer.)

Where he is physically “really makes very little difference to the actual work,” he points out. “If you’re working for a foreign company from here, Romania has a lot to offer. The nature is beautiful; the purchasing power of the money is still OK. It’s a good lifestyle.”

Lisa Stoica left a job in preschool education in Sweden to be closer to her aging parents in Bucharest. She is now exploring opportunities to create early education projects with EU funds. “I’m at a point in my life where a salary is not as important as my own peace of mind,” she says, but she doesn’t exclude leaving again if things don’t work out.

Some estimate the Romania returnees over 2020 to be as high as 1.3 million, although experts caution that figure is misleading as it includes those who come and go for seasonal jobs in areas like agriculture and care work. But even a fraction of that number, especially if they are highly skilled, could have an impact in a country with fewer than 20 million people, which is why Mr. Bostan is so keen to bring more of them back.

“In Romania, we have free education including university. If you count all the Romanians who leave, and you add up the cost of education and so on, it’s a huge amount of money,” he says. “The people who leave, they have a little bit more risk-appetite; they are more entrepreneurial in mindset.”