Soldering radio components, making various crafts with soldering elements, pyrography, all these operations are accompanied by the presence of smoke or vapors, negatively affecting health. The second problem is that the smoke obscures the work area. In all these and many other cases, the presence of a practical, beautiful and simple exhaust device will help.
This extractor was designed from scratch by the master for a 120 mm fan. The fan is powerful and will be more than enough for such work. The extractor not only draws out smoke and vapors, but also passes them through a charcoal filter, on which most of the harmful substances settle.
Tools and materials:
-120mm 12 V fan with strong airflow (CFM -200) *;
-Fan grille 120 mm; -Activated carbon filter 12.8×12.8; -Power supply 12V; -Switch 10×15; -Resistor 470 Ohm; -LED; -Connector 12V;
-Square nuts 8pcs. M3; -PWM controller of the speed of the DC motor;
-M3x12 screws – 8 pcs;
-Heat shrink tube; -M3 hex key or screwdriver nozzle; -Soldering iron; -Knife; -Multimeter; -Lighter or hair dryer;
-Super glue;
-3D-printer; -Filament for 3D-printer;
* CFM – Fan capacity (amount of supplied air, cubic feet per minute). A 40×40 mm fan has a capacity of up to 7 CFM, 50×50 – up to 10 CFM, 60×60 – up to 15 and more CFM. 1 cubic meter equals 35.3 cubic feet. 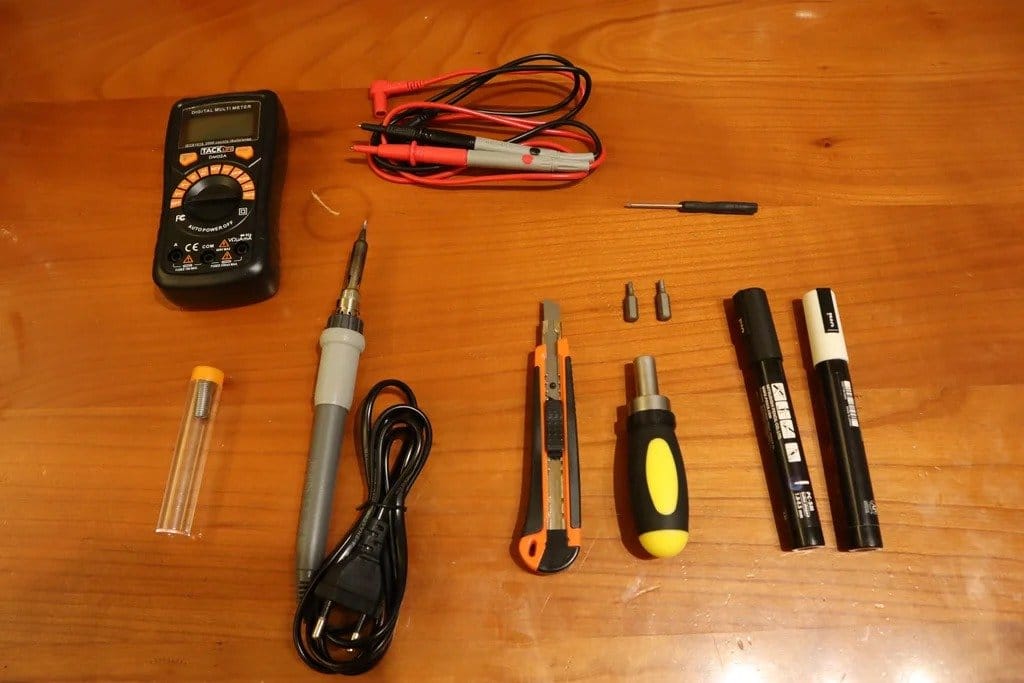 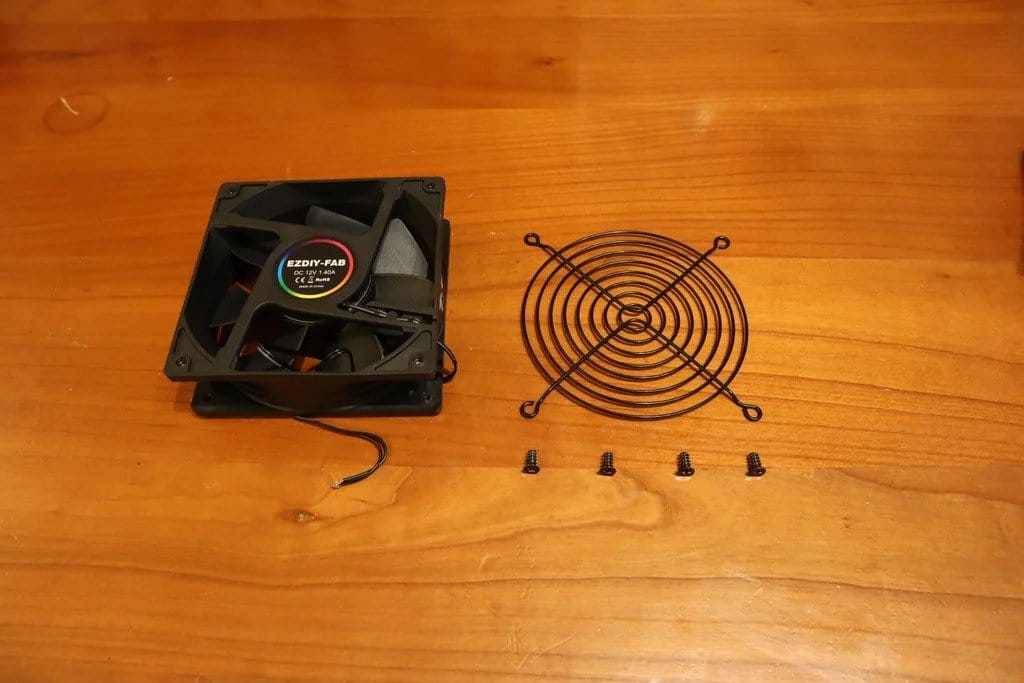 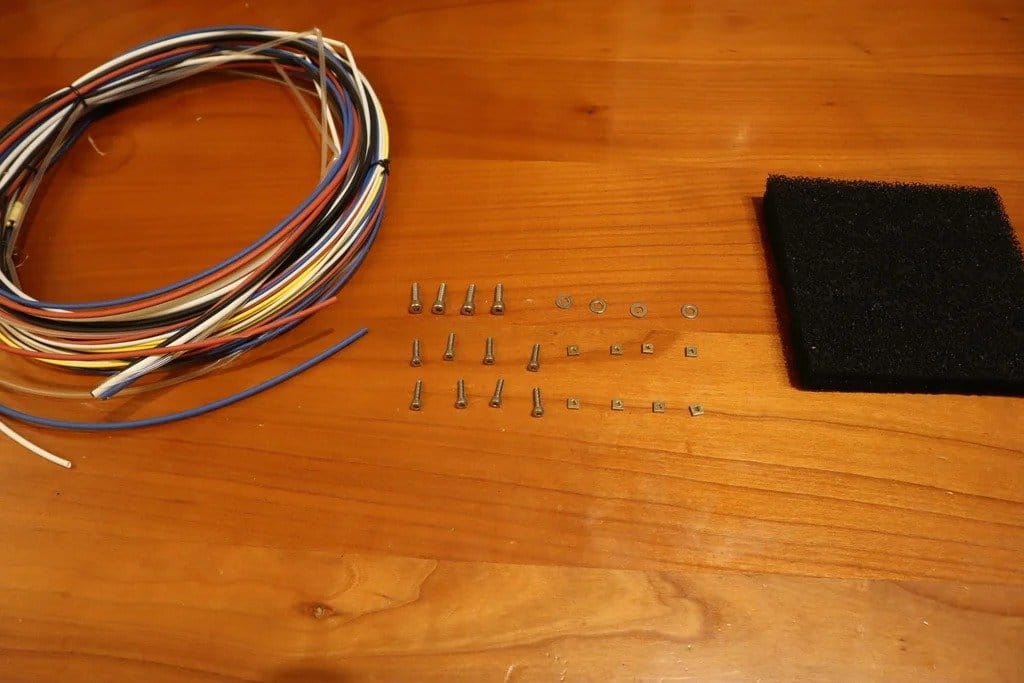 Step one: preliminary assembly
The wizard tests the circuit before assembling the device. The scheme is simple. The power adapter is used for power supply. When it is connected and the switch is closed, the LED is on. To adjust the fan speed, the circuit has a PWM controller. 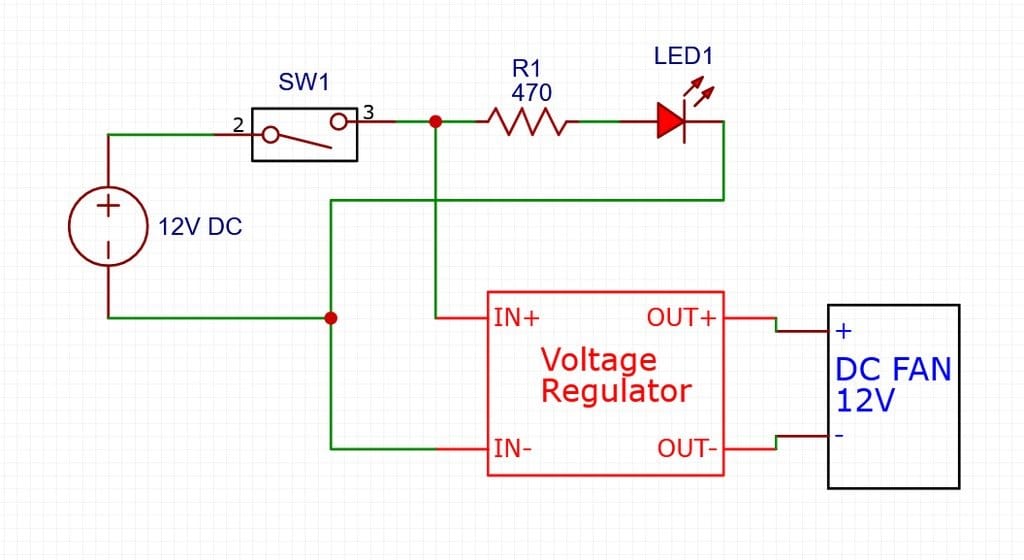 Step two: 3D printing
The master first designed the body for the extractor and then 3D printed it.
All parts have two sides, they can be recognized by the screw holes. Outside side with large holes. Large holes are needed for recessing the screw head.
Print files can be downloaded here. 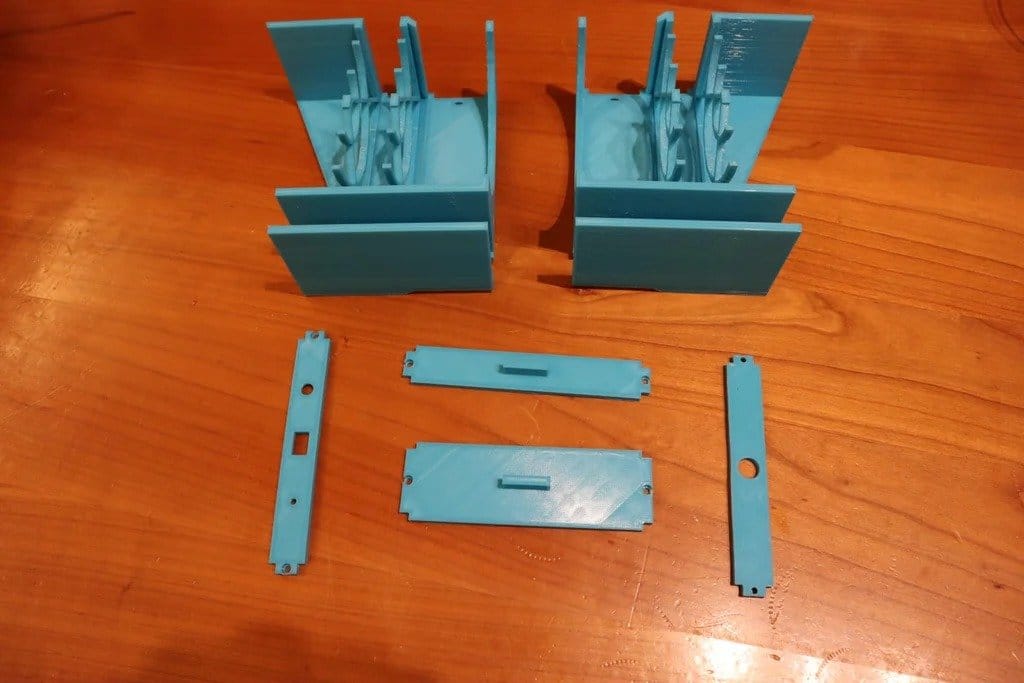 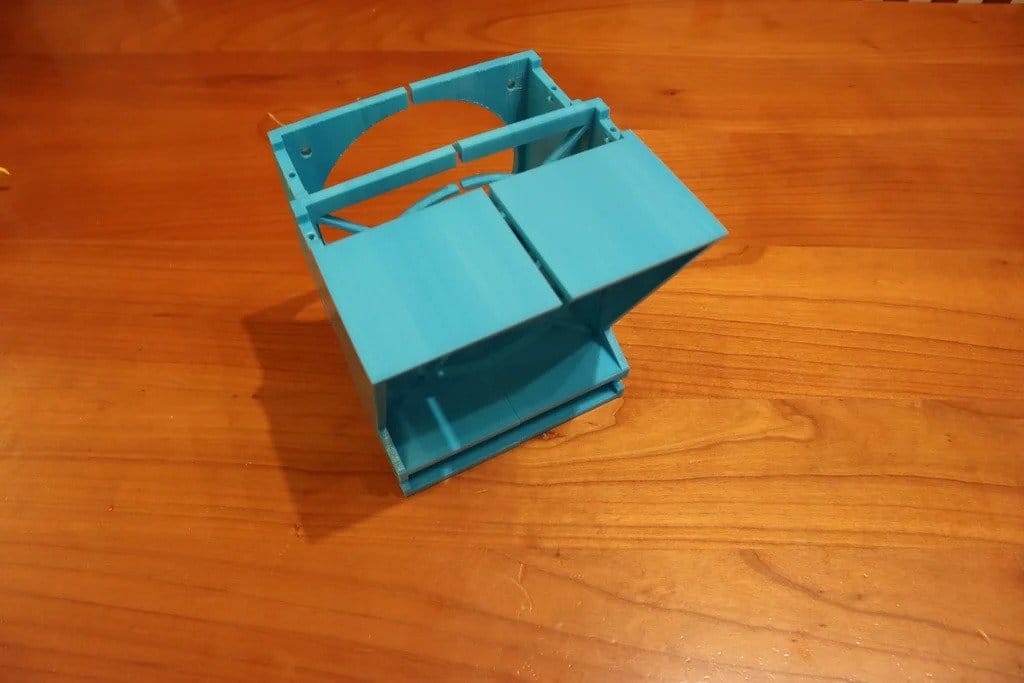 Step three: assembling the back cover
Now you can start assembling the extractor. First you need to assemble the back. On the back is the DC female connector.
Installs the DC connector into the hole in the cover and secures with a nut.
The female connector has 3 pins, but in this case only two will be needed. You need to connect the plug of the power adapter to the connector, and test which contacts it goes to. Then you need to solder the wires to them and mark them (+ and -). 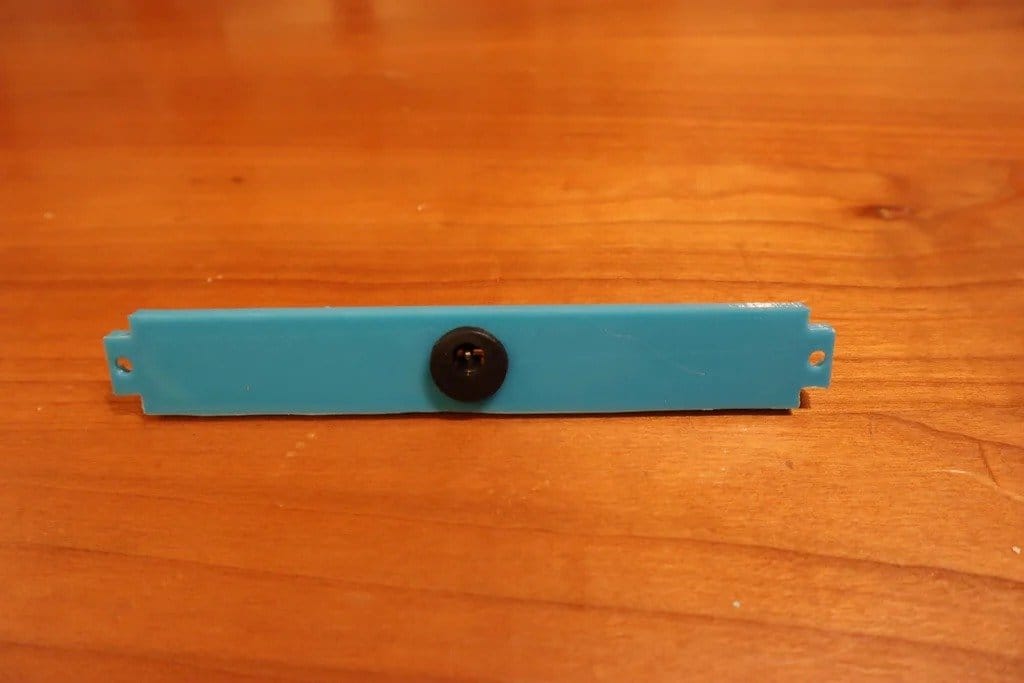 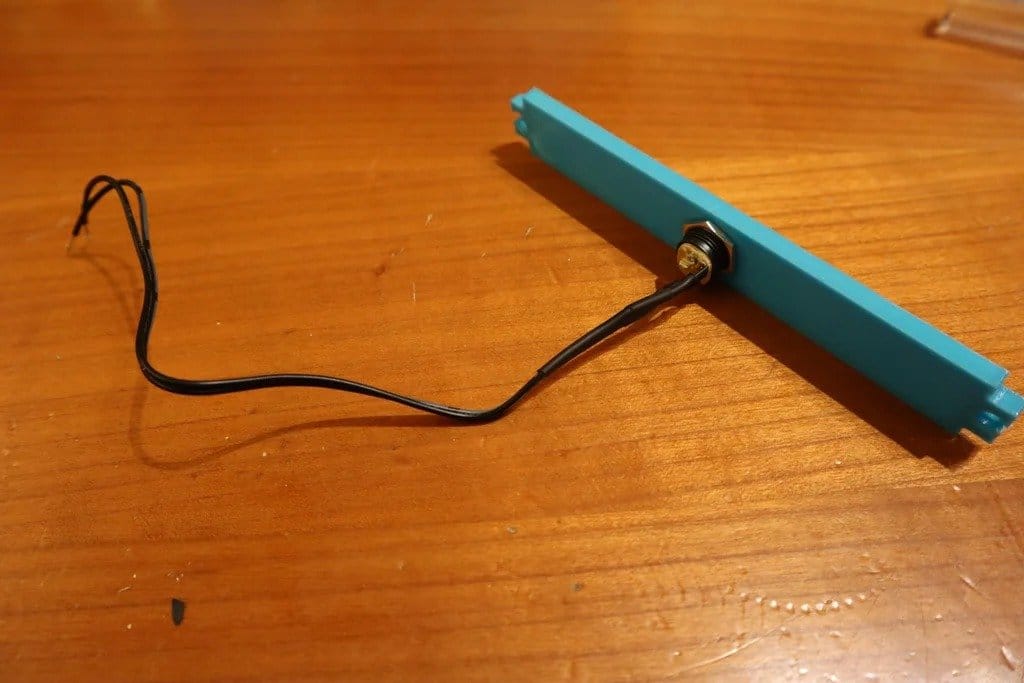 Step four: front cover
A switch and an LED are installed in the front cover.
Insert the LED into the LED hole and glue it with super glue.
Note which leg of the LED is positive, in this case the longer one, and solder a resistor to it. Solder a piece of wire to the other leg.
Install the switch in the hole. Solder the positive lead from the DC adapter to one pin of the switch, and solder a resistor to the other pin of the switch.
Twist the LED negative wire with the DC negative wire so you can check the circuit.
Install the voltage regulator in the hole provided for it and secure it with the nut.
Step five: fan connection
Next, you need to connect the positive wire from the switch to the DC IN + terminal on the voltage regulator, and the negative wire from the power connector to the DC IN – terminal. The LED on the voltage regulator should light up. Now we connect the positive and negative wires from the fan (passing through the built-in hole in the bottom of the case) to the + and – terminals of the regulator.
The fan should start rotating when the power supply is connected, the switch is on and the regulator is in the operating position.
Step six: final assembly
Now we need to assemble the rest.
We combine the two halves of the case and fasten the back and front covers. The fan must be fixed together with the fan grill. Then you need to install two carbon filters in their designated place in front of the fan, and then screw the top covers to the case. 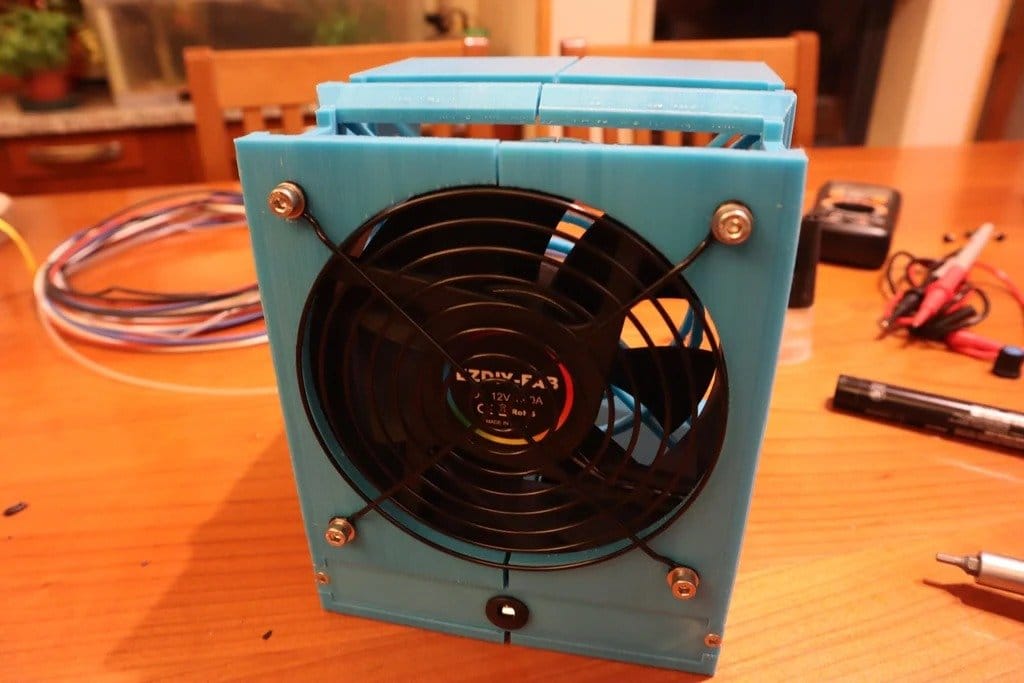 Everything is ready. We now have a smoke extractor.
[center] 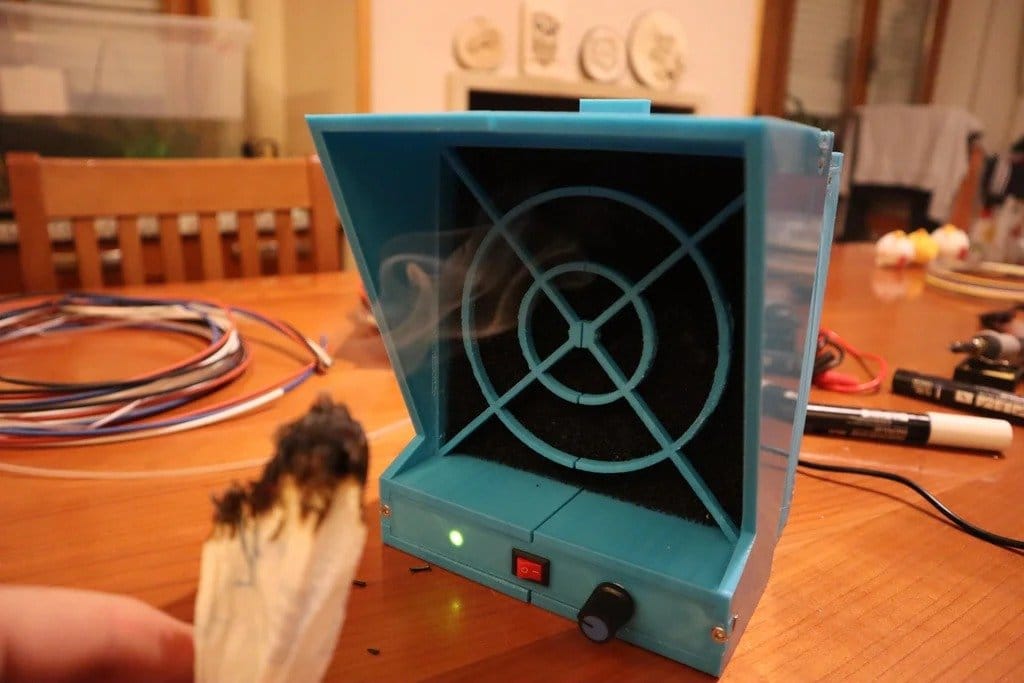 How to make a pusher for a circular saw