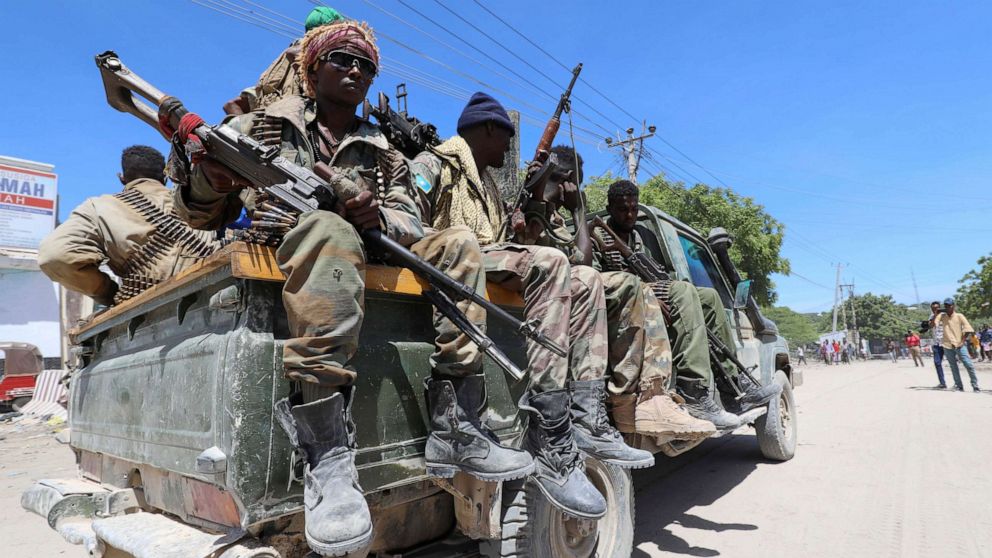 LONDON — As rival factions in Somalia’s military clash over the president’s extended stay in power, the United States stands ready “to consider all available tools,” according to U.S. Department of State spokesperson Ned Price.

“The United States is gravely concerned by the violent clashes yesterday in Mogadishu. We call on all parties to exercise restraint and to resolve their differences peacefully,” Price said in a statement on Monday evening. “Dialogue and consensus are the only ways to resolve the electoral impasse, and we urge parties to resume negotiations at once to arrive at an agreed way forward for immediate elections. As the Secretary has stated previously, the United States is prepared to consider all available tools, including sanctions and visa restrictions, to respond to efforts to undermine peace and stability in Somalia.”

The U.S. Department of State has issued a Level 4 travel advisory for Somalia and is advising Americans not to travel to the volatile Horn of Africa nation, citing “COVID-19, crime, terrorism, civil unrest, health issues, kidnapping and piracy.” Meanwhile, the U.S. Embassy in Mogadishu posted a security alert for all Americans in Somalia on Monday, urging them to “review your personal security plans, have evacuation plans that do not rely on U.S. government assistance, and make contingency plans to leave.”

“An ongoing political impasse in Somalia led to a significant outbreak of violence in Mogadishu between government and opposition-affiliated forces on April 25, 2021. This violence included the use of heavy weapons, including explosives,” the embassy said. “Violence such as this may occur without any ability to provide advance warning to U.S. citizens.”

Gunfire rang out in Somalia’s capital on Sunday as fighting erupted between units of the country’s security forces that are for and against Somali President Mohamed Abdullahi Mohamed, better known by his nickname Farmajo, who signed a law on April 13 extending his and his cabinet’s mandates for two years, stoking opposition at home and abroad. Mogadishu residents were seen fleeing from their homes as mutinous soldiers, many still in uniform, stationed themselves at key intersections in the capital with truck-mounted machine guns, rocket-propelled grenade launchers and assault rifles.

Somalia, ravaged by decades of clan-based civil war as well as a yearslong insurgency at the hands of al Qaeda-linked terrorist group al Shabaab, was slated to hold a presidential election in early February but the vote has been delayed due to disputes between political stakeholders on the electoral process. The African Union’s Peace and Security Council is expected to send a special envoy to Mogadishu to oversee the efforts to resolve the stalemate.

The United Nations Assistance Mission in Somalia (UNSOM) said it has “repeatedly warned that the extension of mandates would lead to a political crisis and undermine peace, stability and security in Somalia.”

“We urge all sides to exercise maximum restraint, resume dialogue, and avoid unilateral actions that may lead to a further escalation,” UNSOM said in a statement Tuesday. “We are alarmed especially by the emerging fragmentation of the Somali National Army (SNA) along clan lines, which detracts from its primary task of combating Al Shabab and protecting the Somali population. Use of security forces for pursuit of political objectives is unacceptable.”

The U.S. Embassy in Mogadishu said the security situation there “has deteriorated in the last few months.”

“March saw the highest number of improvised explosive device (IED) attacks in Mogadishu since September 2019,” the embassy said in its alert Monday. “Mogadishu has experienced one suicide vehicle-borne IED each month in 2021 compared to six for the entirety of 2020. This apparent increased capacity to conduct suicide terrorist operations, against a backdrop of political uncertainty, has the potential to affect Somalia’s security situation with no warning.”

Somalia’s Ministry of Internal Security said its forces on Sunday “foiled several attempted attacks against the public and shut down the organized militia who entered the Capital.” The ministry warned “against the politicalization of our security agencies.”

Both former Somali President Hassan Sheikh Mohamud and Abdirahman Abdishakur, a Somali presidential candidate and opposition leader, have accused Farmajo’s forces of attacking their homes in Mogadishu on Sunday. The Ministry of Internal Security said it was “deeply concerned by the grave accusations.”

“All our Former Heads of State are highly protected by the National Guard and as such, any threats to them and their families remain a matter of huge concern to the Federal Government of Somalia,” the ministry said in a statement Sunday.

Somali Prime Minister Mohamed Hussein Roble has called for a cease-fire and an emergency meeting of various sectors of society to discuss the country’s security.

“I call on the security forces to ensure the safety of the citizens, not to get involved in politics, and to refrain from any actions that could destabilize the country,” Roble said in a statement Tuesday.